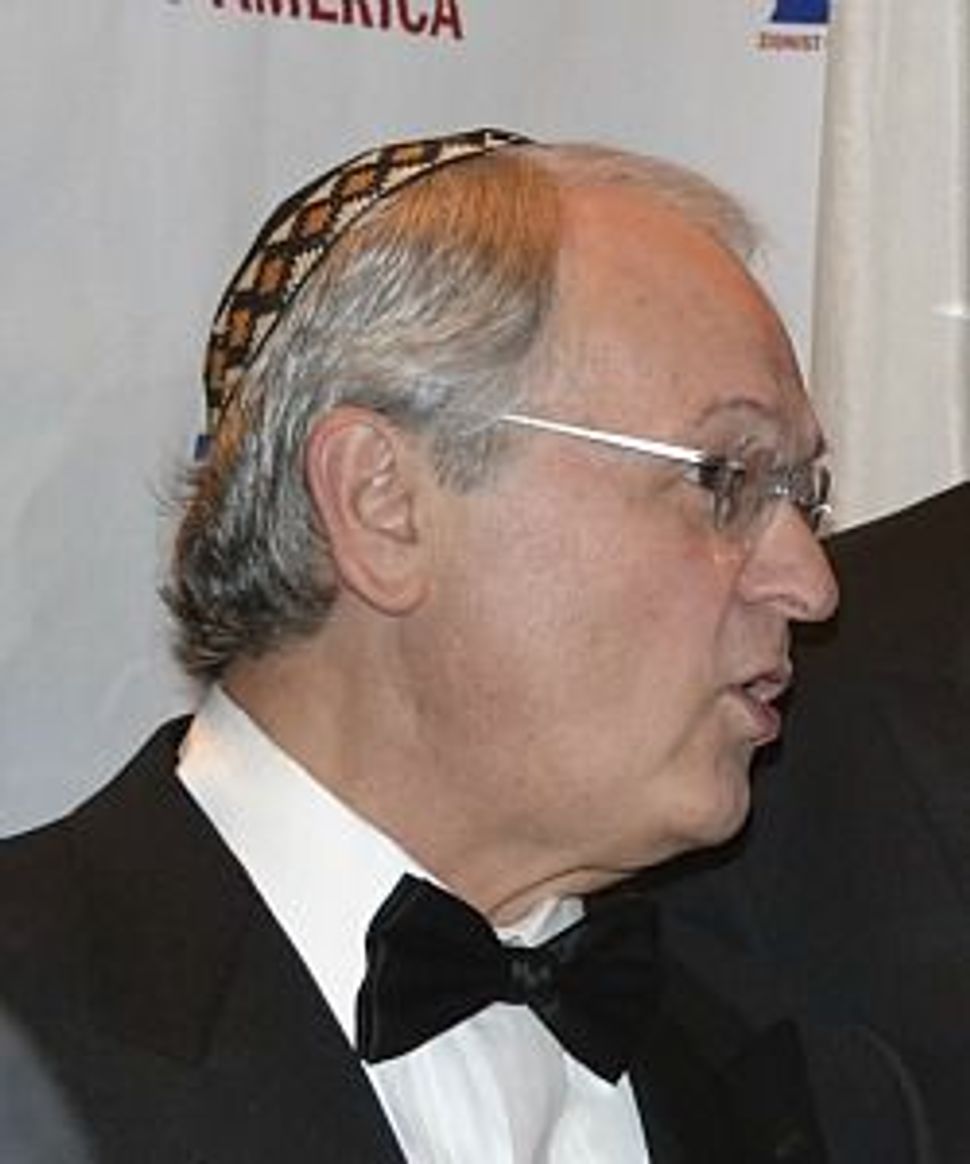 The revelation that the Zionist Organization of America, the group on the stodgy, venerable right-wing flank of American Zionism, has lost its status as a tax exempt organization is astonishing. News that some members of their board haven’t seen the ZOA’s budget in at least four years had my jaw on the floor.

The most unbelievable part: After all this, the ZOA board held a vote of confidence in Mort Klein, the longtime leader who has overseen these amateur-hour antics. Only one board member voted against him.

I feel safe in these assumptions despite Klein’s lack of confidence in me. He published an attack on me in May, in which he called me “young and inexperienced” and my writing “amateurish.” Despite these handicaps, I shall press on and explain what I can with my meager knowledge of such things.

When I was 17 and 18, I held down a post on my synagogue’s board of trustees. I have since worked closely with executive directors at two different non-profits. And a year ago, I joined noble ranks of those who work with non-profit boards full-time. I am the editor in chief of New Voices, a magazine written and published by Jewish college students, and the executive director of the Jewish Student Press Service, New Voices’ parent organization. Given all of that, I’ll reiterate my position that I’m somewhat qualified to have an opinion about the ZOA’s current struggles.

Here’s how such esoteric matters work here at the JSPS. At the end of each fiscal year, I create a budget for the coming year and present it to my organization’s board of directors. They question me about it, they ask me to make this change here or that tweak there. Once they’re satisfied, they approve the budget.

But now we know that things work a little differently at the ZOA. They told the Forward that their budget is not approved by the board, but by a financial committee. It’s quite normal for the board of a non-profit to have a financial committee that is responsible for helping to craft the budget. But in the end, the entire board should still vote on the proposed budget.

The reason my board members subject themselves to the horrors of perusing the proposed budget every year is that they did not join the board just for the parties. As board members, they hold a position with certain responsibilities before the law including, most importantly, fiduciary responsibility. If there is malfeasance, board members may be personally exposed to the risks involved, including personal financial liability.

That any of the ZOA’s board members tolerate a situation in which they are legally responsible for the financial well-being of an organization without regularly being offered the chance to examine that organization’s budget is astounding. Or, even more troubling, perhaps they allow this status quo to persist because they are simply unaware of their legal obligations as board members.

But to some extent, whether the board gets a proper crack at the budget is beside the point. That issue alone would not cause the ZOA to lose its tax-exempt status. To maintain that status, non-profits file IRS Form 990, the form that proves they deserve to remain tax exempt. And as the Forward has reported, ZOA failed to do so for three consecutive years.

On their page about the ZOA, guidestar.org, best friend of snooping journalists everywhere, puts it like this: “Further investigation and due diligence are warranted.” Indeed.

From where I’m sitting, it’s not so hard. Once a year, I open up QuickBooks, export a couple of files and email them to our accountant. Then he fills out our 990-EZ, the version of the form for small organizations such as ours, and I sign it and mail it to the IRS.

Then again, what do I know? As you can no doubt tell by now, my writing is “amateurish.” At 23 years of age, I am certainly “young and inexperienced.” Never mind that I’m the head of a non-profit organization that somehow manages to maintain its tax-exempt status year after year. You should probably disregard everything I’ve said and ask someone else about it.

What do you say, Mort?

David A.M. Wilensky is editor in chief of New Voices and the Jewish Student Press Service, which is still tax exempt after 42 years of being run by the young and inexperienced.