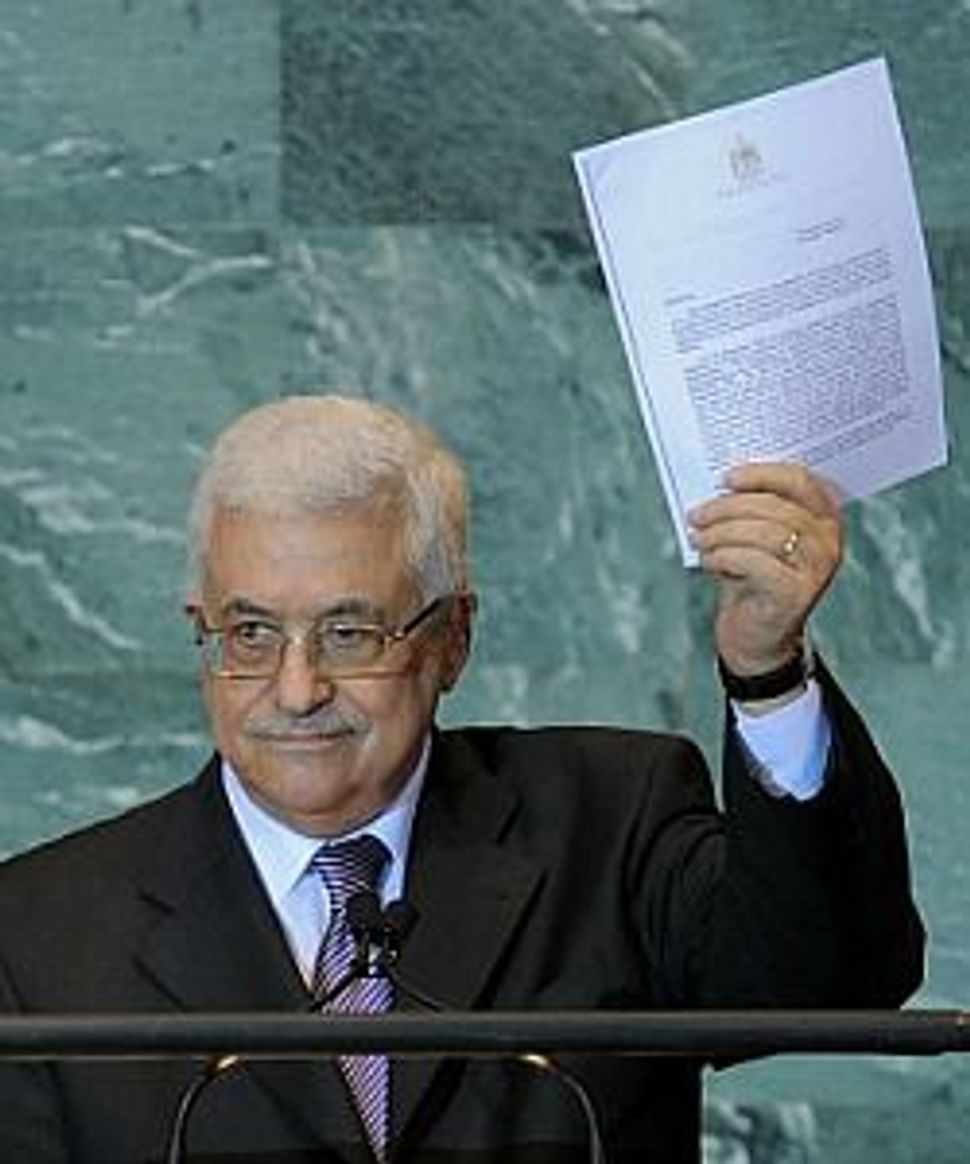 In Take 2 of its push for unilateral statehood the Palestinian Authority has announced it will ask the United Nations to upgrade its status from “observer entity” to “observer state.”

“After the U.N. vote … Palestine will become a country under occupation. Israel will not be able to say that this is a disputed area,” chief Palestinian negotiator Saeb Erekat reasoned. “The terms of reference for any negotiations will be about withdrawal, not over what the Israelis say is legal or not legal.”

Israel has long been opposed to unilateral moves by the Palestinians, and soon after details of the latest plan became public condemned it. “The Palestinians committed themselves to resolving all outstanding issues in negotiations, and such a unilateral action would be viewed as a violation,” said Mark Regev, spokesman for Prime Minister Benjamin Netanyahu.

But is this the final word on the subject?

Could this approach change if it looks like the PA is about to get the outcome it hopes for at the UN? What about if it does win the vote? Or if there are elections in Israel and there’s a new Prime Minister with a different way of looking at things?

There is one school of thought according to which neither Israel nor the Palestinians are ready for a comprehensive settlement that deals with all points of conflict, yet unilateral actions by both sides could bring about a de-facto peace.

In other words, if the Palestinians look like they are about to get their way at the UN, or if have won a vote, it’s conceivable that the Israel, could stop declaring its opposition to unilateralism and either turn a blind eye, accept a declaration of statehood, or somewhere in-between.

In such a scenario, it’s possible that Israel would unilaterally pull out of some parts of the West Bank, as it did in Gaza during the disengagement, meaning that there would be a peace process, but not as we know it.

It sounds far fetched, especially if Netanyahu remains in office, but it is worth remembering that it’s not far from what Ariel Sharon did. He left Likud and set up Kadima in 2005 so he could proceed with the Gaza disengagement, and though he entered a coma before elections, he was expected to go to the polls on a plan of unilateral withdrawal from large parts of the West Bank.