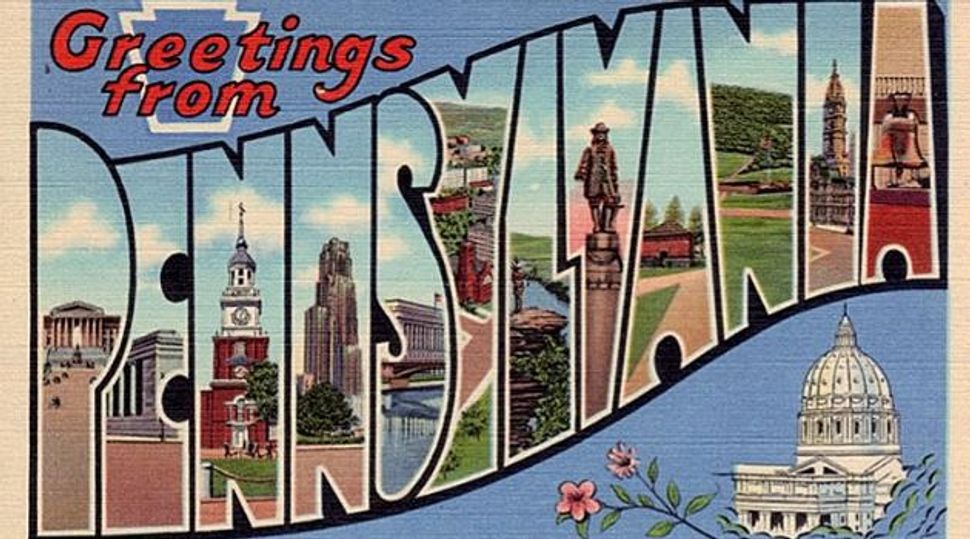 Pennsylvania, it seems, has lost its swing. We’re not talking 1940s big band music or even baseball here, despite the disappointing finish of the Phillies and the Pirates. The losing streak extends to the political realm as well. This once heavily courted state is quickly losing its standing as a toss-up. With President Barack Obama enjoying leads in recent state polling, the Keystone State no longer merits the star status it commanded — and enjoyed — in previous presidential battles.

For Obama supporters, of course, this is a good thing. They’ll sacrifice all the attention for the peace of mind that Obama is ahead. Mitt Romney supporters, for their part, hold out hope that the dynamics could still change in the final weeks of the campaign, given Romney’s first debate bounce.

It’s easy to see why until just a month ago Pennsylvania rated swing status. Although the Democratic candidate has trumped his opponent in the state in each of the last five presidential races, the fact is that Pennsylvanians defy easy prediction when it comes to choosing their political leaders. Their erratic voting record is why the state often arouses the hopes of candidates across the political spectrum. This is, after all, the state that elected a (Jewish) Democrat, Ed Rendell, as governor during the same period that Rick Santorum, the archconservative and recent presidential hopeful, represented the state for two terms in the U.S. Senate. Since the 1970s, in fact, residents here have thrown the party in power out of the governor’s mansion in Harrisburg every eight years. And while Obama won here easily by more than 10% in 2008, two years later, voters elected conservative Republicans Tom Corbett as governor and Pat Toomey as junior senator.

It follows that when the Keystone State is in play, so, too, are its Jews. Jews make up an estimated 2.3% of the state’s population, according to Jewish Virtual Library, with close to 300,000 Jews in all. With a demographic that skews older, the number of actual voters in that mix could make a difference in a close election. More than two-thirds of Pennsylvania’s Jews live in Philadelphia and its ever-extending suburbs. This includes Montgomery County, once a Republican stronghold, which since 2008 has more registered Democrats than Republicans. In 2008, the county, where 30% of the region’s Jews live, garnered national media and campaign attention as a must-win and bellwether for where the nation was headed.

But as the campaigns turn their attention elsewhere, the Jewish community is not attracting the multiple high-level surrogate appearances and advertising dollars it did in the past. Even the Republican Jewish Coalition, which had positioned Pennsylvania squarely in its $6 million campaign to target Jewish constituencies in battleground states, has significantly scaled back its operations here.

While the national pitch for the Jews has shifted to Florida, Ohio and Nevada, locally, Jews are still swinging hard — both for the candidates and at each other.

Both Romney and Obama have garnered significant financial support from Pennsylvania’s Jews. Although figures are hard to come by, given the lack of full disclosure on campaign financing, insiders say that Romney has pulled in more Jewish Republican funds than did previous GOP nominees. The Philadelphia Jewish community boasts Romney’s state finance committee chairman, attorney Charles Kopp, and a top bundler, Mitchell Morgan, a Montgomery County developer. As the Jewish Exponent’s Bryan Schwartzman reported recently, Morgan says he has raised a total of $1.7 million from friends and associates and has hosted the candidate in his home three times in the past year.

Although Obama apparently has not done as well here among big givers as some of his Democratic predecessors, especially Bill Clinton, both camps say he has out-raised Romney. One of his biggest local boosters is David L. Cohen, a former chief of staff to Gov. Rendell and now Comcast Corporation’s executive vice president. He hosted two fundraisers for Obama last year — with the president in attendance — that netted $1.2 million.

The most interesting aspect of the race, as is often the case, is the view from the ground. Pennsylvania Jews, like all Jewish communities, are not monolithic. Philadelphia boasts a particularly diverse collection of Jews, with its share of Rabbis for Obama as well as a growing and vibrant Orthodox community, most of whom skew Republican; activists around the state are engaged in Jewish outreach for Obama, while the RJC has its foot soldiers, too. It’s always tricky trying to take the pulse of a community, but in both camps, you can find a mix of passion and disillusionment.

The passion is apparent anywhere Jews gather, but it is particularly public among the dueling advertisements and letters to the editor in the Jewish Exponent in Philadelphia and other Jewish media outlets. The missives lament, ridicule and plead the case for their respective candidate.

Among many Republican diehards, the passion appears to be less for Romney and more a matter of dismay and fear over Obama’s economic policy and attitude toward Israel. For some Obama supporters — and there’s no question that’s the majority among both machers and the grassroots — some express private disappointment on a series of issues, including his missteps in the Middle East and his bruising public battles with Israeli Prime Minister Benjamin Netanyahu. But they also express fear of what a conservative Romney-Ryan government would mean for health care, Medicare and other social safety net programs, as well as concerns about women’s access to reproductive health services and other social issues like gay marriage.

There’s no question that disillusionment exists on both sides. A particular telling incident suggesting that Obama has lost some of his luster among former supporters occurred in August in Margate, N.J., the summer playground for many Philadelphia-area Jews. Walking along the town’s main drag, a woman in beach garb stopped a complete stranger to express dismay at an Obama bumper sticker she had just seen. “That doesn’t belong here anymore!” she exclaimed.

On the other side, a young Orthodox man from Philadelphia who had spent months volunteering first for Republican candidates and then the RJC recently expressed frustration that in his perception, the campaign has already determined that it is going to lose the Jewish vote, so it isn’t worth engaging. He cited as an example the fact that no Romney official came to a local RJC outreach event in September to rally the troops. He said a lot of his peers will vote for Romney because they are Republicans, but they don’t like him and they see him only as the better of two evils.

We don’t yet know how the Jewish vote will break down — locally or nationally. In the end, it may not really matter whether Obama gets the 65% that the latest American Jewish Committee polls put him at or the more than 75% he got last time around. Most likely, each side will parse the numbers to claim victory.

Until the votes are cast, Pennsylvania’s Jews will keep swinging, even if they’re doing it out of the national limelight.

Lisa Hostein is the executive editor of the Jewish Exponent in Philadelphia.