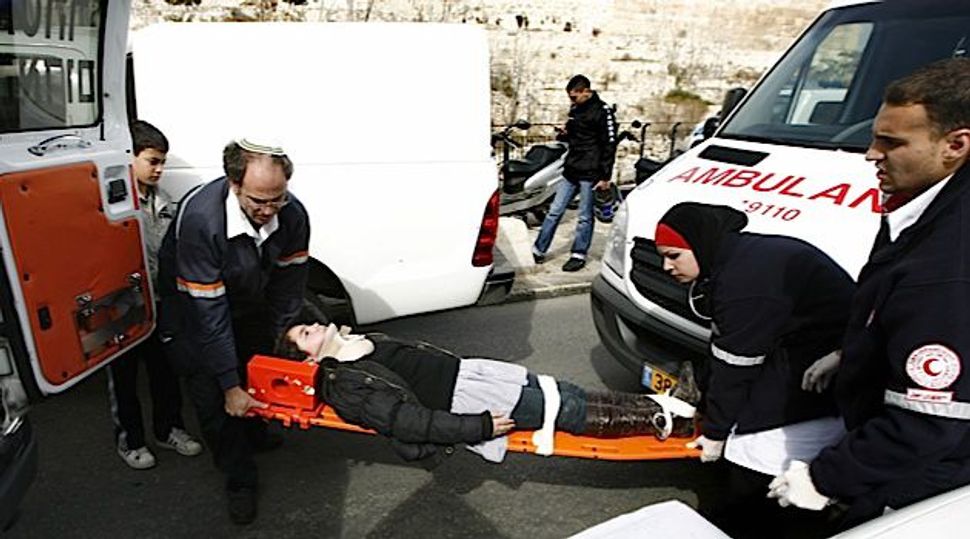 When one enters Jerusalem, two structures immediately catch the eye. The first is a digital sign informing the traveler when the next Sabbath begins and ends. The second is a building bearing a sign identifying it as the William H. Bloomberg MDA Jerusalem Station.

The building is the Jerusalem headquarters of Magen David Adom, Israel’s national emergency ambulance and blood bank service. The Bloomberg Station is a state-of-the-art facility renovated and expanded thanks to a donation made by the family of New York City Mayor Michael Bloomberg and dedicated in October 2011 in memory of Mayor Bloomberg’s father. 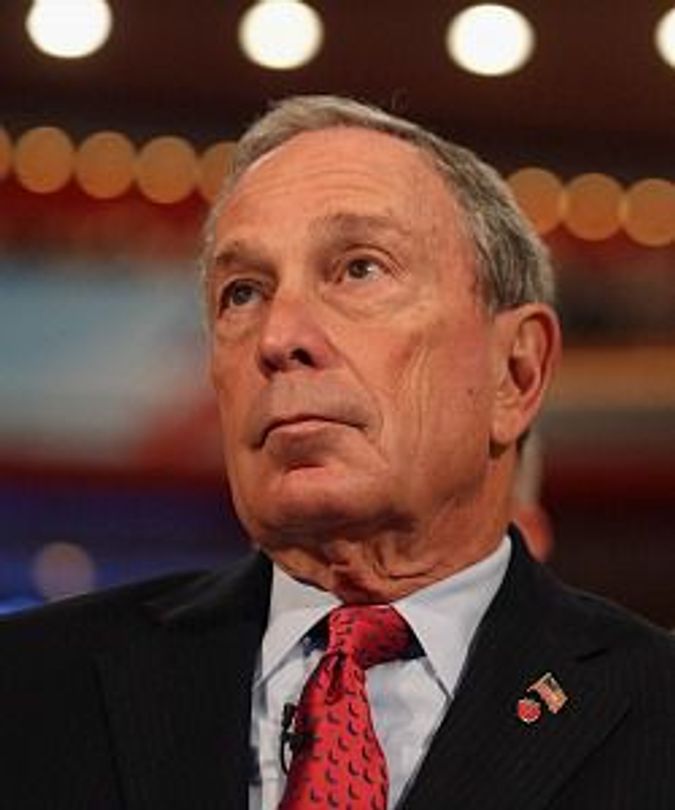 At the dedication ceremony, Bloomberg told the audience that his family had been attracted to MDA due to “…its spirit of volunteerism and its commitment to treating all people, of all religions and nationalities, absolutely equally.” Indeed, MDA prides itself on the treatment it provides during emergencies to both Jews and Arabs. It now seems, however, that MDA may need some rescuing of its own.

MDA has recently made a new addition to its ranks, and this time it is not a volunteer seeking to save lives. The ultra-Orthodox community had been critical of what it perceived as inappropriate mixing of the men and women volunteers, with a number rabbis even going so far as to issue an edict forbidding followers from volunteering. In response, MDA agreed to establish a rabbinical committee which would have the authority to dictate religious guidelines for the organization. The chairman of the committee, which started operating in June, is Rabbi Shmuel Eliyahu, the chief rabbi of Safed.

Eliyahu is the son of the deceased Rabbi Mordechai Eliyahu, who was chief rabbi of Israel from 1983 to 1993. In the last decade, it is the younger Eliyahu who has made a distinct, if infamous, name for himself.

In 2002, following a terrorist attack near Safed, Eliyahu called for the expulsion of Arab students from the local college. In a radio interview in 2004 he warned against the seduction of Jewish girls by young Arab men and called upon Jewish apartment owners not to rent to Arabs.

Following these statements, Eliyahu was charged by Israel’s attorney general with incitement to racism, a crime under Israeli law. The attorney general dropped the charge after Eliyahu agreed to release a statement claiming his remarks referred only to Arabs who actively supported terror and that he was otherwise respectful of all people.

In 2010 Eliyahu was at it again. Amid his concerns that a new medical school to be opened in Safed would attract more Arabs to the city, he published a letter, along with other rabbis, contending that selling or leasing land to non-Jews was prohibited according to Jewish religious law. He reinforced this message by organizing a conference to address the “danger of assimilation” in Safed. Eliyahu was not satisfied, however, by merely issuing statements, and later that year he personally visited an 89-year-old Holocaust survivor and veteran of the 1948 war who had rented out an apartment to Arab students in order to persuade him to terminate the lease. Once again, following calls by civil society organizations, Israel’s attorney general opened an investigation, which was recently dropped for lack of sufficient evidence to satisfy the burden of proof.

To any reasonable person who believes in humanism, democracy and the basic dignity of man, it is clear that Eliyahu is not fit to be a public figure or a religious leader, and less so one associated with an organization like MDA. Regrettably, MDA has not heeded calls to cancel this appointment.

This is where MDA supporters and all Israelis could use Mayor Bloomberg’s help. In the commemoration ceremony Bloomberg spoke of his father, a man who believed in “a world where your last name would not be cause for discrimination… where his son and daughter would have the same rights and opportunities as everyone else.” These are powerful words. Eliyahu’s words and actions are the exact antitheses of such beliefs. Should Bloomberg step up and object to Eliyahu’s appointment and revoke his donation until Eliyahu is relieved, he will have earned his own place worthy of commemoration in the annals of Jerusalem and Israel.

Zohar M. Nevo is a Jerusalem based attorney whose opinion pieces have appaeared in Haaretz and The Marker.