Moving on From Two-State Solution 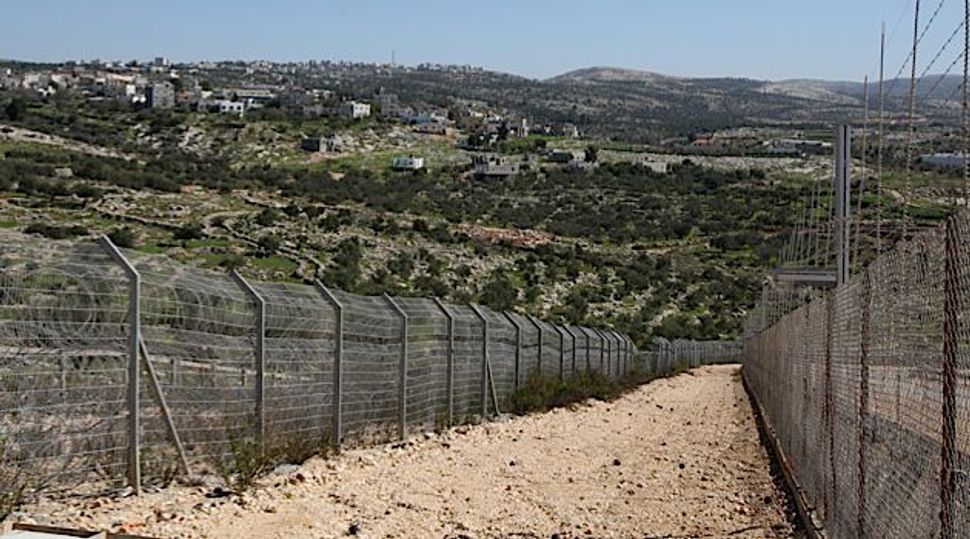 Security? There are several possible scenarios for Israel, not simply a one state or two state solution, argues Paul Scham and Edy Kaufman. Image by Getty Images

The current Israeli-Palestinian stalemate is as comprehensive as it is unprecedented. All relevant parties — Israelis, Palestinians (both Fatah and Hamas), the United States, the European Union, the Arab world — are preoccupied with their own internal or regional political or economic issues, not to mention the possibility of an Iranian nuclear bomb and Israeli threats to attack. The only good news is that Israeli-Palestinian violence is also largely on hiatus — though by no means gone, as rockets fired at southern Israel occasionally remind us.

Many assume that if President Barack Obama wins re-election he will restart the “peace process.” We consider this unlikely. Throughout the history of the Israeli-Arab conflict the United States has been able to stop wars and to further agreements (Jimmy Carter with Camp David and Bill Clinton with Oslo) only after local leaders took the first step. At the moment, this seems unlikely to happen. So we believe that it is time for those truly interested in viable solutions to face the current reality, as dispiriting as it may be.

For decades, we have firmly believed that the only way that Israelis and Palestinians can live together in the long term is by creating two separate states. This remains the best option. For years, about 70% of Israelis and Palestinians have accepted this solution, but a similar proportion believes that it may not happen during their lifetime. It is highly ironic — and tragic —that, now that the notion of two states for two people is the common wisdom, embraced not only by the world community but by many of its longtime foes, its political feasibility seems near zero.

We are at a point of paradigm shift in the conflict. Old assumptions about what is possible must be re-examined in terms of current realities. We have prepared a brief typology of what we regard as the realistic remaining options. The fact is that there are a variety of possible scenarios — not simply one state versus two.

We start with a fundamental assumption: Any solution that does not promise Palestinians (as well as Israelis) control over their own fate will not last. The history of the conflict, including the revolt of 1936-39 and both intifadas, shows that Palestinians may remain quiescent for up to a generation but will not accept that their destiny remains forever subordinate to the needs of others.

With that as a given, here are the choices:

1) The classic one-state solution. This would involve the creation of a single democratic, secular state, an idea once championed by the PLO and recently re-embraced by many Palestinians and their sympathizers. Perhaps most Palestinians would accept this. But there is no imaginable scenario under which more than a minuscule fraction of Jewish Israelis would, since they would quickly become a minority in this new country.

2) The current stalemate. This may not seem bad to some Israelis (growing global pariah status aside). Violence is down, and Israel seems to be making a serious effort to make day-to-day life easier for Palestinians. Prime Minister Netanyahu calls this an “economic peace” and proposes a “Puerto Rico model,” with West Bankers as partial citizens who are ineligible to vote in national elections. (This ignores, among other differences, that Puerto Ricans approved their status in a referendum.)

But this is a one-state solution by another name. Palestinians might accept it for a while, but would inevitably erupt in a third intifada and attract the sympathy of the entire world. Israel would have to either enfranchise them, thus erasing Israel as a Jewish state, or implement an apartheid-like solution.

3) A binational state. The model here is Belgium or Canada. There are innumerable possible variants, but each nation would retain its own symbols, narrative and cultural autonomy. Perhaps the state would be divided along geographical lines, or else allow both Jews and Arabs equal access to the land but stipulate that they vote on the basis of ethnicity or some other principle. Perhaps this could work, but would Israelis be willing to assume that a more populous Palestinian nation would respect the original separation? On the other hand, some degree of trust is essential for any agreement whatsoever.

4) A federation. This would be a new political entity that would include Israel and Palestine, and perhaps eventually Jordan. Federations are usually formed by the decision of independent states to join under certain conditions, ceding some degree of sovereignty to the federal government (e.g., the original 13 American colonies). Citizens can work and live freely in other parts of the federation with no barriers along the internal borders, but can vote only in the country of their citizenship, with each government retaining a considerable degree of autonomy. Would Palestinians choose to enter such a federation? Would Israelis accept the consequences of sharing control over the land with another autonomous power?

5) Two states plus transfer. Israeli Foreign Minister Avigdor Lieberman proposes a “transfer of citizenship,” by which Israel would “trade” areas heavily populated with Israeli Arabs for Jewish settlements in the West Bank, most likely against the vehement opposition of the affected Israeli Arab citizens. Despite its superficial appeal to some Israelis by exporting Israeli Palestinian citizens, we believe it is immoral and unworkable.

6) The two-state solution. The current vision is based more or less on the Clinton parameters, which is still the most workable of the possible choices. Despite broad-based verbal support, though, it seems increasingly politically impossible.

Our strong preference is still for two independent states, though we could imagine a workable federation or binational state. However, we cannot imagine most Israelis accepting the consequences of those choices, at least in the foreseeable future. But we think it incumbent on those who share the values of upholding democracy and protecting equal rights to realize that the option of the two-state solution is breaking down under the pressure of political realities. Theodor Herzl famously wrote, “If you will it, it is no dream,” but the Zionist movement only attained its goal of a Jewish state by remaining flexible and attuned to political realities. Likewise, it is now essential to remain open to all approaches that will provide self-determination for Israelis and Palestinians, because the only certainty is that both peoples will remain living on the land. At this point, the default option is not two states, but rather the current stalemate.

Thus, we believe that it is necessary to thoroughly research the potential models for second-best, “plan B” and other “lesser evil” alternatives. The current debate of “either-or” is further fragmenting the already weak and withering Israeli peace camp. All can agree that the present situation of domination of one nation over the others is destined for failure, and should recognize the need to assess all the potentially feasible solutions.

Paul Scham is a professor of Israel Studies at the University of Maryland. Edy Kaufman teaches in the Department of Government and Politics at UMD and at Haifa University.

Moving on From Two-State Solution