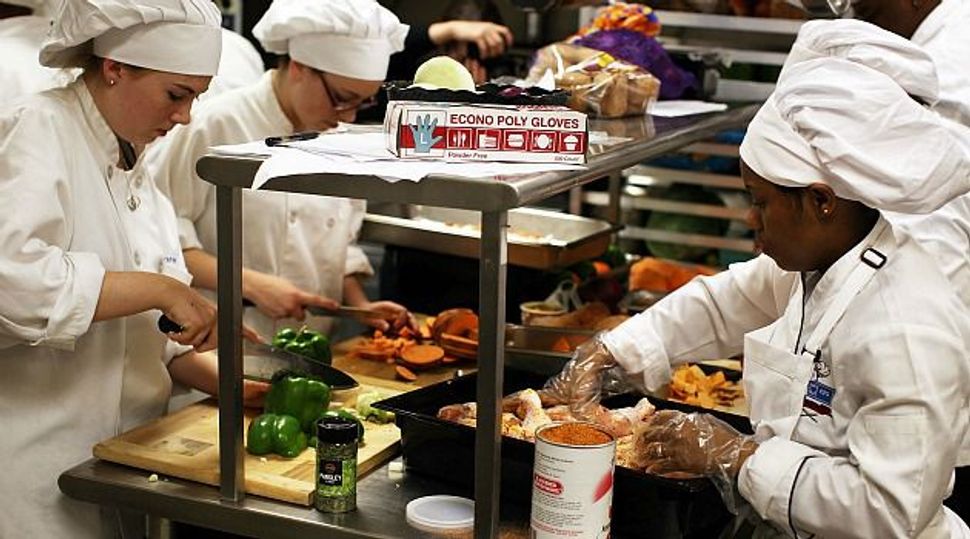 The Healthy, Hunger-Free Kids Act of 2010 has gone into effect, requiring public schools to follow new nutritional guidelines to receive extra federal lunch aid, and — surprise, surprise — the kids don’t like it. As The New York Times reported, students are organizing protests and boycotts, creating YouTube parodies, dumping perfectly good food in the trash and behaving like, well, children presented with the modern-day equivalent of Oliver’s workhouse gruel. And not enough of it, either.

Excuse us if we’re less than sympathetic.

There’s an obesity epidemic in this country that threatens our national well-being, our health care budget, even our military preparedness — a nonpartisan group of 100 retired military leaders issued a report in September warning that 27% of America’s 17-to-24-year-olds are “too fat to fight,” making obesity the greatest threat to national security.

The new guidelines directly address this danger, promoting more fruits and vegetables, smaller servings and lower calorie counts in subsidized school lunches. They reflect the simple truth that healthier eating and enhanced physical activity are the keys to maintaining a sustainable lifestyle, and the sooner those habits are developed the better.

Researchers say that a child must be exposed to a new vegetable about a dozen times before she’ll eat it, and any parent who has tried knows that’s the truth. Turning around this epidemic will take patience and commitment, and a firm belief that it is absolutely government’s role to ensure public health and well-being, especially of the young citizens in its care.

Besides, when did school lunches ever taste good?