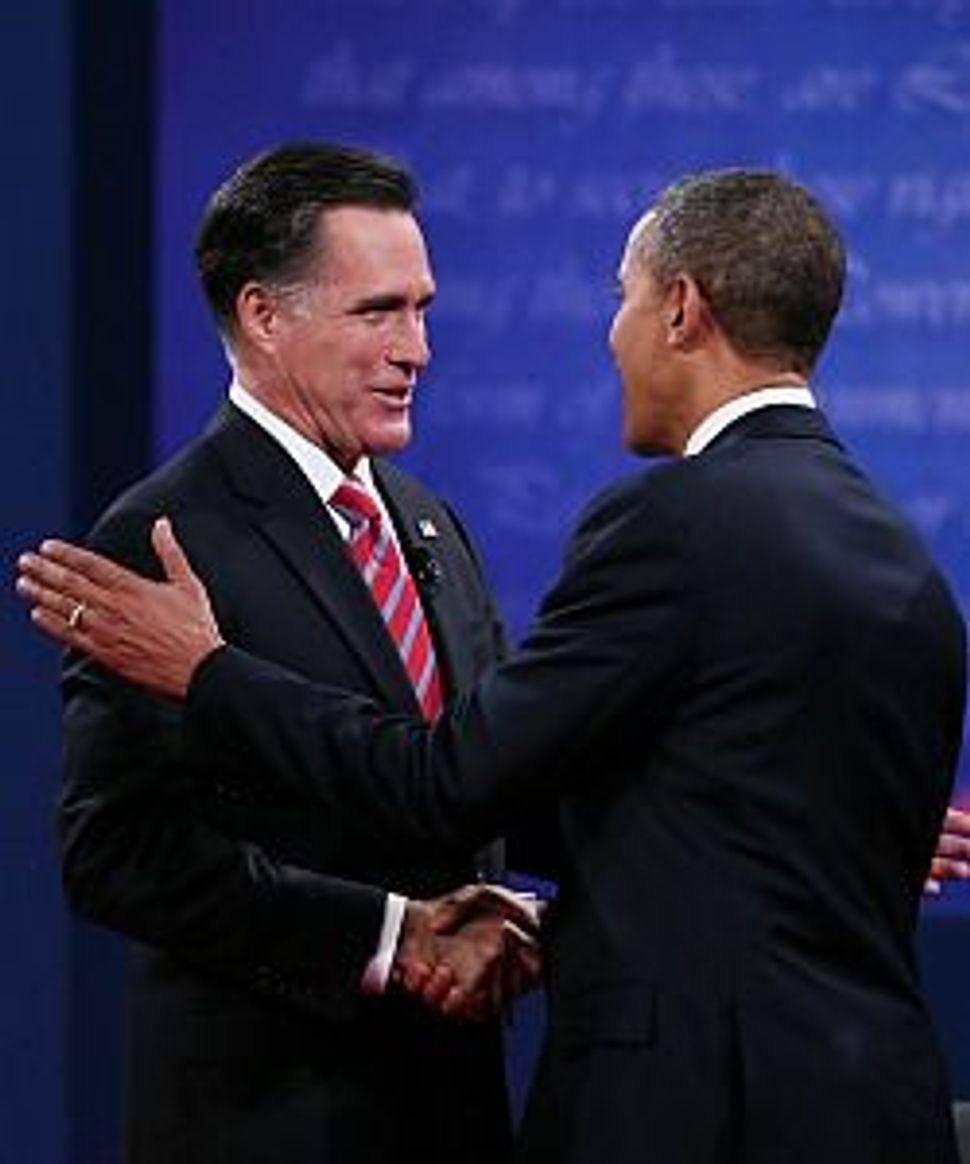 Monday night marked the final presidential debate of 2012. For those voters sad to wait another four years to hear their favorite talking points, we’ve captured the best reactions from the Twitter-verse on the action from Lynn University in Boca Raton, Fla.

Comedian David Wain, new to live-tweeting debates, was quick to catch on to the tone of the action, tweeting sarcastically, “Jesus, neither guy is letting the other get a word in!”

Foreign policy was the issue of the night, expected to draw many comments on Iran, Afghanistan and Libya. However, there was a surprise name-drop early on and cheers to anyone who had Mali in their country office pool.

President Barack Obama had the first good zinger of the night, telling Mitt Romney that the “1980s are calling for their foreign policy back.” However, not everyone was amused, including Commentary magazine’s Seth Mandel

Comedian Sarah Silverman quickly drew tired of both candidates rhetoric, tweeting, “Would there ever be a day when we ‘can’t afford’ military? Nuclear bombs? WE NEED HEALTH CARE”

When the debate moved to Israel, President Obama was the first to extend an olive branch to Israel, calling, them a “true friend,” and reminded Governor Romney that foreign policy requires dealing with serious threats and is not a board game.

Gov. Mitt Romney also did his best to schmooze with Jewish voters, saying he wanted the United States to stand “culturally” with Israel. What that exactly meant, was up for debate. Pretty soon, the Israel references started flying, which was a good thing if you happened to be taking part in a debate drinking game

Romney often noted that foreign nations have made advancements in arming themselves since President Obama took office. Of course, as Elise Foley noted, since that time, “We’re all four years closer to death.”

Comedian BJ Novak had one bit of advice for Governor Romney if he is elected; he could use some work though on his Michael Scott routine

After the night was done, hopefully the voters of America were a bit better informed and ready to head off to the polls in two weeks.