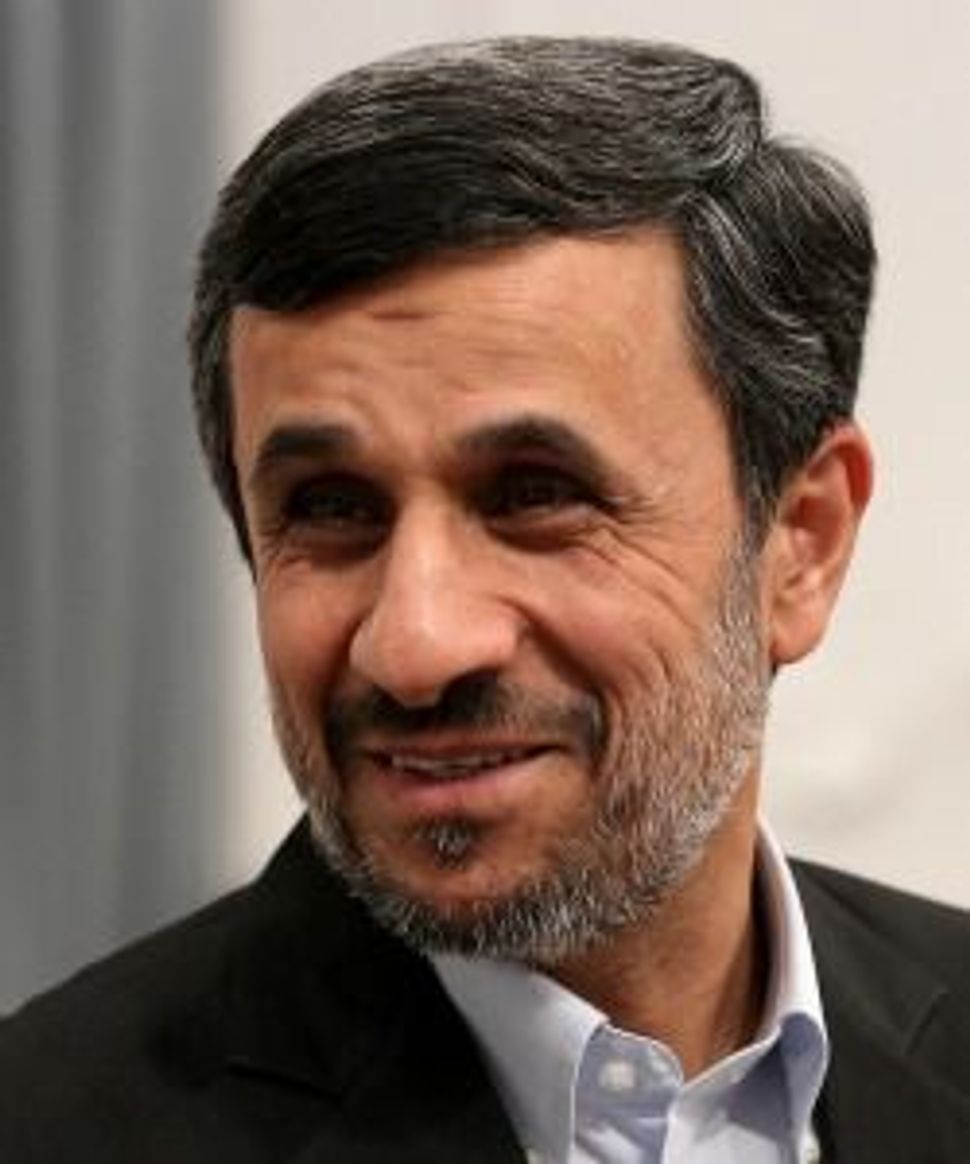 It was hardly surprising that Israeli diplomat Barukh Binah refused several times to discuss the nitty-gritty of plans to confront Iran over its nuclear program at a public forum at the Jewish Federations of North America’s General Assembly.

Neither was the lack of optimism voiced by any of the three panelists that increased sanctions against and diplomatic efforts toward Iran will cause a change of heart on the part of Tehran.

Ambassador Stuart E. Eizenstat, who served in three U.S. administrations, was the most hopeful of the speakers about the chances for diplomacy and sanctions. He believes Iran will stop short of making a nuclear bomb, but will be nuclear capable and will thereafter be able to put together a bomb within three months. Eizenstat laid out the possibilities for what will happen following the upcoming six months, which he said “will be one of intensive diplomacy and sanctions that are the most severe ever enacted against a country during peace time.”

“2013 is truly the decisive year,” he told the audience. “You and I will know before the next GA (what) will happen.”

Eizenstat brought up three scenarios: A “tolerable and verifiable” solution; the West doing nothing; or going to war.

“I believe the military option is better than ceding a nuclear weapon to Iran,” Eizenstat said.

Shoshana Bryen, Senior Director of the Jewish Policy Center, declared, “Sanctions are not necessarily better than military options. They are just different,” and then proceeded to made a case against the efficacy of sanctions.

After explaining how initial sanctions meant to prevent Iran from producing a nuclear capability failed, she went on to outline how punitive sanctions, like the ones being enacted now, have historically brought terrible hardship on average people while failing to make dictatorial rulers feel the pain.

“In the real world where greed and national interest rule, you need a second line of defense,” Bryen said. “Sanctions won’t work in the time allotted.”

Binah agreed that sanctions have thus far not impacted the Iranian supreme leader, nor changed his policies. However, he emphasized that Israel “continues to be supportive of sanctions, and we are willing to act on the assumption that there is still time and space for sanctions to work.” Despite Binah’s reassurance that “all options are still on the table,” his statement that “everyone knows what needs to be achieved” and repeated mentions of Israel’s making its own sovereign decisions, insinuated a leaning toward Israel’s taking military action on its own.

At the same time, Binah asserted, “It’s not an Israeli problem, it’s a global problem, and the world should take care of it.” Eizenstat suggested that military action against Iran would be better taken by the U.S. and NATO, than by Israel. “We have the ability to wait a little longer to pull the trigger,” he said. He also addressed “the fundamental issue of trust,” asking whether Israel trusted the U.S. enough to fill the vacuum if diplomacy fails.

That, of course is the $64-million-dollar question, and falls under the “operational issues” that Binah refused to discuss.