How To Fix the Vote 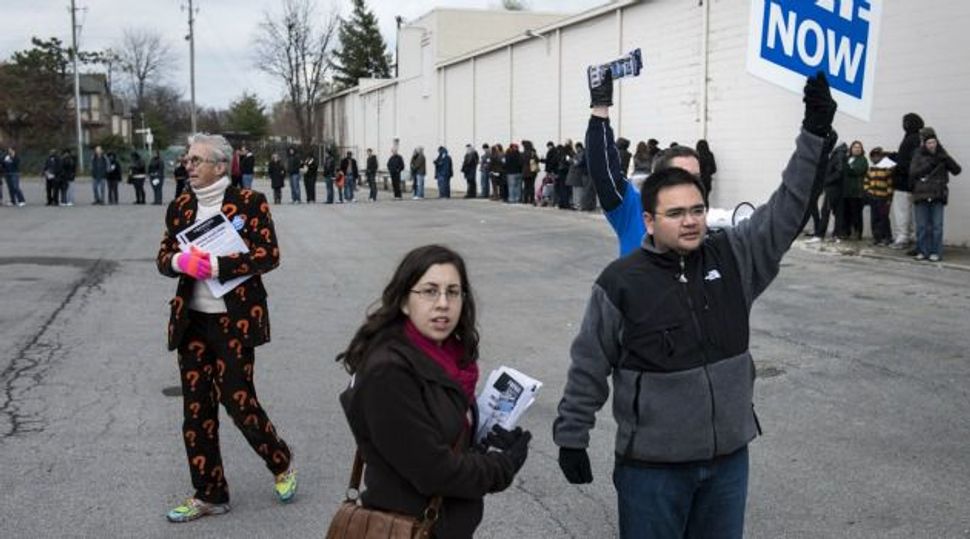 The difficulty that some voters had to endure simply to cast a ballot in the November 6 election is a stunning testament to their civic dedication and a disgrace to our system. In hotly-contested swing states like Florida and Virginia, people waited on line for as much as nine hours to vote. Nine hours! Americans are known to stand in lines that long to buy the latest iPhone, but no one should be forced to go to such lengths to exercise their right to self-governance.

“By the way, we have to fix that,” President Obama said off-handedly in his acceptance speech late that night.

Damn right. But how?

The immediate causes of this breakdown were incompetence and political misbehavior, and neither should be that complicated to address. Broken voting machines should be fixed, modernized, made more efficient. Poll workers should actually be trained in what they are doing. And government officials ought to be doing everything they can to increase voter turnout, not suppress it, as so many Republicans sought to do this year. (And see how successful that was.)

Such steps would make a dramatic difference in a few states, but don’t truly go to the core of the problem. Voting isn’t just about mechanics. It’s at the heart of our political culture, and it’s that culture that needs to be reformed, expanded and revitalized.

We are dealing with two seemingly contradictory trends that are, in fact, related. Even as turnout swelled unexpectedly in many states, burdening already weak voting systems, the overall national number is likely to be lower in 2012 than in 2008, experts estimate. Voter apathy is far more of a real and present danger to democracy than phantom cries of voter fraud. And how many would-be voters can afford to stand in line for nine hours? To encourage turnout, we must streamline the process.

For instance, the newly-sainted Nate Silver noted on his blog Nov. 12 that turnout was higher in the swing states where presidential candidates campaigned non-stop and an individual voter could really believe that she mattered. Research has already shown a link between declining voter turnout and the proliferation of “safe” congressional districts, which telegraph the message: Don’t bother to vote. The winner is a foregone conclusion.

Even the much-maligned Electoral College can be reformed to increase voter participation. States need not employ a winner-takes-all approach but instead follow Maine and Nebraska and apportion their votes to reflect if not exactly mirror the popular vote. Scrapping the Electoral College will take a constitutional amendment, an arduous path, whereas states can, on their own, change the way they choose electors; Nebraska just did so in 1996.

There’s more. Want to increase the quality of the voting experience and increase turnout? Blend Election Day with Veterans Day into one paid federal holiday that will make it easier to vote and to recruit more people to streamline the process.

And yes, if we must, enable more voters to cast a ballot early, but in person, always in person. We must resist the lure of technology, the mirage that remote voting on a smart phone will strengthen democracy. It won’t. It may make it easier for a time but then the sense of duty and gratification will dissipate because the experience isn’t shared and legitimated by the community.

Voting is the closest thing America has to a civic religious ritual, and to be compelling and effective it must connect us to other Americans. The communal obligation is essential. Long lines and low turnout tell us the same thing: We must respect and improve the process to make it open and vital to all.

How To Fix the Vote