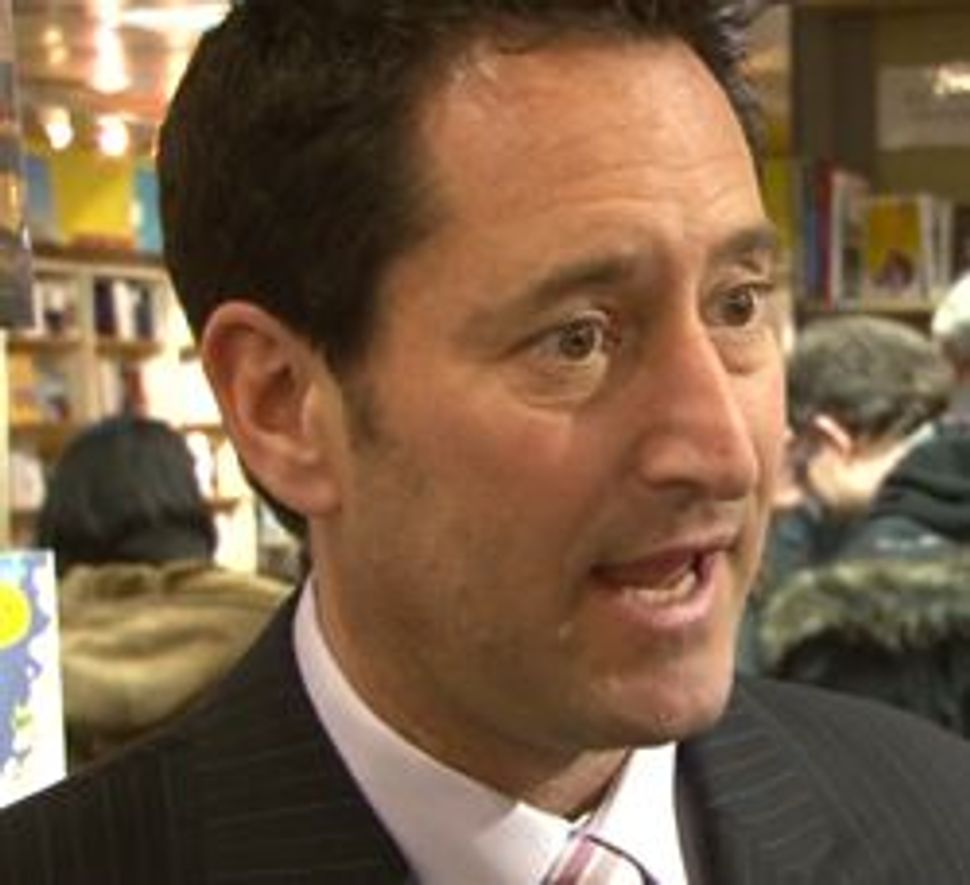 With his election last Friday, Michael Applebaum has become not only the first non-native French speaker in a century to hold the post. He is also the first-ever Jewish mayor of the second-largest French speaking country in the world.

Applebaum, 49, was chosen by a two-vote margin by city councilors after he ran as an independent calling for transparency in government, following the resignation of former mayor Gérald Tremblay. Tremblay resigned earlier this month as a result of revelations made by the Charbonneau Commission exposing widespread corruption among Montreal officials, contractors and members of organized crime.

As Montreal mayor, Applebaum must step down as borough mayor of Cote des Neiges/Notre Dame de Grace, one if the city’s most heavily populated boroughs, and one with a high concentration of Jewish residents. His interim post will last only until municipal elections scheduled for November 3, 2013. Applebaum has stated that he will not seek re-election.

Critically, in a province in which language-based cultural identity permeates politics, Applebaum is bilingual, although he admits that his French is a bit rusty and that he speaks with an accent. “People may criticize me for my French. I will make errors, but I’m very proud to be able to speak and work in the French language. I’m going to do the best I can,” he said.

“What is interesting to me about this story is that Mr. Applebaum is being widely hailed as making history as the first non-francophone mayor of Montreal to hold the position in a hundred years. He also happens to be a Jew,” Rebecca Margolis,author of an award-winning book on Yiddish culture in Montreal remarked. “In Quebec’s current political climate, language trumps religion as the ultimate marker of identity.”

“The fact that Michael Applebaum is Jewish and anglophone…demonstrates the huge gap between the lovely, warm, mutually-respectful day-to-day realities of life in Montreal, and the xenophobic, divisive, demagogic religious, cultural, and linguistic bigotry of the separatist Parti Québécois,, McGill University history professor Gil Troy said in addressing the same issue in stronger terms.

Along the same lines, Kolber expressed doubts as to whether Applebaum would have won a regular election (rather than a vote among city councilors), given “the make-up of the city.”

But what matters right now, says Kolber, who has personally met the new mayor, is that “he’s a nice man and he works hard.” With Applebaum having his work cut out for him, Kolber is adopting a wait-and-see attitude. “Let’s see what happens,” he said.

For Beverly Akerman, a freelance writer and author who has lived her entire life in Montreal, transparency trumps religion. “What we need is someone who can raise the shades on the dark rooms of municipal politics, let in some light, the ultimate disinfectant,” she said. “I prefer an honest, competent mayor of any faith over a mayor whose only distinction is Judaism, any day. I’m sure most Montrealers feel the same.

Troy agrees. “As with all such milestones, I look forward to the day when we can simply welcome a Mayor Applebaum for what Montreal most needs in a mayor, an honest, efficient, effective leader, rather than focusing on where he prays, who his people are, or which of the two ‘official languages’ he speaks,” he said.