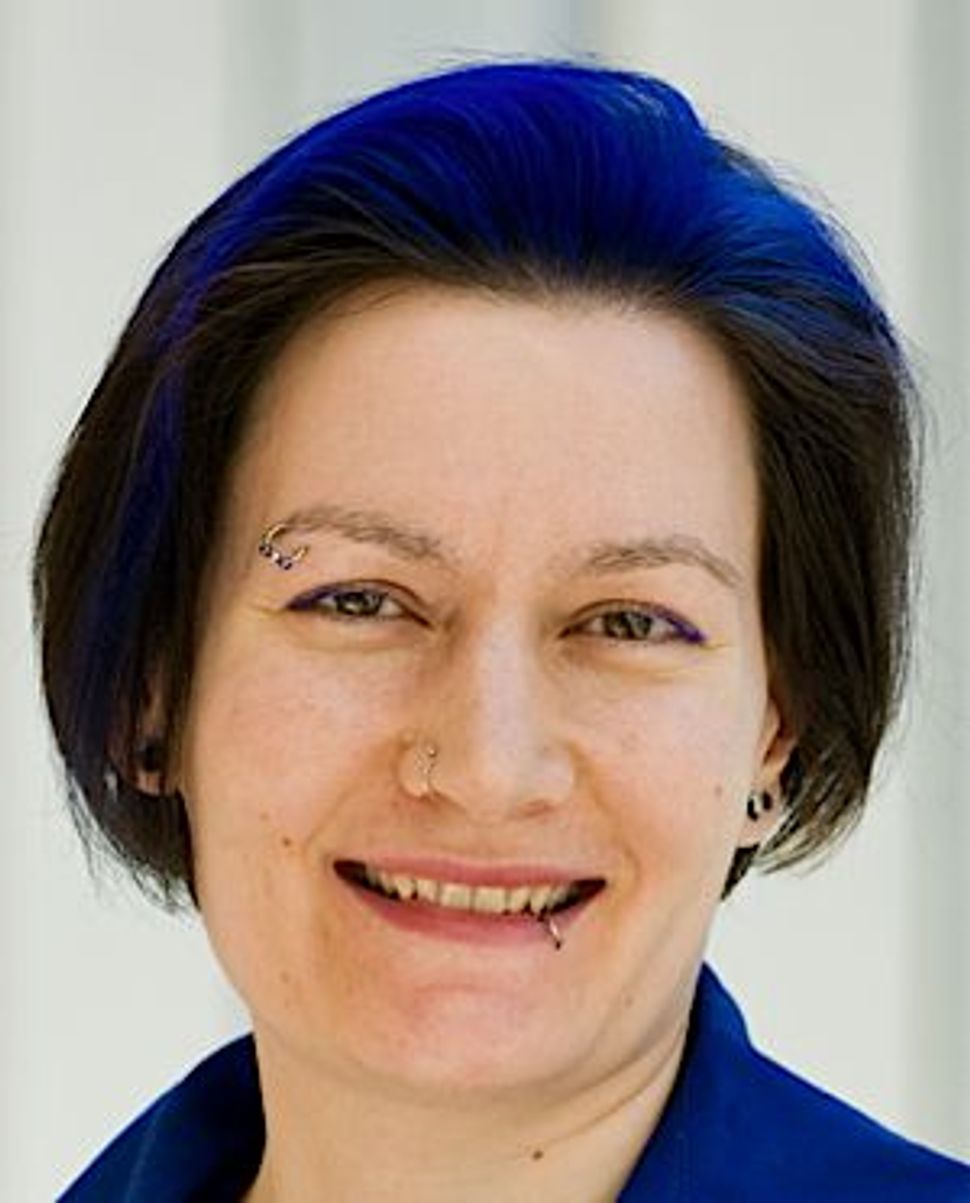 Image by Courtesy of Rebecca Margolis

A crowd will gather in downtown Toronto on June 7 for the 2012 Helen and Stan Vine Canadian Jewish Book Awards. One of the winners will be Rebecca Margolis, an associate professor in the Vered Jewish Canadian Studies Program at the University of Ottawa, who will be honored for “Jewish Roots, Canadian Soil” (McGill-Queen’s University Press, 2011), a study of the development of Yiddish cultural life in Montreal in the first half of the 20th century. In the book, Margolis examines key cultural institutions like the press, the theater, literary publications and secular Jewish schools that built and sustained Yiddish Montreal.

“This is a huge and very pleasant surprise, and a great honor,” Margolis told The Arty Semite in a recent phone interview.

Edward Trapunski, a member of the CJA’s panel of judges, believes the award is much deserved. His own father had been very active in Montreal’s Yiddish community and served on the executive boards of many of its institutions.

“From the book I got an understanding of the what those institutions meant and why my father would spend his evenings struggling to maintain them instead of at home or making a living,” Trapunski wrote in an email. “The book shows how there was a particular Yiddish intellectual atmosphere that was nurtured and how it made Yiddish Montreal vibrant.”

Margolis, 38, was born in Germany, but grew up in Montreal where she went to Jewish day schools and where she first learned Yiddish. It was during her undergraduate years at McGill University, after taking a summer course on Yiddish women authors in translation, that she discovered a true love for the language.

“It was the first time I realized there was a whole culture and literature behind it,” she said. Margolis then went on to earn a doctorate from Columbia University’s Yiddish Studies Program.

Once she began doing research on Yiddish newspapers, she became aware of Montreal’s particularity as a Yiddish center. Montreal differed from New York in that it lacked a previous influx of German Jewish immigrants.

“In Montreal — and Canada in general — Yiddish speakers didn’t have to fight to make Yiddish mainstream in the Jewish community,” she explained. There was also the fact that proportionately more Yiddish-speaking Holocaust survivors came to Canada than to the U.S.

Still, New York was the true North American Yiddish capital by virtue of sheer numbers. “Montreal was strongly influenced by New York,” Margolis said. “It took its cultural cues from New York rather than from Toronto.”

“It’s true that there is a lot going on Yiddish-wise in Toronto these days,” she added, “but historically the Canadian Yiddish center was in Montreal.”

A large contributing factor was the city’s French-English split.

“In Montreal, language was a major factor in cultural identity,” Margolis explained. There was really no way for Jewish immigrants — who were neither Anglophone Protestants nor Francophone Catholics to become mainstream Montrealers. “So consequently they created their own cultural community infrastructure.”

Margolis wrote her book to tell the story of a Yiddish center less major than New York, Warsaw or Vilna. “I’d love to see this happen for other [similar] communities,” she said.