The ‘If Only’ Man 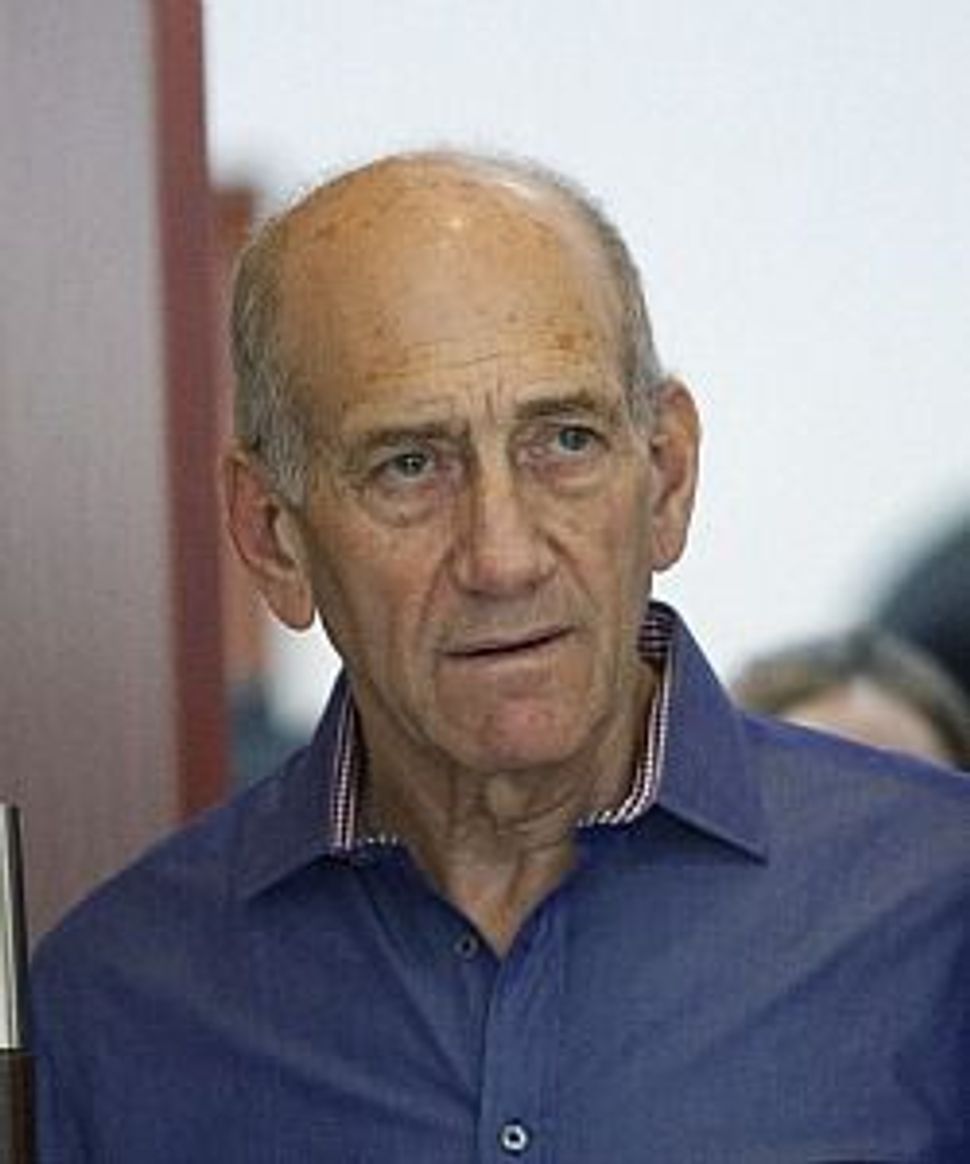 Ehud Olmert, Israel’s former Prime Minister and the center left’s “if only” man, is expected to confirm any moment that he won’t be running for Knesset.

Soon after the January 22 election was announced, speculation has abounded that if Olmert made a comeback and pulled together a broad center-left alliance he could actually win and once again become Prime Minister. From there, it was said, the Middle East would be his oyster — Palestinian President Mahmoud Abbas recently said that he was close to a deal with Olmert in 2008, intimating that the two could return to this point if Olmert returned.

There was some polling to back up this dream. In fact, it appeared that when Likud decided a month ago to run on a joint ticket with Yisrael Beytenu it was a case of Netanyahu trying to ensure that he would have the most Knesset mandates behind him even if Olmert entered the race.

But then came Operation Pillar of Defense, knocking the issues championed by the center-left — Israeli-Palestinian peace and socio-economic issues — off the public agenda and putting security at the forefront. Even if it was right a couple of weeks ago, the national mood in Israel isn’t right for Olmert now.

And so, for the second time in his career, Olmert leaves us all wondering what could’ve been. What could’ve been on the Israeli-Palestinian front had scandal not forced him out of office when it did? Was he planning on running in the coming elections? If so, what could’ve been during and after the election has it not been for Pillar of Defense?

The ‘If Only’ Man