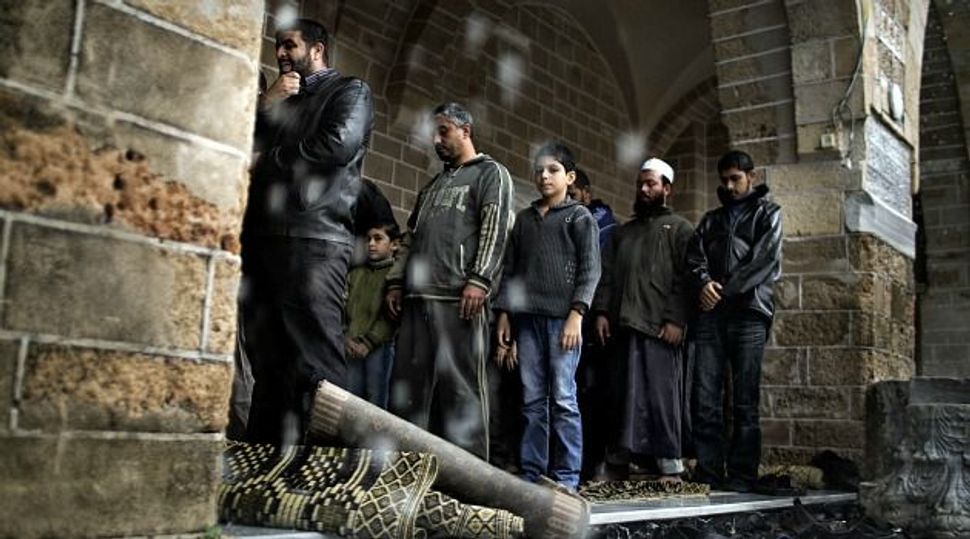 Whatever happens in Gaza — and the news changes by the minute as this editorial is being written — all sides have to accept some very hard truths. If not, the bloodshed will resume, the anger and frustration will spread and the region, Israel’s neighborhood, will squander the hope and potential of the fragile cease-fire.

We begin with what is, for a Jewish publication, a fundamental belief: Israel should have the right to be accepted as a free nation and to defend itself from attack. This shouldn’t just be a Jewish value; it should be a value embraced by everyone.

But it isn’t, and that is the hard truth that Hamas and its allies in the Muslim world, have to accept. Six decades of denial have given them nothing. They cannot escape history. The State of Israel is a reality now — a flawed but still miraculous reality — and there is just no benefit in denying that anymore. Many Palestinians, living in the West Bank and in Gaza, accept that reality even if some of their leaders don’t. These pragmatic voices must be heard and strengthened.

And that leads to the second hard truth. The past few years represent a heartbreaking, indeed tragic, missed opportunity by Israel and the Palestinian Authority to settle their differences and create an independent Palestinian state that protects Israel’s future. Two years ago, Hamas was in a freefall, its public standing weakened as Palestinians told pollsters again and again that they favored a two-state solution.

But Israeli Prime Minister Benjamin Netanyahu and Palestinian Authority President Mahmoud Abbas let it go. They let the opportunity go. Each side will blame the other, and each side will have some legitimacy in doing so, but the details are irrelevant here. The past is worth rehearsing only to recognize what was lost and why the opportunity should not slip away again.

Israel also has to deal with hard truths. Much as its leaders continue to ignore the impact of settlement growth, it is a real impediment to peace. So is its corollary — the continued, sometimes brutal, occupation of Palestinian lands. The Israeli blockade of Gaza’s ports and control of its borders doesn’t justify the increasing barrage of rockets launched in the last few years, but it does help to explain why Gazans believe that they live in an open-air prison and that Israel holds the key. The occupation of the West Bank is only leading to more Palestinian radicalization while tearing at Israel’s soul.

Maintaining the status quo is not an option, because it simply can’t be maintained.

As of this writing, the cease-fire announced by the U.S. and Egypt is holding. As Jews, our hearts go out first to other Jews who have suffered and then to all who, we pray, will have the courage to accept the hard truths this terrible situation demands.