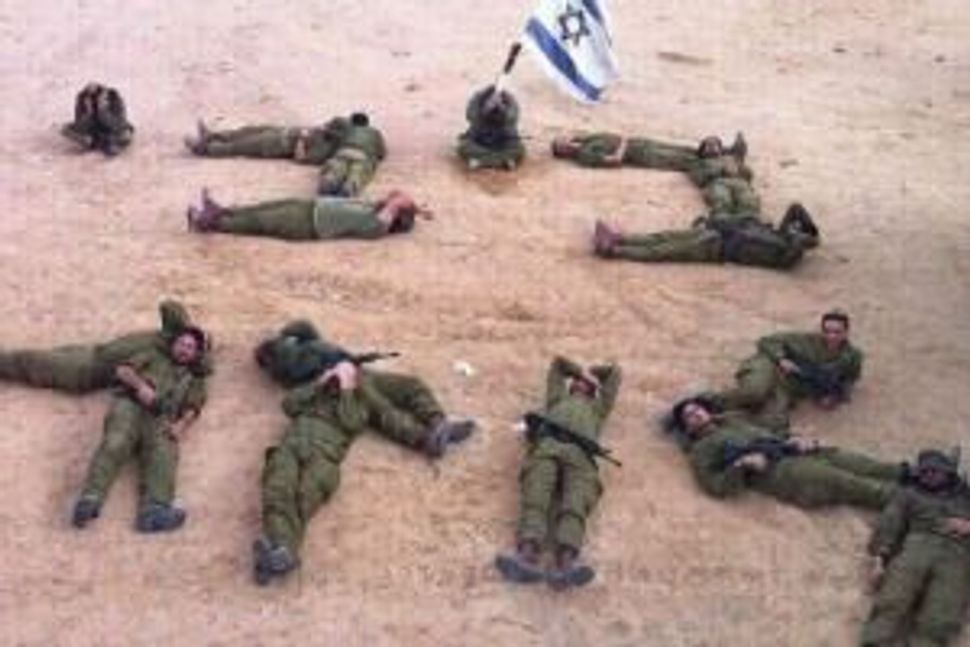 By all accounts, it was a nerve-wracking time for the 75,000 Israeli reservists called up in preparation for a ground offensive in Gaza last week.

“The next days were an emotional roller coaster ride,” wrote Marc Goldberg, who reported to duty on November 18, in a blog post for The Times of Israel. “I was prepped to go in and then stood down, only to be prepped to go back in again and stood down again and again…most of the time was spent hanging around waiting for something to happen, waiting for the final decision to get us moving.”

And when soldiers spend their time hanging around and waiting, things happen. Things like a bunch of reservists doing a khaki-clad rendition of the international smash hit “Gangnam Style.” Ariel Maoz, apparently one of the dancing soldiers, posted the video on his Facebook page and it went viral, attracting the attention of the news media.

On a more serious note, Goldberg wrote of arguments among members of his units as to whether the IDF should and would actually enter Gaza. “Then word came down about the ceasefire. Though there many who were angry that we wouldn’t be going in, the sense of relief that slowly swept through the company was palpable,” he wrote. 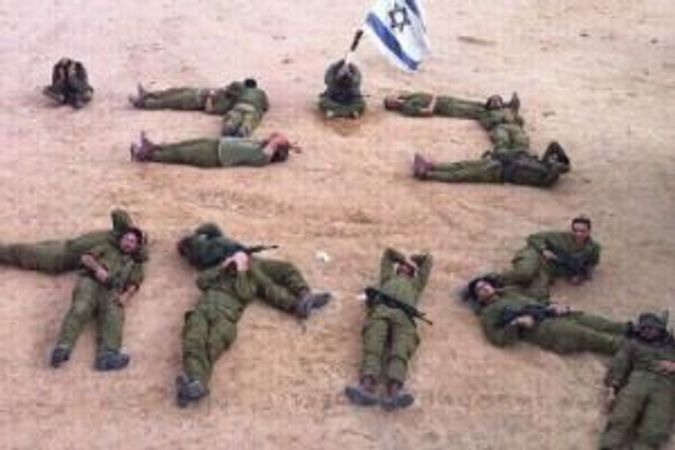 However, for some, the anger lingered. Frustrated that the order to send ground forces into Gaza did not ultimately come, 16 soldiers decided to communicate their displeasure to Prime Minister Benjamin Netanyahu. Like their comrades who whiled their time away imitating a Korean pop star, these reservists also went the visual route.

They arranged their uniformed bodies on the sand and spelled out “Bibi Loser” in Hebrew. A photo of this message went viral, attracting not only the media, but also the IDF Spokesman’s Office, which says it is investigating the incident.

Likely knowing that expressing a political opinion while in uniform is not allowed, the soldiers removed all identifying insignia before the shot was snapped. But it looks like they forgot to remove their footwear. Their red boots give them away as being from the infantry.