Who Stands Against Peace? 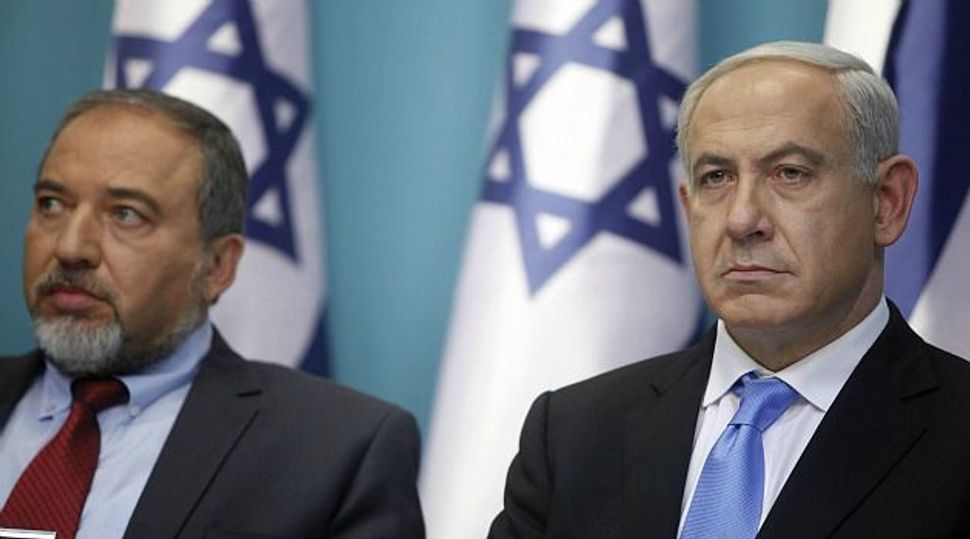 The last days of November 2012 were an awkward time for Israel in the international arena. After years of presenting itself as the reasonable party in the conflict, saddled with a Palestinian negotiating partner that won’t negotiate, its ruling Likud party wound up a two-day Knesset primary vote on November 26 by choosing a slate of candidates dominated by hard-line rightists who oppose Israeli-Palestinian compromise and reject Palestinian statehood.

The next day, Tuesday the 27th, the Palestine Liberation Organization formally asked the United Nations to recognize Palestine as a non-member state “living side by side in peace and security with Israel.” As expected, the proposed state would be set up “on the basis of the pre-1967 borders, with delineation of final borders to be determined in final status negotiations.” The negotiations would let Israel seek border adjustments to protect its airport and preserve its main settlement blocs.

The timing of the two events could hardly be worse from Israel’s point of view. Israel objects to the very idea of the Palestinians asking the United Nations to grant them statehood. According to the 1993 Oslo Accords, Palestine’s ultimate status is to be decided in direct negotiations between them, not by an outside party.

Israeli spokesmen say the Palestinian U.N. gambit is a violation of the 1993 accords. This sounds a bit rich coming from people who’ve spent the last 19 years denouncing the accords as an Israeli “suicide pact,” but that’s politics for you.

More to the point, defining the contours of the Palestinian state “on the basis of the pre-1967 borders” is a poison pill, at least to Israel’s prime minister, Benjamin Netanyahu. In his view, this pre-empts the biggest question before talks even begin, leaving only details to be negotiated. Netanyahu insists negotiations commence without such preconditions. The Palestinians’ U.N. bid looks like an end run. It lets them come to the table on his terms while the world body watches and keeps score.

However you slice it, the events make for terrible Israeli P.R. Just when the Palestinians are putting their best face forward, asking for international certification of their desire to live peacefully alongside Israel, Israel’s political system adopts a blueprint for a government after the January elections that seemingly has nothing to offer the Palestinians but the back of a fist.

Further complicating Israel’s position, the PLO resolution calls “for a way to be found through negotiations to resolve the status of Jerusalem as the capital of two states.” That should be music to Israeli ears. It’s the first formal international recognition of Jerusalem as Israel’s capital, at least since the handful of embassies once located there decamped for Tel Aviv in the early 1980s. If the holy city’s status were resolved, it would clear the path for America and the other 85 countries with embassies in greater Tel Aviv to end the insult and move their offices to the capital. That is, if Israel were to willing to play ball and allow a Palestinian capital in the city’s eastern half.

That was hard to imagine before the Likud primaries. The complexion of the party’s next Knesset faction, coupled with its new alliance with Avigdor Lieberman’s Yisrael Beiteinu party, makes it even more unlikely.

It is conceivable that after examining the combined Likud-Beiteinu ticket, Israel’s voters will hand the baton to the center-left, which generally accepts the principles of adjusted 1967 borders and a shared Jerusalem. But the odds are slim. The main opposition leaders seem unable to overcome their oversized egos and present a united front. Besides, polls show the voters are in no mood for big concessions.

The biggest mystery in all this is what Netanyahu actually wants. He’s on record accepting the principle of a Palestinian state alongside Israel. If he means it, the U.N. resolution should be welcome news. Practically speaking, it does nothing more than ratify the principle of statehood and set the table for negotiating the details. Moreover, it gives a boost to Palestinian Authority chief Mahmoud Abbas and his policy of peaceful coexistence, slowing the momentum of the rejectionist Hamas. Against all that, the technicality of bypassing the Oslo process is small stuff.

But Netanyahu’s position is more complicated than that. Although he embraced the two-state idea in 2009, his government never endorsed it. His Likud party openly opposed it even before the November primary. He’s never tried to win approval from the government or the party. Critics question whether he ever really meant it.

Then there’s the matter of getting to the table. Netanyahu has called since taking office for negotiations without preconditions. Abbas has complained — most recently in a lengthy Yediot Aharonot interview in October — that Netanyahu’s “no preconditions” actually meant dismissing all the progress made in 2008 talks between Abbas and former Israeli leader Ehud Olmert, and starting again from zero. Abbas cried foul and refused. President Barack Obama’s settlement freeze idea was a clumsy attempt to sidestep that impasse.

Netanyahu’s been saying ever since that Abbas refuses to negotiate. That’s technically true. But Israel’s military and intelligence leaders, both past and present, continuously urge Netanyahu to get back to the table, suggesting that they don’t believe Abbas is the problem. Many of them privately say they think Netanyahu simply doesn’t want a deal.

Abbas and Olmert both say they were about two months away from concluding a peace agreement when Olmert was forced from office by a scandal (he was later acquitted). Both sides had made extraordinary concessions. The result was a deal both could live with. The main outstanding issues were the fate of the Jewish West Bank city of Ariel and the precise number of refugees Israel would repatriate in a symbolic, one-time “right of return.”

It’s possible Netanyahu envisions a Palestinian state with far more limited borders than Olmert and Abbas discussed, with Israeli keeping control of the Jordan Valley and extensive security zones in the West Bank, along with groundwater, airspace and the electronic spectrum. He may have thought he could stonewall until he lowered Palestinian expectations. He may have thought he could negotiate a deal and get his coalition partners to acquiesce without endorsing it, much like the emerging concordat between Abbas and the Khaled Meshal faction in Hamas.

If that was his hope, the events of late November have made his task much, much harder.

Who Stands Against Peace?