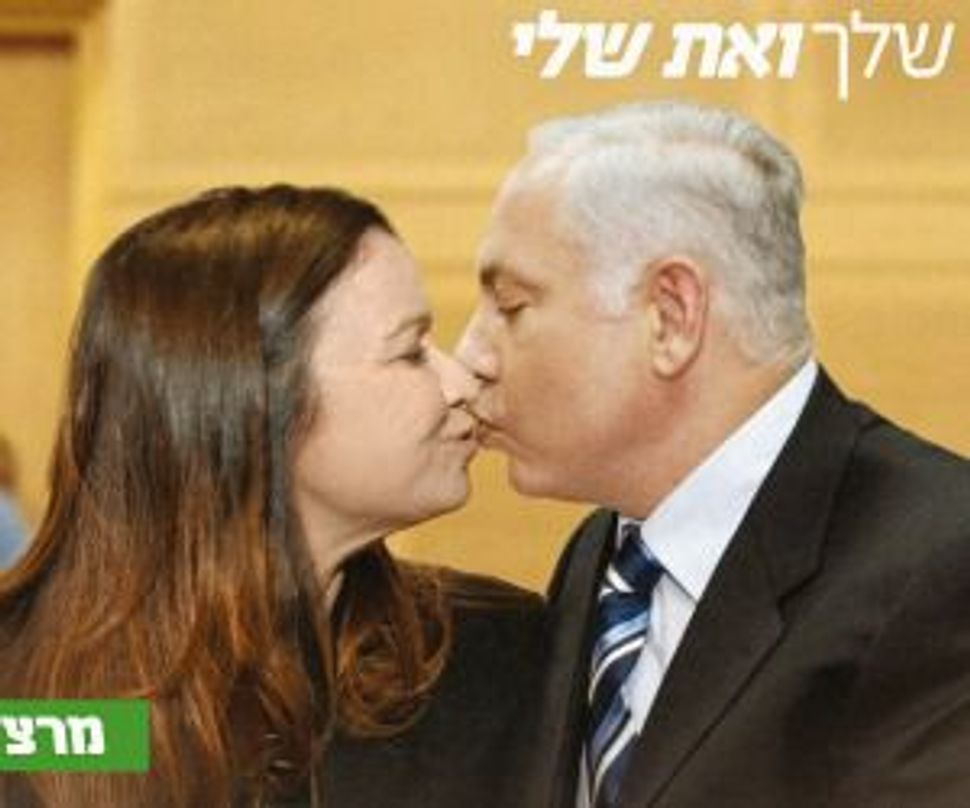 Loverboy Bibi is at it again.

Back in November 2011 Benetton photoshopped the embrace between Bibi and Abu Mazen as part of its controversial UNHATE ad campaign. There were lots of other highly unlikely couples, like President Obama and Venezuelan President Hugo Chavez and the leaders of North Korea and South Korea.

Now, the Israeli leftist party Meretz has produced altered parody images for another campaign — the one for the Israeli elections scheduled for January 23. There is the image of Bibi and Yachimovich. There is also one of Foreign Minister Avigdor Lieberman kissing Yesh Atid chairman Yair Lapid, to draw attention to Lapid’s refusal to pledge that he will not enter a coalition with Netanyahu’s Likud party following the elections and the likely event that Netanyahu will remain prime minister.

“We wished to provide an amusing and provocative illustration of what will happen to the votes of those who vote for the center parties, which are competing among themselves for the role of senior partner in Netanyahu’s next government,” said Roy Yellin, head of the Meretz campaign.

In case the photoshopped campaign posters alone do not make the point, Meretz also added a line of text on the Bibi-Yachimovich one. “I am yours and you are mine,” it says. In the Hebrew, “ani shelcha ve’at sheli,” it is a clever play-on-words of Yachimovich’s first name.