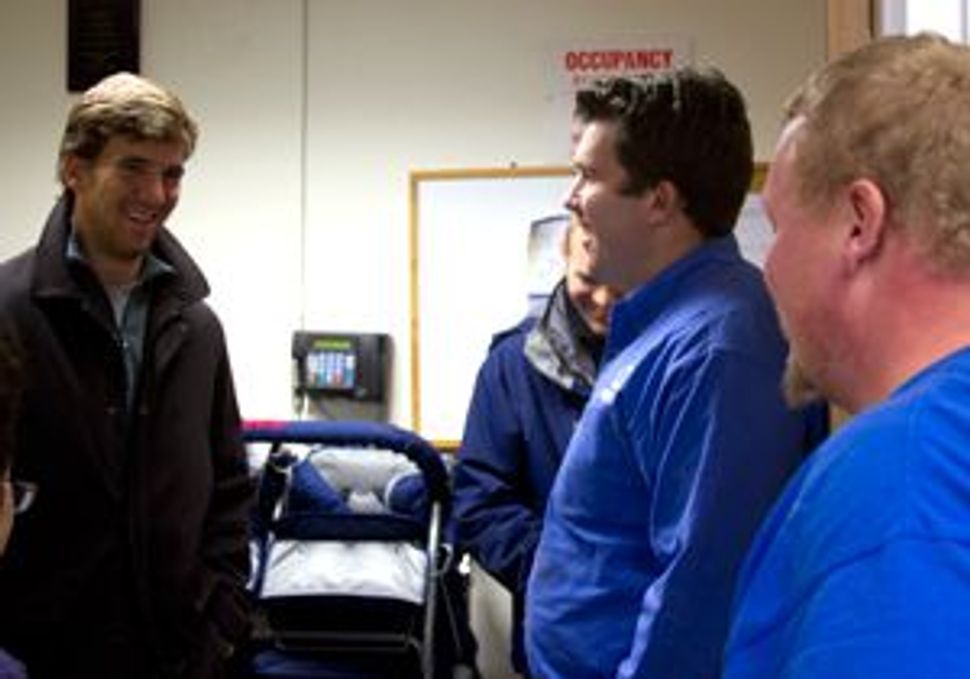 Image by courtesy of nechama

In this week’s issue, we profile Nechama — Jewish Response to Disaster, a not-for-profit group from Minnesota that has been helping clear debris from buildings damaged during Hurricane Sandy.

We didn’t realize that the little-known group had a famous friend in the form of football superstar Eli Manning.

While Nechama volunteers were working in northern New Jersey in early November, they got a very special visit from the Giants quarterback, a resident of Hoboken, who stopped by the Hoboken Multi-Service Center and thanked them for an All-Pro effort in helping the community.

“He could come back anytime to volunteer and swing a hammer and we’d do the best to protect his arm,” said Bill Driscoll Jr., Nechama’s executive director.

During the storm, a photo of Manning surveying the damage in his apartment building went viral, thanks to actress Kate Mara, granddaughter of Giants founder Tim Mara.

Everyone was happy for the Big Blue booster.

But Driscoll Jr. admitted having mixed feeling about meeting Manning. After all, Driscoll is from Boston and a fan of the New England Patriots, the team Manning has dismantled in two Super Bowls.

“I’m a Patriots guy and he’s caused us some pain,” Driscoll Jr. said. “But I was happy to see this guy.”