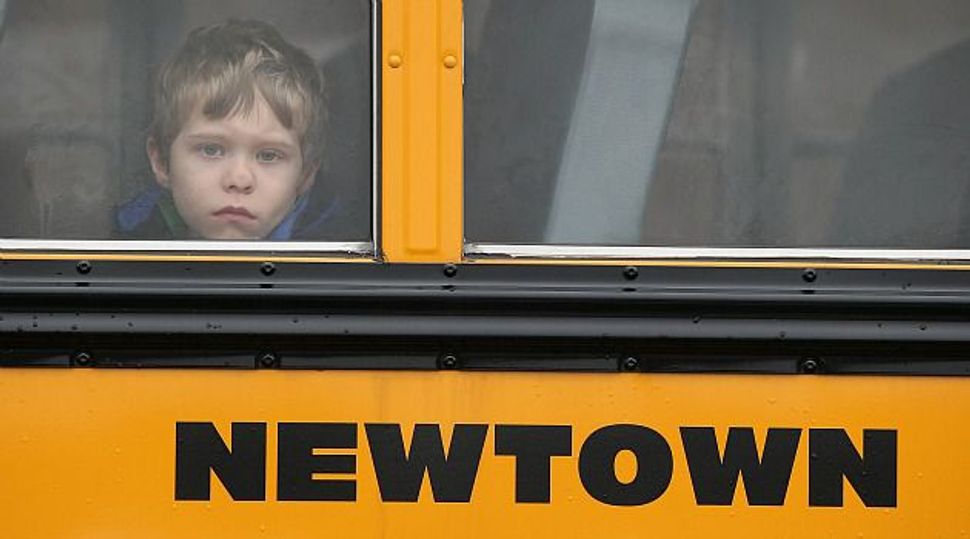 So many eloquent words have been written in the aftermath of the slaughter at Sandy Hook Elementary School in Newtown, Conn. that there is no need to add to the expressions of pain and anguish we have all shared as citizens, as family members, as Jews. But another kind of expression escapes redundancy: The call for action. It can’t be repeated enough.

The first two amendments to the Bill of Rights guarantee freedoms that must be balanced with communal responsibility. At this moment, they are not. That has to change.

Those who hide behind the Second Amendment to allow the proliferation of deadly weapons beyond all sense in a civilized society can no longer think only of themselves and their right to bear whatever and how many arms they desire. It’s just too dangerous. There have been 13 mass shootings in the United States this year alone; among the 11 deadliest shootings in American history, more than half took place in the last five years.

It’s no coincidence that the number has escalated as state after state has relaxed their gun laws, making it easier to obtain guns, to bring concealed weapons into public places, to privilege the rights of gun owners over the rights of everyone else to live safely. And virtually all the suspects in mass shootings have used high capacity magazines or assault weapons.

Reinstating the assault weapons ban, curtailing the sale of bullets, vigorously enforcing background checks and going after straw purchasers won’t immediately stop the mass shootings. Of course not. But these common sense steps would at least make us safer. Seat belts make us safer. Traffic lights make us safer. Prosecuting drunk drivers make us safer. We restrict certain freedoms for the common good. That’s all gun control is meant to do.

But this is also a First Amendment problem. Those who hide behind our cherished freedom of speech to inundate the children’s marketplace with television shows, movies, video games and other entertainment that glorify violence also share responsibility for this deadly culture. Just as the right to bear arms has been abused, so, too, has the right to make a profit with total disregard for social and communal consequences.

For years, researchers have shown that early exposure to violent images on television and in video games can desensitize some children and cause more aggressive behavior as they grow older, especially in boys. Once there was “family hour,” a time when network television only broadcast wholesome (if somewhat silly) entertainment. Now a child can access scenes of bloody aggression any time his personal device has enough juice to power up.

Swift action on gun control must come first. But we owe it to our children to also challenge an entertainment industry that has contributed to a culture that extols violence and aggression and inures them to its effects. If not, we will continue to raise boys who look at the horrific scenes in Newtown and see just another video game.