The Jewish Year Gone By and One To Come 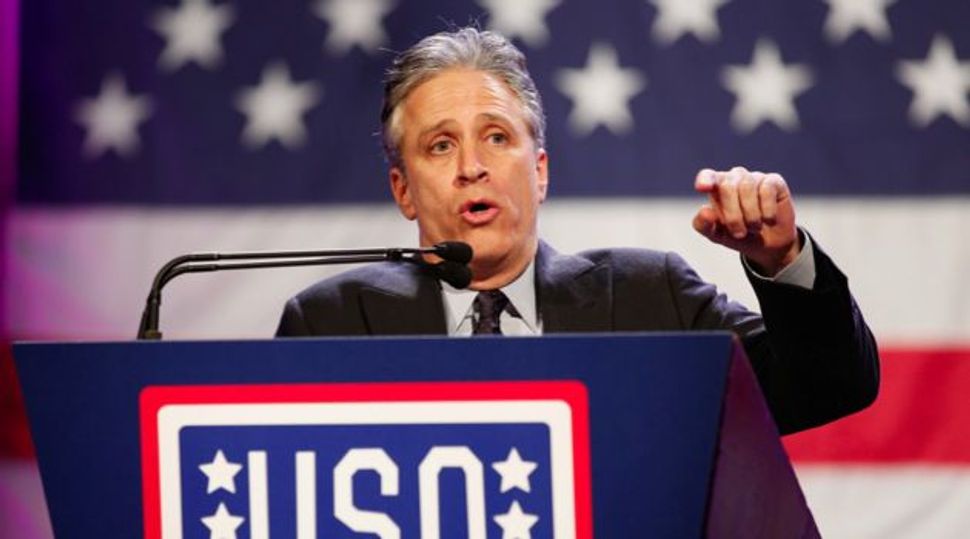 Jewish Democrats were stung at their party’s convention when the platform was criticized (by right-wing bloggers) for ignoring Jerusalem. The leadership hastily brought an amendment for voice vote and ruled that it passed, though it obviously hadn’t. Liberals and Israel aren’t getting along these days.

In 2013, look for continued sniping at Democrats over Israel by Jewish Republicans, who sadly don’t have much else to do.

Israeli-Palestinian conflict: West Bank. Israel and the Palestinian Authority marked a fourth year without negotiations. Israel said the P.A. refused to engage, though Israel’s own generals grumbled that Prime Minister Benjamin Netanyahu was the stumbling block. Palestinian leader Mahmoud Abbas, humiliated by Hamas’s repeatedly challenging Israel, upped his game by winning U.N. recognition as a non-member state pledged to peace with Israel. Israel, after promising Washington not to retaliate, announced new settlement construction in the sensitive E-1 zone near Jerusalem.

As 2012 ends, the six-year P.A.-Israel security cooperation may be breaking down. West Bank violence is rising. If it returns, Israel will find less sympathy than previously from a world community that believes Jerusalem spurned a chance for peace.

The American voters’ repudiation of the right in November may have given Jewish conservatives some pause, but the expected right-wing triumph in Israel’s January 22 elections will give them a second wind. Look for increasing rancor and division in the months ahead.

Anti-Semitism in Europe. Attacks reached alarming levels in 2012. Worst was the March attack on a Jewish school in Toulouse, France, by self-styled Al-Qaeda gunman Mohamed Merah, killing a rabbi and three children. The year saw at least eight other anti-Semitic assaults by groups of Arab youths on French Jews, mostly teens, one beaten severely. Religious Jewish men were savagely beaten by gangs shouting anti-Semitic epithets in London in July and Berlin in August. Another was assaulted in Budapest in October. A kosher restaurant in France and a Jewish community building in Sweden were firebombed. Synagogues, Jewish cemeteries and Holocaust memorials were vandalized across the continent. Several countries saw anti-Semitic chanting by soccer fans.

In 2013, look for a toxic European combination of rising far-right nativism, Muslim immigrant alienation and Arab anti-Israel rage to take a growing toll, in isolated incidents of alarming severity.

Aly Raisman, Olympic gold. Billions watched as the Massachusetts gymnast, 18, won America’s first gold medal in London with a floor exercise to the tune of “Hava Nagila.” After dedicating her medals to the 11 Israeli athletes murdered at the 1972 Munich Olympics (pleasing those angered that the London games didn’t honor them), she accepted an invitation to visit Israel. By year’s end she’d gotten as far as Florida. Another Jewish athlete, Milwaukee Brewers outfielder Ryan Braun, had his fifth All Stars appearance, 1,000th career hit and 200th career home run. He led the league in home runs, runs scored and total bases, and dodged a threatened suspension after testing positive for testosterone. Braun’s father is Israeli; he was raised in his mother’s Catholic faith but increasingly identifies as Jewish. That’s partly due to Kevin Youkilis, the longtime Boston Red Sox slugger who encourages other Jewish players to be role models to Jewish kids. Youk was traded in December to the New York Yankees, causing a local stir as the first Jewish Yankee in the nation’s Jewish capital since 1976.

Siyum HaShas, or “completing the Talmud.” The 12th cycle of Daf Yomi, the seven-and-a-half year process of studying a page a day of Talmud, concluded August 1 with gatherings on four continents totaling over 150,000 people. Biggest was a 90,000-strong assembly at MetLife Stadium in New Jersey, headlined by ultra-Orthodoxy’s leading rabbis. Gatherings elsewhere included Modern Orthodox, Conservative and plain unaffiliated Jews who dabble in text in their spare time. The blockbuster event points to two important trends: the growing demographic might of Orthodox communities within Jewry, and more generally, the expanding reach of Jewish ideas. At one end, the Jewish community may be growing looser and less engaged; at the other end a growing core of deeply committed Jews of many shapes and flavors is making and consuming an explosion of Jewish literature, music, film and scholarship.

In 2013, look for continued growth in sales of Jewish books and ritual objects, a continued burst of new Jewish literature and art, and continued tussling among rival Jewish factions over their diverse visions.

Mainstreaming American Judaism. Jon Stewart led a growing trend in 2012 by wearing his Judaism on his sleeve. Most memorable: his April 9 rant comparing Passover and Easter: “Mishpoche, we’ve got to step up our game…. They’ve got chocolate bunnies — we’ve got horseradish…. If you get the children, you win.” Back in February, as a guest on David Letterman’s “Late Show,” he talked about the challenges of transmitting Judaism to his half-Jewish children. Letterman changed the topic; Stewart changed it back. In March, hosting British actress Rachel Weisz on his “Daily Show,” Stewart asked how she’d spent Purim. (She had a hamentash with a candle for her birthday. ) Year-round he talked Judaism with Jewish guests, rebuked God over Middle East violence and laid the inner world of American Jews open to the world. It’s catching on. Approaching Yom Kippur Stephen Colbert, a Catholic, put an “Atone-Phone” on his desk for the fifth straight year so everyone could phone in regrets. In December, when Letterman asked comic Billy Crystal if he’d enjoyed the holidays, Crystal replied: “Look, you guys have Santa Claus — we have Simon Wiesenthal.”

What to expect: Do I know? What am I, the weatherman?

The Jewish Year Gone By and One To Come