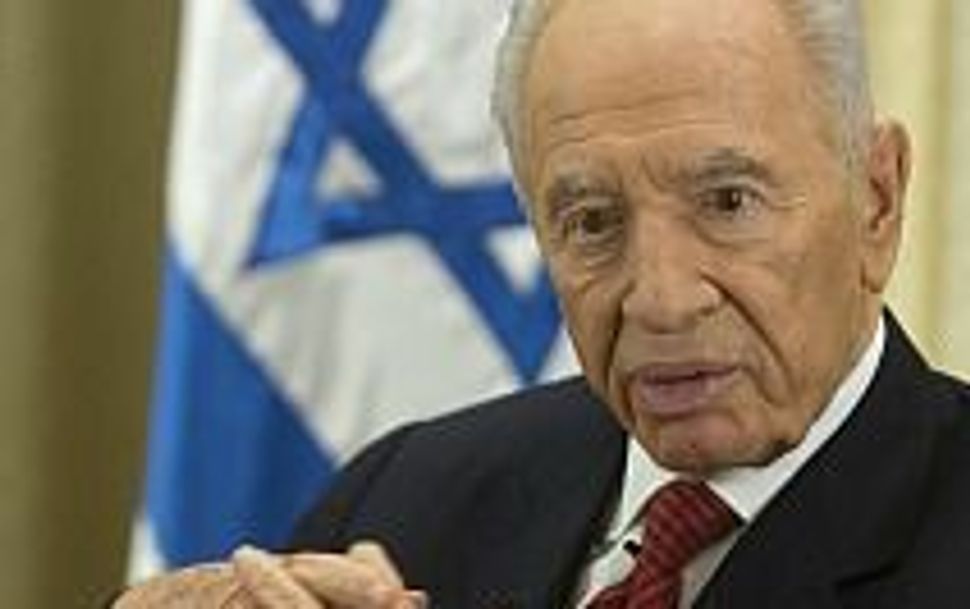 Israeli President Shimon Peres has locked horns again with Prime Minister Benjamin Netanyahu. The two men have a troubled relationship, and in the summer had a very tense month after Peres went against Netanyahu’s position on Iran.

Speaking to a large gathering of Israeli diplomats, Peres heaped praise on Palestinian President Mahmoud Abbas — a man that Netanyahu and recently-resigned Foreign Minister Avigdor Lieberman have put great energy in to discrediting and portraying as an antagonizer in recent weeks.

“I’ve known him for 30 years,” said Peres. “No one will change my opinion about Abu Mazen, even if they say I cannot express it because I’m the president.”

The remark about not expressing himself seems to have been a swipe at Netanyahu’s office, which told media after the Iran comments: “Peres forgot what he’s supposed to do as president.”

In his remarks today, without naming Lieberman, Peres scathingly attacked his approach to foreign policy.

“As a diplomat, it’s always better to be a lion in a sheep’s skin, rather than to be a sheep, roaring like a lion, scaring the whole world,” he said. “The objective of diplomacy is to create friends, not to point out enemies.”

But strangely, the most significant comment by Peres was passed over in most news articles on his talk. He appeared to go against Netanyahu’s insistence that Palestinians recognize Israel as a Jewish state.

This went beyond going against Netanyahu’s view of Abbas to challenging a position that Netanyahu says is essential to any peace process — he wants the Palestinians to recognize that Israel is a Jewish state.

Peres knew the significance of what he was saying, and Netanyahu won’t take it lightly. It’s a demand that many observers deem unrealistic but one that Netanyahu is standing by. He may well know it’s unrealistic, but its part of his starting position on the peace process, and one what he wants the international community focusing on. Peres’ comments today, perhaps even more than the Iran disagreement, shows just how large the political gulf is between Israel’s two top leaders. Expect Peres-Netanyahu to be a recurring theme of the next Knesset.