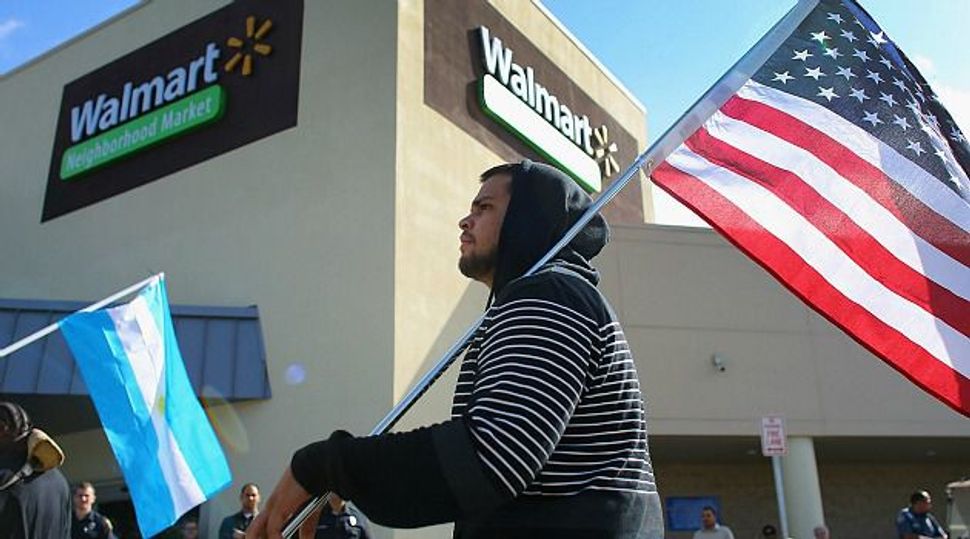 The minimum wage was created in 1938 to help reduce poverty. Today that goal has been abandoned, as Congress has resisted raising the minimum wage to keep up with the cost of living, and millions of full-time workers are unable to make ends meet.

A person paid the current minimum wage of $7.25 an hour earns just $15,080 working 40 hours a week, 52 weeks a year. This is not enough to pay for housing, food, utilities, transportation and other necessities. In fact, $15,080 is below the federal poverty line for a family of two. Raising the federal minimum wage would help the families of more than 28 million Americans, in all 50 states, who are hourly workers.

Legislation was introduced in Congress last summer to raise the minimum wage to $9.80 an hour. Equally important, the proposed law would tie future increases to inflation, to make sure they keep pace with the cost of living. This proposal has broad public support among Democrats, Republicans and independent voters. What’s standing in the way is the opposition of the business lobby and a small but powerful group of extremists in Congress.

The president should take the case for a higher minimum wage directly to the American people, just as he successfully argued that the very rich should pay more in taxes. Then, he should make sure that the Fair Labor Standards Act covers more people. More than a year ago the president proposed the inclusion of home care workers in the act’s minimum wage and overtime protections for the first time, through a simple rule change. The Department of Labor received more than 26,000 public comments about this proposal, and 80% were in favor of the change, but the rule was never issued.

Finally, the administration should advance workers’ rights by promoting comprehensive immigration reform. Workers caught in the shadow economy are routinely exploited, with little or no recourse. Immigration reform that offers a pathway to citizenship will allow the millions of undocumented immigrants currently working in the United States to come out of the shadows and benefit from the same protections that all workers deserve.

Alan van Capelle is the CEO of Bend the Arc: A Jewish Partnership for Justice.