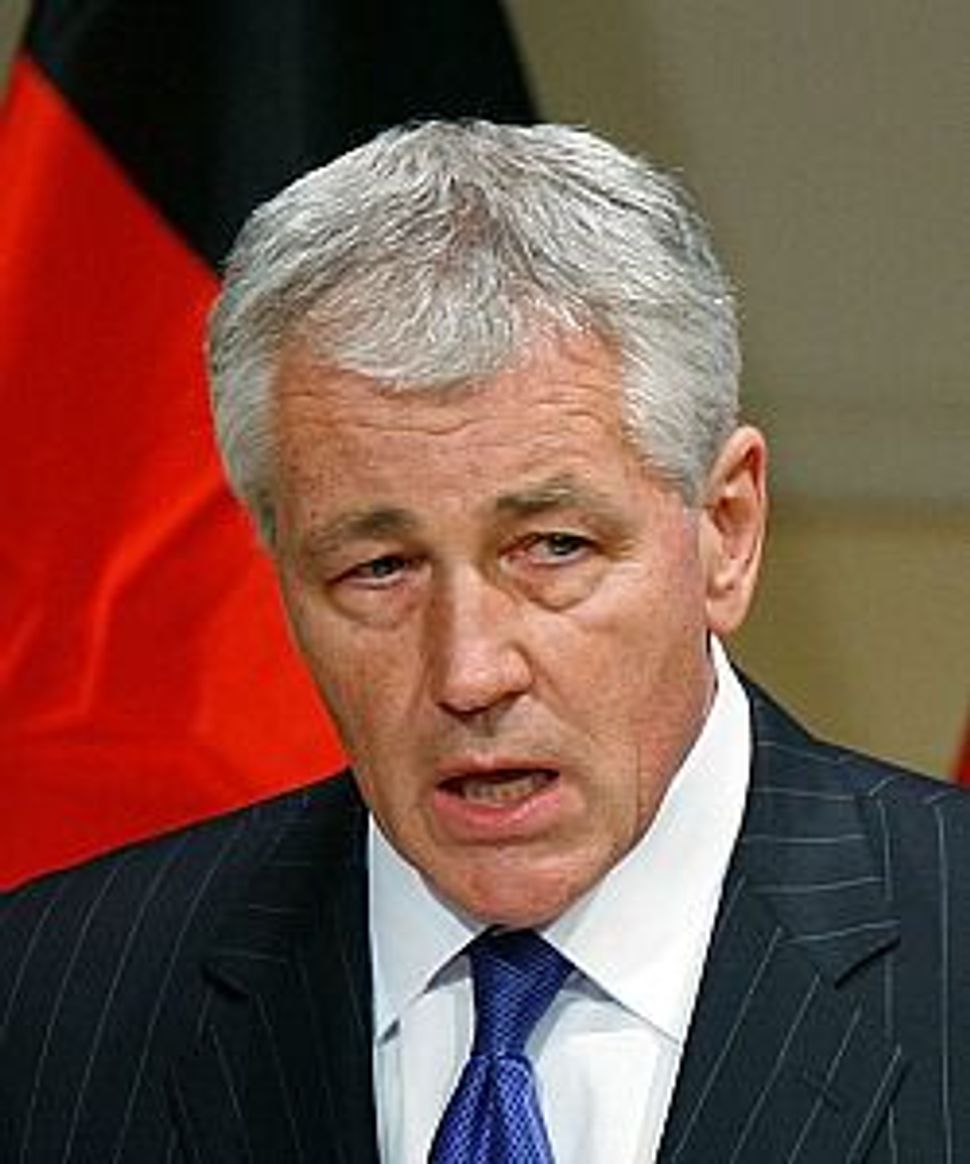 The debate over the possible nomination of former Senator Chuck Hagel for defense secretary is not dying down.

The White House has yet to formally announce whether Hagel will be its pick for the top Pentagon post, although President Obama has signalled to insiders that he is the likely choice. And the president did come out in Hagel’s defense in his Sunday Meet the Press interview, calling the Nebraska Republican “a patriot”.

Where does the Jewish community stand on Hagel as Defense Secretary? All over the map.

Leading the detractors is, of course, Abraham Foxman of the Anti Defamation League whose remark that Hagel’s comments on the pro-Israel lobby “border on anti-Semitism” triggered the entire debate. The American Jewish Committee’s David Harris weighed in on the same side with an anecdote reminding the public of Hagel’s refusal to sign a letter condemning anti Semitism in Russia. Malcolm Hoenlein of the Conference of Presidents of Major American Jewish Organizations expressed “concern” over the possibility that Hagel will take over as defense secretary, although he did add that such a nomination will be something “we will work with.”

The Republican Jewish Coalition was first to criticize Hagel, calling his nomination “a slap in the face for every American who is concerned about the safety of Israel.”

The Israel Project’s new president and CEO Josh Block has also been active in circulating material highlighting opposition to Hagel due to his record on Israel.

The American Israel Public Affairs Committee has not made any public statement regarding its views on Hagel although it is widely believed that the pro-Israel lobby would not be at ease with a defense secretary who has openly criticized it.

Among the few Jewish groups standing up for Hagel are the dovish lobby J Street as well as Americans for Peace Now. The National Jewish Democratic Council did not express any view on the issue.

In Congress, some Jewish lawmakers chose to steer clear. New York Senator Chuck Schumer refused to take a stand on the issue, while Senator Dianne Feinstein said Hagel was “confirmable meaning he could get approved by Senate. Michigan’s Carl Levin, who heads the Senate’s armed services committee which will lead the confirmation expressed his support for Hagel. Independent Joe Lieberman, who ended his Senate career on Wednesday, said he would have some “serious questions” for Hagel and estimated that his confirmation would be “tough”.

In the House, retiring Massachusetts Democrat Barney Frank stated his opposition to the nomination because of Hagel being “against fairness for LGBT people” and New York’s Eliot Engel, the incoming ranking Democrat on the House foreign affairs committee said he is concerned about the nomination.

In the world of pundits, it was the New York Times’ Thomas Friedman who set the tone for the debate by urging all parties to “give Chuck a chance”. On the other end of the spectrum it was the Weekly Standard’s William Kristol who not only led the attack against Hagel but also ran ads through the Emergency Committee on Israel he founded arguing that Hagel is “not a responsible option” for the job.

So, Hagel’s bottom line with the Jewish community is surprisingly mixed. While he clearly does not enjoy much support from the organized Jewish world, he still has backing, albeit not very vocal, from some leading Jewish senators. And he’ll always have Tom Friedman.