Marriage Isn’t One Size Fits All 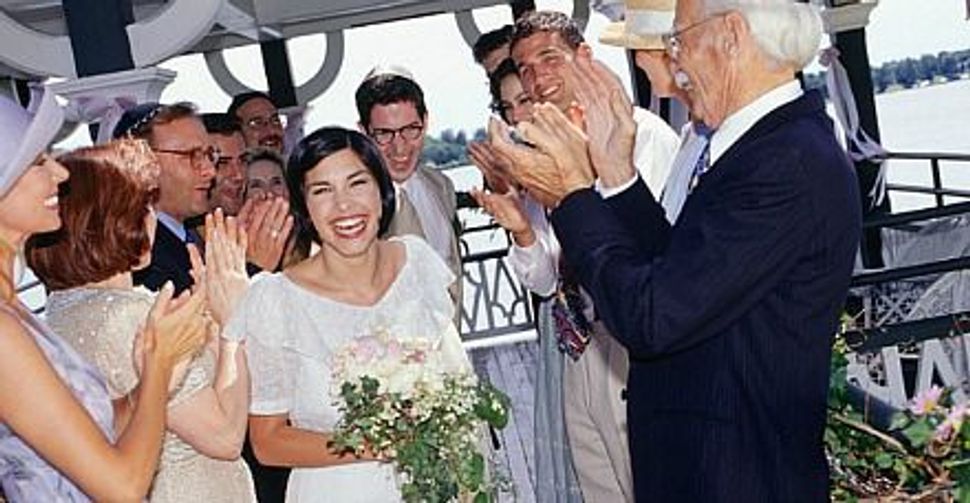 Let’s face it. Unless you send your child to a Jewish day school, Camp Ramah or Brandeis University, there is a high chance that he or she will become romantically involved with a non-Jew. While I appreciate Jane Eisner’s concerns in For 2013, A Marriage Agenda, she does not address some of the fundamental issues as to why non-Orthodox American Jews choose to marry non-Jews or do not get married at all. 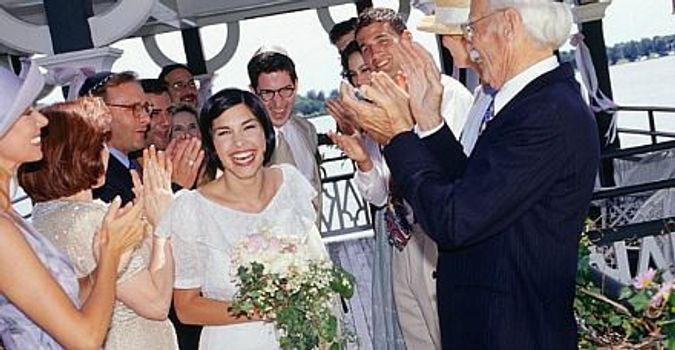 Intermarriage is a deeply personal affair for American Jews, as most of us have a close relative or friend who has married out of the faith. If Eisner takes a look at the personal lives of major non-Orthodox Jewish donors and lay leaders in the United States, she will find that many of them are themselves married to non-Jews, or have children who are married to non-Jews.

How can she expect American Jewry’s “so-called leadership” to fight the battle against intermarriage when many of them have married out of the faith or have intermarried children? We are talking about people’s lives here, so a Jewish leader aggressively fighting against intermarriage will most likely risk hurting their intermarried children, friends and relatives. Like it or hate it, it is much easier to focus on Israel than to discuss an issue which so personally affects each and every one of us.

One major reason that only 50% of non-Orthodox Jews are married by age 31 for women and by 34 for men is that it has become prohibitively expensive for the middle class to raise children in the United States. A recent government report found that on average, it costs $235,000 for a middle-income family to raise a child from birth to age 17, excluding college, which can cost another few hundred thousand dollars. This figure does not take into account sending one’s child to a Jewish day school, synagogue membership, Jewish summer camp, Hebrew school, bar/bat-mitzvah, and so on.

Eisner’s alarmist language (“If current trends continue, worrying about whether our children hear an anti-Israel slur in the college dorm will be the least of our concerns”) makes intermarriage out to be a zero-sum game. But I know from personal experience that it is not. If Jewish continuity is Eisner’s biggest concern, she should first look at how the American Jewish establishment can make it easier for young people to raise Jewish families. This means highly subsidizing Jewish education and institutions, which will incentivize young Jewish professionals to get married and have children sooner.

If we accept that intermarriage cannot be wished away, then we need to ask whether the American Jewish establishment (federations, synagogues, schools, etc.) have been welcoming enough of interfaith families. Families which feel included in the Jewish community are more likely to raise Jewish children than if they are shut out. A single negative experience at a Jewish communal event or institution can sufficiently traumatize a non-Jewish spouse to the extent that they will distance themselves and their family from the Jewish community.

By the same token, a parent who rejects their child’s decision to marry a non-Jew risks that child not raising a Jewish family at all. It is much more effective for parents to actively assist their children to incorporate Judaism into their interfaith family than to treat it as an all-or-nothing situation.

I agree with Eisner that the Jewish community should promote marriage as the foundation for a healthy Jewish culture. I would strongly encourage American Jewish leadership and philanthropists to help make raising a Jewish child more affordable for the middle class, as well as to fund Jewish institutions which are inclusive of interfaith families.

If the Jewish establishment does take heed of Eisner’s suggestion and promotes marriage as the foundation for a healthy culture, then we also need to ask whether our Jewish leaders have been outspoken enough on behalf of gay and lesbian Americans. LGBT couples, Jewish and non-Jewish, are still denied the right to marry in the majority of our states and their marriages are not recognized by the federal government. That sounds like a marriage agenda we could all agree on.

Dan Brotman is originally from Lexington, Mass. and lives in Cape Town, South Africa. You can follow him on Twitter at @DGBrotman.

Marriage Isn’t One Size Fits All