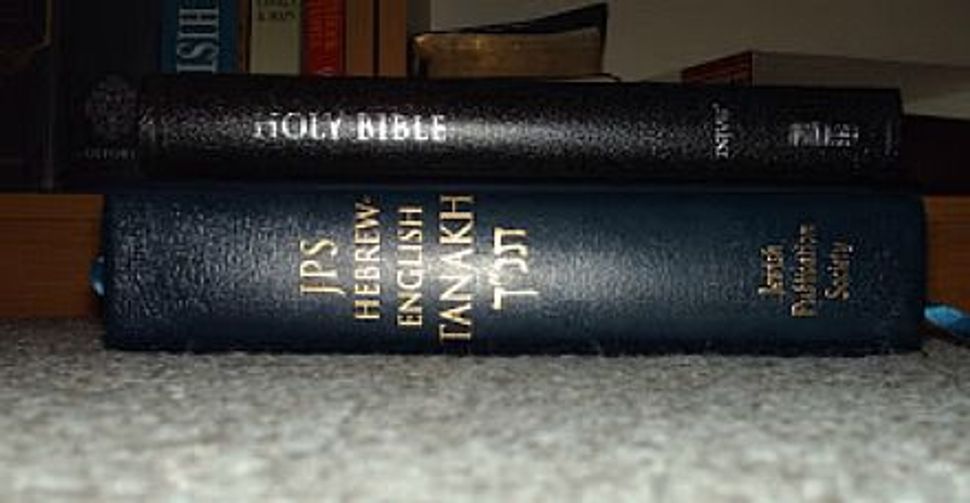 “The Catholics have done it; the Protestants have done it; AND NOW THE JEWS ARE GOING TO DO IT!” So began a 1956 solicitation letter for, of all things, a new Jewish translation of the Bible. Fifty years have now passed since the first part of that translation, “The Torah: The Five Books of Moses,” was published, amid great fanfare, by the Jewish Publication Society. Looking back, what did those Jewish translators accomplish? 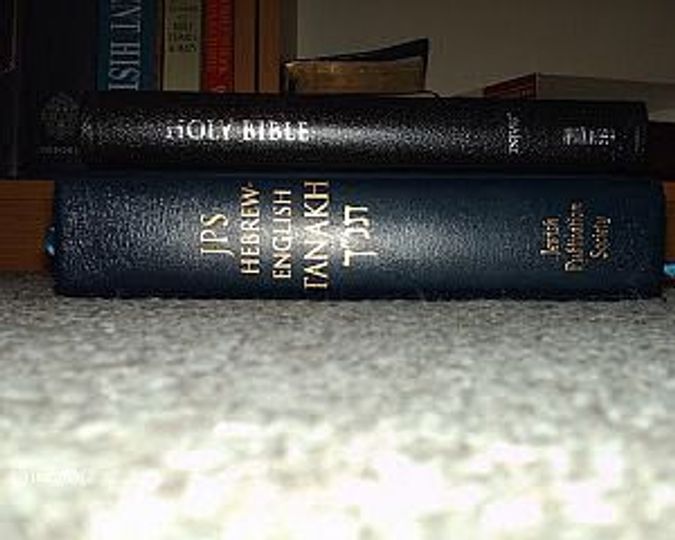 Past Middle Age: The JPS translation of the Bible was a singular achievement. But it may be time to reassess the famed work.

As the solicitation letter for the project implied, the translation responded to a nationwide revival of interest in the Bible during the immediate postwar era. Among Protestants, this resulted in the translation known as the Revised Standard Version of the Bible, published in 1952.

Among Catholics, it resulted in a translation begun in 1948 and was published in 1970 as the New American Bible. Modern scholarship, modern English and modern typography characterized both of those translations. They cast off the increasingly impenetrable English of former translations, influenced by the King James Bible of 1611, in favor of a respectful but more contemporary idiom.

English-speaking Jews had their own arcane translation in the spirit of the King James Bible. A team led by the noted American Jewish scholar Max L. Margolis had produced it, and JPS published it in 1917. That translation made use of traditional Jewish Bible commentaries, followed the traditional Jewish ordering of the biblical books and, most important, purged Christian renderings that read into the Hebrew Bible anticipations of the coming of Jesus.

“To the Jews,” one scholar later explained, the translation “presented a Bible which combined the spirit of Jewish tradition with the results of biblical scholarship, ancient, medieval and modern. To non-Jews, it opened the gateway of Jewish tradition in the interpretation of the Word of God.”

Banker Jacob Schiff, who largely funded the project, confidently predicted that the work would not need to be done again “for several centuries.”

As it turned out, however, complaints about what one critic described as “questionable renderings” and “queer-ities of English” arose within less than one decade. By the 1950s, the old JPS translation appeared awkward and outdated. Its use of “thee,” “thy” and “ye,” along with ancient forms such as “liveth” and “bringeth,” obscured the true meaning of the biblical text. Advances in biblical archaeology, and the discovery and decipherment of ancient Near Eastern inscriptions, meanwhile, clarified the meaning of many once puzzling biblical expressions that the 1917 translation had plainly misunderstood.

With Jews beginning to turn to the Protestant’s Revised Standard Version to learn what the Bible actually meant, Harry Orlinsky, professor of biblical literature at Hebrew Union College- Jewish Institute of Religion, the only Jew involved in that Protestant translation, challenged his fellow Jews to act. The title of his much publicized address to the JPS in 1953 summed up his proposal: “Wanted: A New English Translation of the Bible for the Jewish People.”

Winning support for this proposal and recruiting a team of translators to carry it out proved no easy tasks, but in the end, three scholars, as well as rabbis representing Orthodox, Conservative and Reform Judaism, took up the challenge. Little did they know what they were getting themselves into. The translation of the Torah alone occupied them from 1955 to 1962. The translation of Genesis alone required 13 different revisions before the committee felt confident enough to release it.

The committee members’ problems, perennial ones for Bible translators, concerned matters of principle. Should they strive above all to explain each word faithfully, or should they favor, instead, an idiomatic translation? Should they be guided by what they thought the Bible meant, or only by what the text actually said?

Should their highest priority be accuracy, readability or majesty of expression? And what about when ancient versions, like the Greek Septuagint, preserved variant readings? Might those be substituted for the traditional Hebrew text if they seemed to make more sense?

On the final point, the committee was unequivocal. Unlike its Catholic and Protestant counterparts, it “undertook faithfully to follow the traditional (masoretic) text.”

Every word was translated from the Hebrew original. Where committee members deviated from their Jewish predecessors was in their enthusiastic embrace of the idiomatic over the mechanical word-for-word translations that once had been normative. Instead of “Laban departed and returned unto his place,” for example, the new translation crisply substituted, “Laban left on his journey homeward” (Genesis 32:1).

The completed Torah translation, when published in 1963 (publication was delayed pending settlement of the New York newspaper strike), was warmly welcomed by Catholic and Protestant scholars as well as by Jewish ones. Even Justice Arthur J. Goldberg, then newly appointed to the U.S. Supreme Court, pronounced the new translation “excellent.”

In a much- discussed Commentary review, Theodor Gaster of Columbia University demurred, lamenting that “with all its excellencies and clarifications,” the translation somehow lacked “the magic of the Bible… the verbal tact, the economy of statement, the pregnancy of phrase, the ability to catch a scene in a sentence and a situation in a word.” But whatever its deficiencies, “The Torah” achieved wide sales; a quarter of a million copies were printed within a decade.

Twenty more years would pass before JPS celebrated the translation of the whole Bible, in 1982. Three years later, all three parts of the Bible translation, with revisions, were brought together in one volume, titled Tanakh — from the Hebrew acronym for Torah (Pentateuch), nevi’im (prophets), and kethuvim (writings). That title, carefully chosen, underscored the Jewishness of the new translation.

A “Judeo-Christian” title like “The Holy Scriptures” was consciously rejected. Tanakh thus encapsulated an important message about the JPS Bible translation as a whole: that even though Jews had the Hebrew Bible in common with their Christian neighbors, they understood much of it differently, and even called it by a different name.

Today, half-a-century since its first appearance, the JPS Torah translation is showing its age. Scholars have pointed to numerous passages where the translation fails to take account of the latest research. Feminists have called for a translation that is “gender sensitive,” especially in its depictions of God. Translators like Everett Fox and Robert Alter have produced alternative Jewish translations, foregrounding principles markedly different from those that the JPS team employed.
In light of these developments, the argument that JPS made when it first solicited funds for the new translation back in 1956 might well be revisited. With Catholics and the Protestants looking to update their Bible translations, should not Jews be doing so, as well?

Jonathan D. Sarna, Joseph H. & Belle R. Braun Professor of American Jewish History at Brandeis University, is the author of, among other books, “JPS: The Americanization of Jewish Culture, 1888–1988.” His late father, Nahum M. Sarna, was part of the team that translated the writings for the JPS Tanakh.