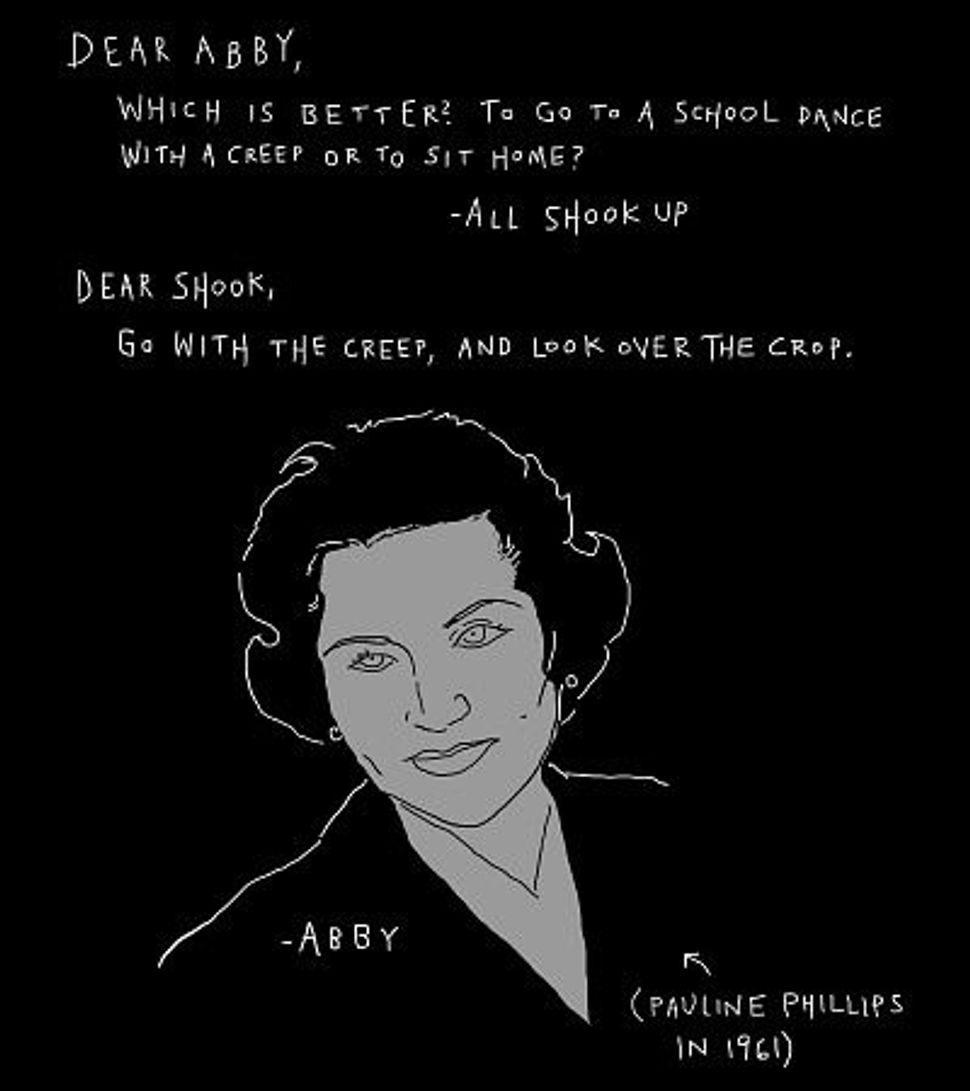 Pauline Phillips, who wrote the ‘Dear Abby’ advice column, died yesterday at the age of 94.

The daughter of Russian immigrants was born on the Fourth of July in Iowa and learned the lexicon of everyday middle American life growing up in the heartland. Her advice was always sharp, witty and sound — and her audience swelled into the tens of millions.

Before Phillips’ birth in 1918, Forward editor Ab Cahan was credited with virtually creating the advice column genre with the Bintel Brief. That column helped make the Forverts indispensible reading to Jewish immigrants and a central pillar of Jewish life in New York in the early part of the last century.

I believe Cahan would have been a fan of Phillip’s work, which was rooted in the everyday concerns of her tens of millions of readers.

He would have mourned her. We mourn her.