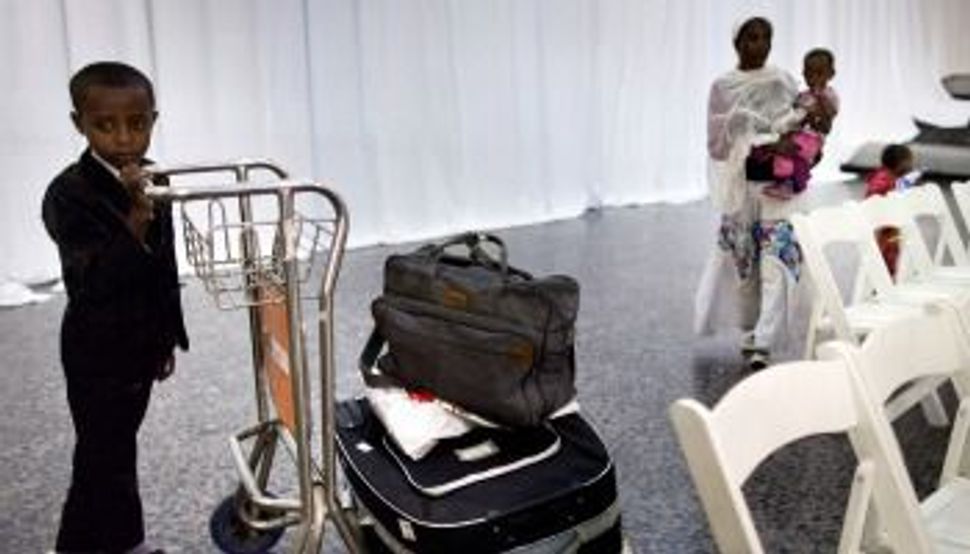 More questions are raised than answered with an Israeli government official’s letter on the birth control scandal in the country’s Ethiopian community.

Health Ministry Director General Ron Gamzu has instructed HMOs to stop injecting women of Ethiopian-born women with the long-acting contraceptive Depo-Provera. The background is that last month an Israeli television report alleged that Ethiopian immigrant women were coerced into taking contraceptive shots in transit camps in Ethiopia when waiting to move to Israel, and continue to receive the shots in Israel.

Gamzu has not confirmed in so many words that women have been coerced to take the contraceptive, but has indicated that there are Ethiopian women who don’t understand exactly what they’re taking and why. His letter instructs gynecologists “not to renew prescriptions for Depo-Provera for women of Ethiopian origin if for any reason there is concern that they might not understand the ramifications of the treatment.” (To be clear, Gamzu did not indicate that the government is responsible for the situation, but just that it must stop.)

This is a step forward from the previous situation that saw everyone, in Israel and the Diaspora, denying knowledge of a problem, but it’s far from the comprehensive investigation needed in to such a serious matter.

It seems that Ethiopian women started receiving the shots in 1994, in Jewish Agency-run transit camps where the Joint Distribution Committee was responsible for healthcare. But it’s unclear exactly who came up with the idea of the injections, why, and what explanation and choice (or lack of explanation and lack of choice) was given to the recipients?

What was the plan? Was it a time-limited program to make emigration from Ethiopia and arrival in Israel easier by preventing births during the time of relocation which somebody somewhere extended in to a long-term program?

Or was it a long-term plan from the start — some attempt at population control aimed at African immigrants?

After women started receiving the shots in Ethiopia and then relocated, who facilitated/demanded their continued contraception? Jewish Agency-run absorption centers together with the Immigration and Absorption Ministry are largely responsible for Ethiopian immigrants when they arrive. Did its employees arrange for women to visit gynecologists and continue shots? If not, who?

Once the women were receiving the contraceptive in Israel, who was arranging for their repeat shots? Was there (continued) involvement of the Jewish Agency or did HMOs make the arrangement for their regular injection with this product that is usually reserved for the mentally ill and others who can’t remember to take pills? How much did the state know and did it give any encouragement?

How will answers come out? Will the government order an investigation, or at least apply pressure for an independent probe of the Diaspora organizations that run the transit camps? One imagines that if it were well-heeled immigrants from America as opposed to poor Africans from Ethiopia at the center of the scandal then getting to the bottom of it would be something of a state priority.