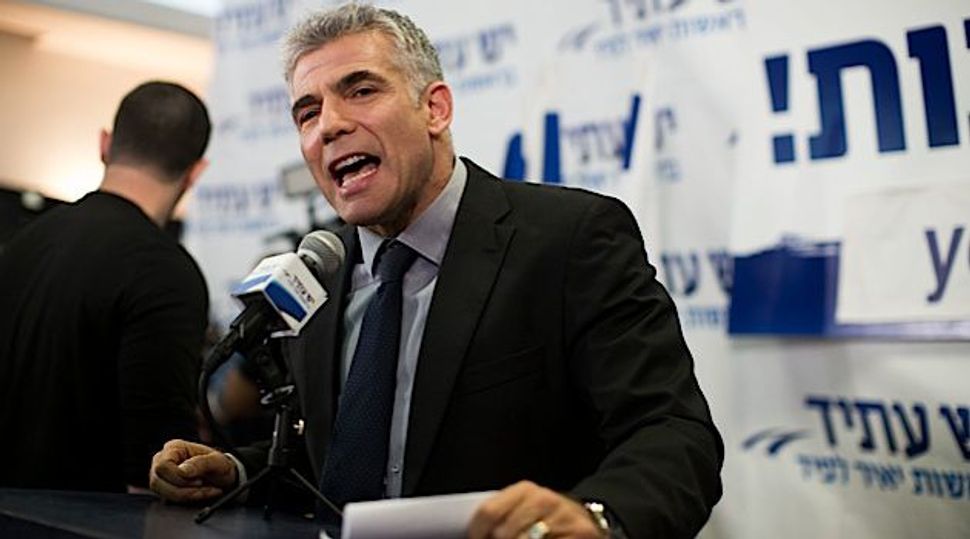 The Winner: Yair Lapid?s sweep of 19 Knesset seats was unanticipated by the American press. Image by Getty Images

David Remnick wasn’t the only journalist to inaccurately forecast the outcome of the January 22 Israeli election, but because he is arguably one of the best practitioners of his craft, his mistaken prediction really stung. In a 9,000-word piece on the ascendant religious right, published in The New Yorker just before the election, Remnick confidently argued that “the story of the election is the implosion of the center-left and the vivid and growing strength of the radical right.”

Well, no. As it so happens, the story of the election was the surprising strength of a brand-new centrist political party led by a charismatic former journalist who tapped into middle-class anxieties about the nation’s growing economic, cultural and religious divide. The stunning ascent of Yair Lapid’s Yesh Atid (There Is a Future) party, combined with an embarrassingly tepid showing for Benjamin Netanyahu’s ruling coalition, left many in the pundit class struggling for explanations.

Remnick wasn’t the only one. On January 21, journalist Shmuel Rosner posted on The New York Times website: “Bibi Forever.” A week later, Rosner was scrambling to explain why he, too, got it wrong. We at the Forward didn’t quite see it coming, either. We published a strong, insightful story detailing how Naftali Bennett’s new HaBayit HaYehudi (Jewish Home) party was reclaiming the religious Zionist mantle but never gave equal consideration to Lapid’s nascent movement. In our defense, we only reflected the consistent message from Israeli pollsters, who forecast as much as a second place finish for Bennett. Instead, he came in fourth.

Why did the mainstream media make such a mistake? Public polling in Israel is deeply flawed, and this election campaign put that in high relief. Pollsters tend to only call landlines, effectively excluding huge swaths of the population who communicate with a pele-phone to the ear. (Not coincidentally, mobile phone users are the type of younger voter more likely to support Yesh Atid.) Clearly, Israel needs its own Nate Silver.

But this election also upended the conventional narrative that Israelis put “security” at the top of the list of issues they consider when casting a ballot. Only when security is ensured — either through negotiations with the Palestinians or a strike to end Iran’s nuclear ambitions, take your pick — will Israelis then turn to the domestic issues, so the theory goes. And those security concerns live squarely at the intersection of Israeli policy and American interests. You don’t hear American Jews fret over the price of cottage cheese in Hadera. You hear American Jews fret over the lack of a peace deal with the Palestinians, or the threat of an Iranian nuclear attack.

Many Israelis, we learned on January 22, care about other things first. Domestic things. Will the Haredim share the burden of defending the country? Will the government work to ease the prohibitive cost of housing? Will the concerns that fueled the social justice protests in 2011 make their way to the Knesset legislative agenda?

So all those whose predictions were off deserve a break — as long as we take this as a lesson that democracy has the power to surprise us.