Israeli Prime Minister Benjamin Netanyahu should take the heat out of his row with U.S. President Barack Obama, his top coalition partner said on Tuesday, warning that the spat over Iran was not helping Israel. 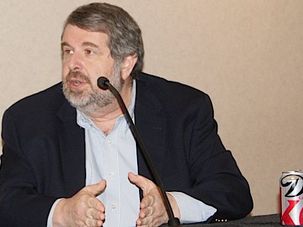 In Israel, it wasn’t just the candidates who won and lost. Fresh off their U.S. Presidential campaigns, six American political consultants turned their attention to Israel. 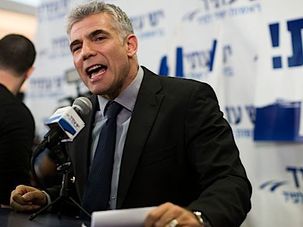 FORWARD EDITORIAL: Why did so many journalists not foresee the strong showing of a centrist party in the recent Israeli elections? 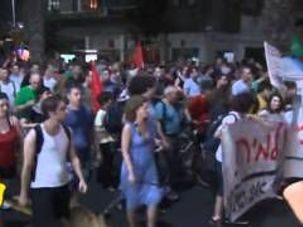 Israelis continue to protest for social justice. This past Saturday night, a demonstration took place in Tel Aviv once again opposing Prime Minister Benjamin Netanyahu’s government policies. Only that the protests became messy — when a different group of demonstrators tried to take over the stage and shift the media and the public’s attention to their causes, creating a type of feud between the two groups. As it turns out, there are several camps within the protestors fighting for the general cause of social justice. And while it is natural for protest leaders to disagree on the format of the protests, the slogans, the posters, and even the content, this turn of events took the disagreement to a different level. A group claiming to represent the weaker and poorer segments of Israeli society barged the demonstration stage attacking the speakers, and accusing them of using the people’s cry out for help in order to gain themselves some political power. In addition to the well-known protest leaders that led the mass demonstrations last summer as well, the head of the newly formed “Atid” political party, Yair Lapid, spoke on Saturday night, and most likely, angered the additional group for what they perceive as politicizing the event. The rift grew stronger as the charging protesting group lashed out at the other for only fighting for the ultra-orthodox and Arab sectors of Israeli society to participate in civil service and duties, whereas they see the problem with the … 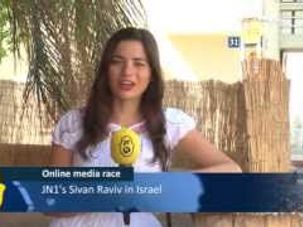 Many politicians in Israel, like elsewhere around the world, have turned to social media and Facebook in particular, in order to vocalize themselves and deliver messages to their public. And at times, a virtual rivalry can actually develop between the politicians, when noting who has more followers, who receives more Facebook “likes” on their posts, their pictures and their comments. This week the Israeli politicians found themselves defending their social media status in this online sphere. While Israeli President Shimon Peres has 70000 “likes” on his Facebook page, Yair Lapid, who has only recently joined politics and formed his own party, has gained about 50000 “likes” on his page in a matter of a few months. Whereas the head of the labor party Shelly Yacimovich, has solely 20000 “likes”. But the most “liked” Israeli politician on Facebook, is Prime Minister Benjamin Netanyahu ,whose Facebook account has trumped them all with about 277000 ‘likes’ on his personal page. However, the Labor party’s online staff rushed to “call his bluff” and point out that in reality, most of Netanyahu’s followers were people from abroad, and not necessarily Israelis at all. Netanyahu, who has recently received much criticism from middle-class Israelis in regards to his economic policies, is indeed leading the online media race. Nevertheless, if it is accurate that most of his fans are not Israeli, this will not impact the amount of votes in the ballots. Because in order to elect a …