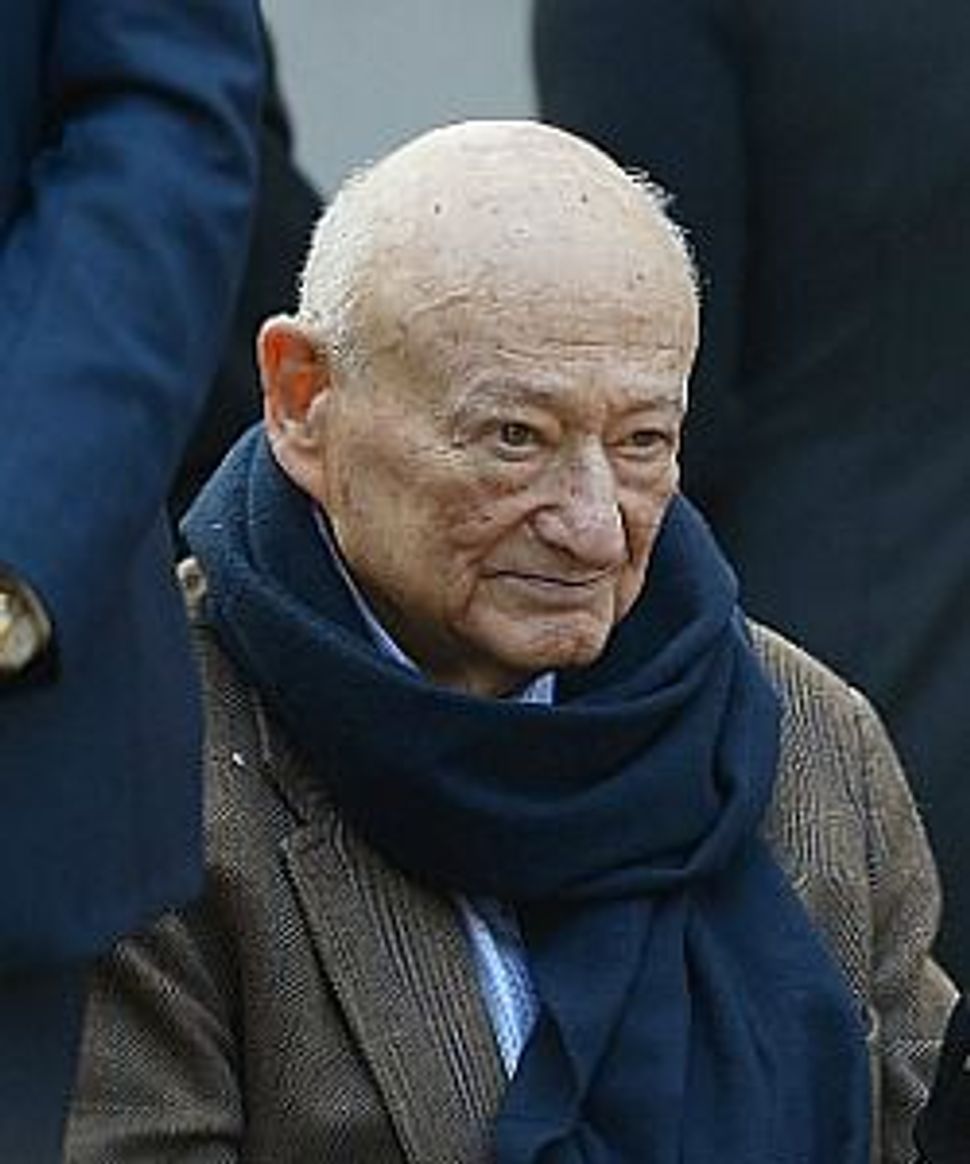 The death of Ed Koch reminded us that in our archives we have a couple of poems about the mayor by the late, great poet of the Forward, Stanley Siegelman.

These are too charming not to share again, so without further ado, we offer a special reissue of Siegelmania’s greatest Koch hits.

The mayor thoughtfully explains
He wants his bodily remains
To rest within the burg he loves.
Should we extend him Mazel Tovs?
In past, both shul and church he shunned,
But looking toward the moribund
It’s all the same, the lines get blurred
The moment that one is interred!
With thought the mayor chose his spot,
A carefully considered plot,
A plot that’s deep (for what it’s worth)
And seriously down-to-earth.
This latest news has cast a pall
On not-too-distant City Hall.
Detractors there, who wished him ill,
Assumed of him they’d had their fill.
But now his spirit will be free
To haunt them for eternity.
His fans, who number more than few,
Applaud this brash, no-nonsense Jew.
But what got into Koch’s head
To mingle thus with goyish dead?
We’ll term his future burial
A triumph ecumenical!
Let’s all salute, on his behalf,
His “How’m I doin?” epitaph.

His enemies’ ire has risen a notch,
They’re angered the bridge has been named for Ed Koch.
“So how am I doin’?” he answers, robust,
His friends are delighted, his foes are non-plussed.
The latter recoil at the sight of his name,
Now being installed on the old bridge’s frame.
No epithets faze him or weaken his will,
He acts as if he were New York’s mayor still.
Although his detractors most surely won’t quit,
They’ll still cross that bridge when they’re coming to it.
(Will traffic be altered by this change of name?
Will dangerous potholes persist all the same?)
Opponents of Koch, now depressed, in defeat,
Are burning their bridges, in total retreat.
Connection ’twixt boroughs (Manhattan and Queens)
We trust will not change and disrupt our routines.
But if this should happen (perhaps and mayhap),
Advance plans are requisite, to bridge that gap.
If Ed’s foes persist with uncouth verbiage,
They’re certain to dub him “that son-of-a-bridge.”