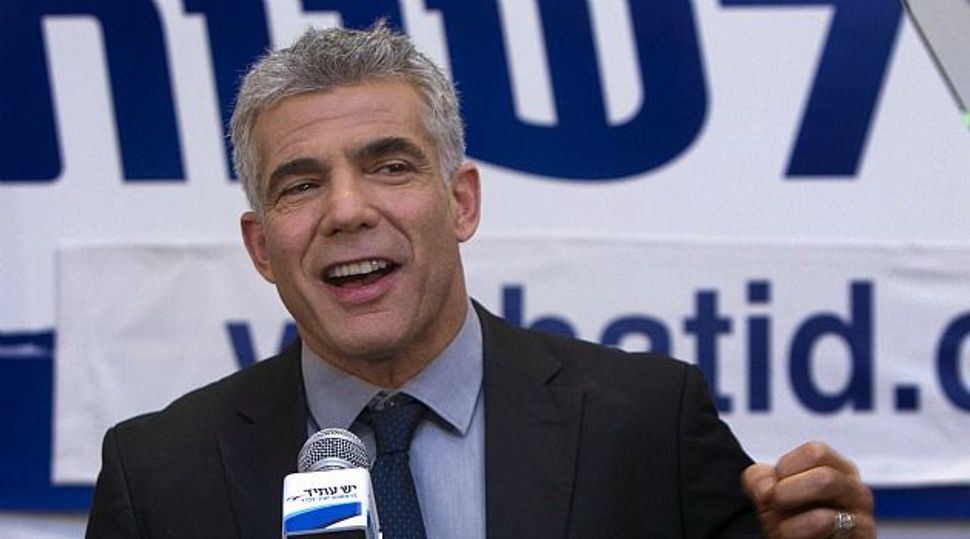 Is Barack Obama’s upcoming visit to Israel going to turn into a Yair Lapid love-in?

The Israeli daily Yedioth Araronoth, suggested in its editorial yesterday that Obama decided to come because Netanyahu is currently weak — because of the staggering success of Yair Lapid’s Yesh Atid party. The administration is working on the premise that “Netanyahu won, but he really lost, and therefore, he will do what is demanded of him,” Yedioth estimated.

So, as a result of Lapid-the-centrist’s success “Obama is coming to press Netanyahu’s weak point after the Israeli people have had their say and partly disproved the American concern over an Israeli lurch to the right.”

For a further Yair Lapid-related aspect of the trip, some are suggesting that it will compel Prime Minister Benjamin Netanyahu to his Yair Lapid’s Yesh Atid party in his coalition. Take, for example, this Haaretz article which reports:

One [Israeli] source even argued that Obama’s visit, scheduled for late March, is so close on the heels of the Israeli election as to constitute “inappropriate interference” in local politics, and that it would pave the way for Yesh Atid chairman Yair Lapid into the Israeli coalition.

So, we get the impression that Obama is going to arrive in Israel and throw his arms around Lapid, muttering under his breath something like “you’re my centrist Messiah — at last I have someone in Israel to talk to.” Which is funny given that Lapid has shown himself in the past to be far from an Obama fan.

When Obama last visited Israel as a candidate in 2008 the Forward reported that Lapid commented that however big his smiles he doesn’t really care much about Israel.

Lapid wrote on the eve of that visit that Obama, who was still to be elected, would “not be lying” when he spoke of his concern for Israel etc yet “he won’t be telling us the truth – the fact that he has other concerns, which are more urgent; he has friends that he cares about more, and other people that he needs to help in their daily struggles.” In office, Lapid wrote, Obama would concentrate on all sorts of domestic issues and “[w]hen he’s done with that (if he’s ever done with that) he will have to decide what is of greater interest to him: A group of loud Israelis who have become addicted to the attention of the world’s greatest superpower, or his hungry brothers and cousins in war-torn and AIDS-ridden Kenya, who are looking to him with pleading eyes and hoping that his America indeed believes in change.”

It was Lapid’s view back then that the Israeli issue “is simply not urgent for him.” Is a visit so early in Obama’s second term enough to change his mind, or is the star of Obama’s big Israel trip somewhat lacking in enthusiasm for the big day?