4 Jewish Things in the SOTU 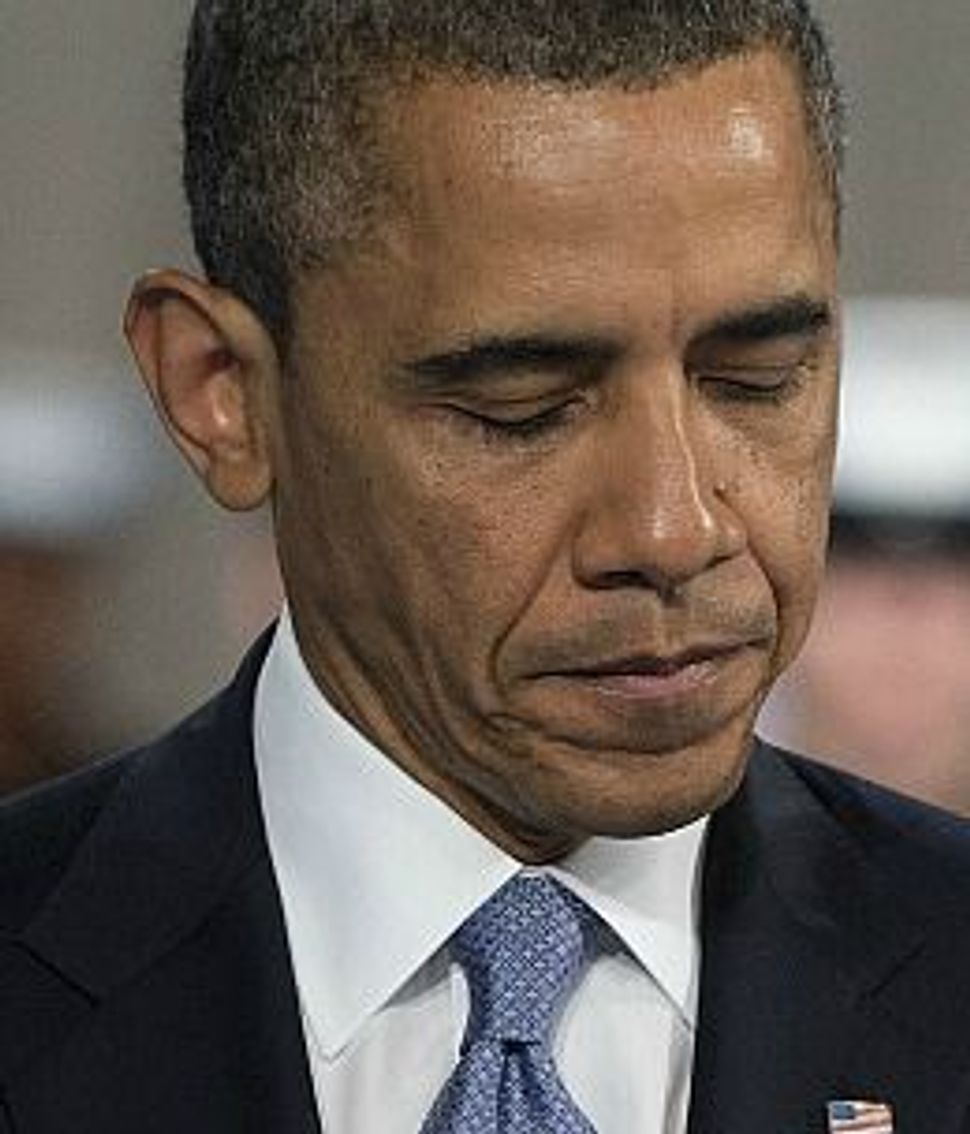 It will be President Obama’s first State of the Union address in his second term and White House leakers are already promising an aggressive speech, designed to push Republicans ahead of the upcoming battle over budget sequestration cuts. It will also be a chance for Obama to outline a vision for his second term and to introduce two key issues which were largely ignored for four years: immigration reform and gun control.

Here are some of the Jewish issues you might want to look for in Tuesday night’s speech:

Guests: When camera’s cut to the balcony, take a good look at the invited guests and chances are you’ll see some Jewish faces. Each member is allowed to invite one guest to the speech and the First Lady traditionally invites several more. The idea is to bring to the event people whose life story demonstrates some of the themes in the President’s speech. This year, gun control is one of the key issues and among the guest will be many involved in the battle.

Democrats have invited families of Sandy Hook survivors and first-responders, as well as other key figures in the fight against gun violence. Republicans will have at least one pro-gun guest: musician and NRA member Ted Nugent. Former congresswoman Gabrielle Giffords, who has recently emerged as the leading voice for gun control legislation, will be sitting in the gallery alongside her husband Mark Kelly. This week, Giffords released the first video ad for her gun control super-PAC. “Take it from me. Congress must act. Let’s get it done,” she said, facing the camera.

Other Jewish gun violence victims will also be in attendance. Senator Dianne Feinstein of California, a leading voice in the gun control debate, invited Joshua Stepakoff, who in 1999, was shot in the attack on the North Valley Jewish Community Center. Stepakoff, who was six at the time, was attending a summer camp at the JCC. He is now a student at California State University Northridge.

New Jersey’s Senator Frank Lautenberg invited as his guest Matt Gross, who was wounded during the 1997 shooting attack on the Empire State Building observation deck. Gross was 27 at the time, a lead musician in a rock band. He suffered severe head wounds and has since been struggling with his brain injury.

Israel: It was supposed to be one of the speech’s big surprises. According to the New York Times, Obama planned to first announce his plan to visit Israel next month in the State of the Union, but then came the Israeli press and messed up his plan with an early leak, apparently triggered by the presence of an advance team on the ground in Jerusalem.

Still, there is a lot to look for. Obama can choose between simply stating his plans to visit and discuss ways to renew the peace process, or he could choose to outline some of the ideas he’ll discuss, including the basis for future negotiations and a set of confidence building measures all sides can make (Israeli troop withdrawal and prisoner release, Palestinian commitment not to take their case to the International Criminal Court, an American pledge to release aid money for Palestinians.)

Iran: In his 2012 State of the Union, President Obama made the “all options are on the table” statement regarding Iran, a line frequently used to make clear to the Iranians, the world, and to Israel, that if all other options are exhausted, Obama is willing to order military action to stop Iran from becoming nuclear. A year later, Obama could choose to use the speech for fleshing out a proposal to Iran, one that would show America is willing to seriously engage diplomatically with Iran, while also reminding Tehran that “all options are still on the table” if the gesture is not met with seriousness on their behalf.

Hagel: Obama will take the podium only several hours after the Senate Armed Services Committee votes on the nomination of Chuck Hagel for defense secretary and days before the nomination is brought to the floor. Cabinet level appointments aren’t usually the stuff State of the Union speeches are made of, but given the tough battle over Hagel, Obama could choose to give him a nod.

4 Jewish Things in the SOTU