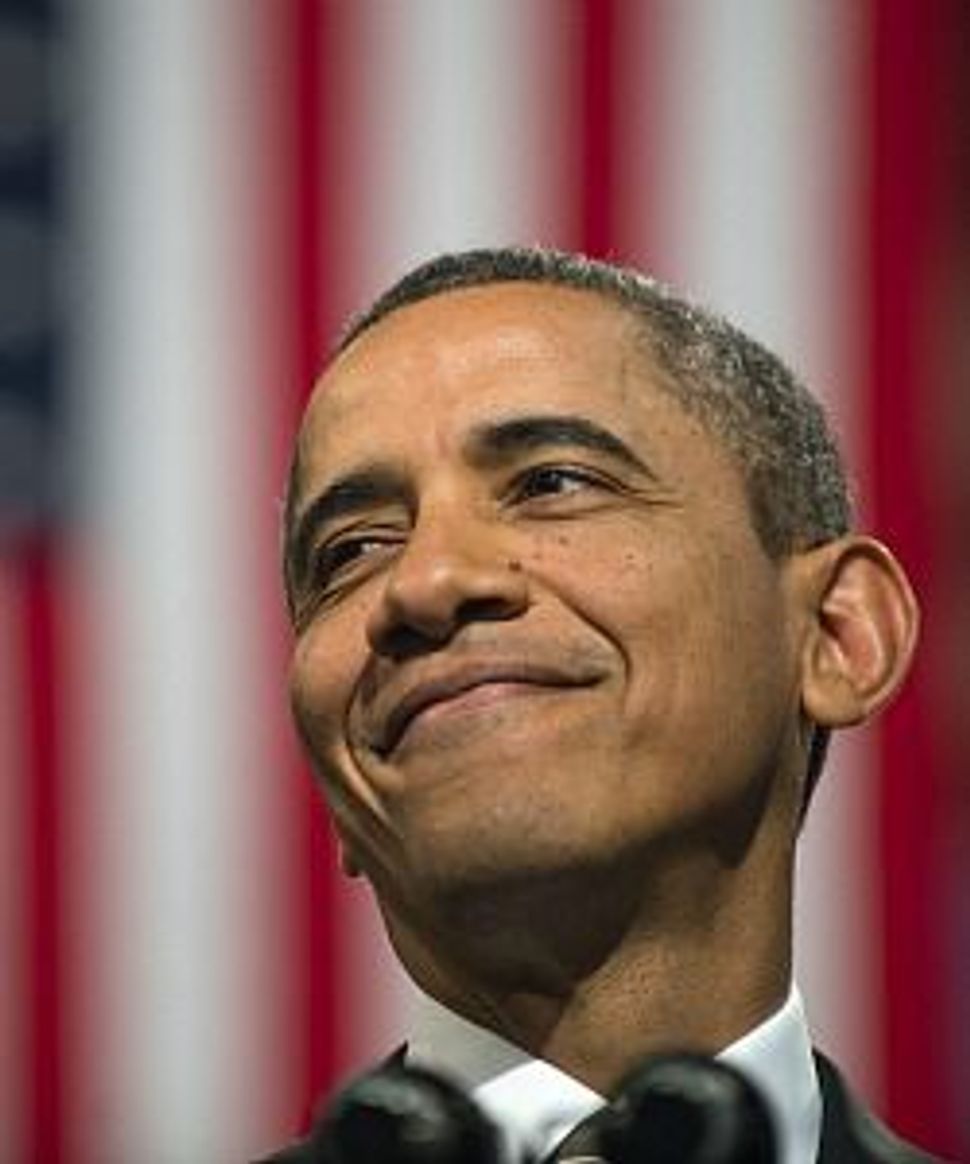 In marketing, they say that branding is everything. And apparently there isn’t anything these days that can’t be branded — including a presidential trip to Israel.

Believe it or not, President Barack Obama’s upcoming trip to Israel already has a name, and an official logo to go with it is in the works. “Unshakeable Alliance” (*brit amim *, or alliance of nations, in Hebrew) is not just some security operation’s code name. It’s the Israeli government’s first-ever attempt at all-out branding of a visit by a foreign head of state.

With Obama’s past comments about the United States’ “unshakeable commitment to Israel,” and former Secretary of State Hillary Clinton’s remarks about an “unshakeable bond” between the two countries, it wasn’t that much of a stretch to come up with “Unshakeable Alliance.” However, deciding on the official logo seems to be a bit more complicated.

In a savvy public relations move, Prime Minister Benjamin Netanyahu’s government is calling on Israelis active on Facebook to vote for their favorite of three logos commissioned from different graphic artists by the PMO’s National Information Directorate.

“With the logos we want to show that the visit is something very important to us and that we’re taking it very seriously,” Yarden Vatikai, director of the Directorate, told The Times of Israel. “The president of the United States is coming — this is a major event and we want to present Israel as a host that honors its guest.”

With several thousand people having weighed in by early Tuesday morning Israel time, the third option is leading with more than 2,500 votes (or, rather “likes”).

UPDATE: Logo No. 3 wins with two-thirds of the ‘likes’

This doesn’t surprise Israeli graphic designer Chen Dagoni. “I think that the icon in the third one is the best. It’s simple but special. It’s minimalist and yet looks innovative and sophisticated. I think it combines Israel and the USA in a very correct way,” she told The Forward. “The first one is too official and simple in my opinion, and the second one looks too ‘sketchy’ and a bit childish.”

Liat Jacobson, a New York-based former graphic designer, agrees. “I like the third one. It has clean lines, and brings out the message of the unbreakable alliance. I like that the flag of each independent nation keeps its own integrity while connecting with the other. The others are too much of a mish-mash and are too busy for my taste,” she explained.

“It has a flow, optimism, something honest, simple, innocent, naive, light and easy,” added Maya Wine.

Of course, some differ and think either the first (with 413 votes so far) and the second (with 630 votes) is the better choice. Jay M. Eidelman, who runs the Florida-based electronic marketing firms New Prospect Consulting and its sister company Sping.co, and who spends a lot of time looking at logos and banners, likes the second logo. “It is the most visually compelling. The typography is bold and clear. The stylized melding of the Star of David and the American flag has the best design of the three,” he said.

Dagoni noted that the typography in her preferred third logo is its weak link. Eidelman agrees. “By using all italics, it conveys the exact opposite of its intended message. All italics are like quotation marks around the word unbreakable. It makes you question the sincerity of the statement – just a big visual no–no.”

Clearly, Israel’s government is not looking to excite only graphic designers about Obama’s visit. Israelis are not known for keeping their opinions to themselves, so the PMO is banking on Israelis doing what comes naturally to generate the desired buzz.

The President doesn’t arrive until March 20, but the voting on Facebook ends on Tuesday at 6 p.m. Israel time, which is 11 am on the East Coast.