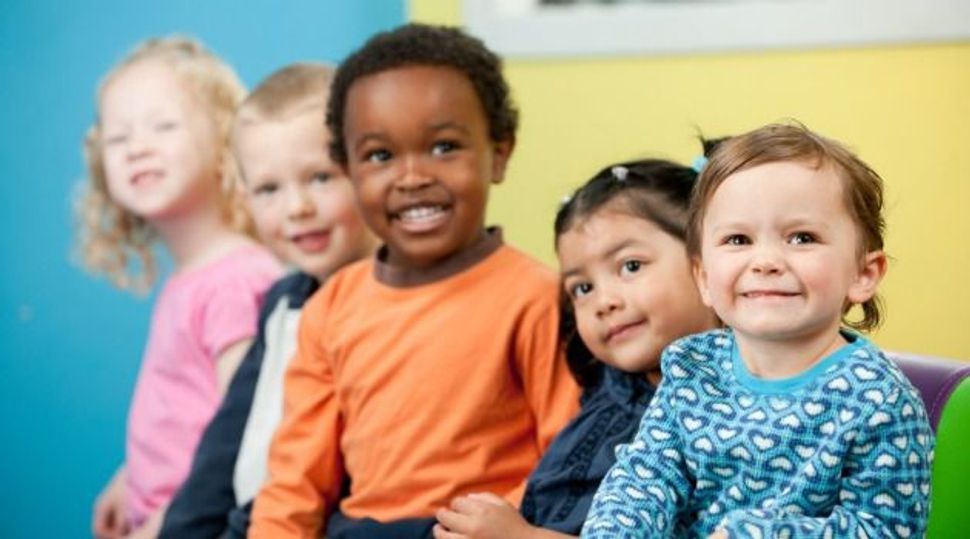 When President Obama extolled the virtues of early childhood education in his recent State of the Union address, he voiced sentiments that any parent with a child in preschool would echo: how important it is to expose children to active learning, positive reinforcement and socialization at a young age. “But today,” the president said, “fewer than three in 10 4-year-olds are enrolled in a high-quality preschool program. Most middle-class parents can’t afford a few hundred bucks a week for private preschool. And for poor kids who need help the most, the lack of access to preschool education can shadow them for the rest of their lives.”

The president is to be applauded for raising this issue on what is arguably his biggest bully pulpit of the year, and then following up with visits to states where a commitment to public education before kindergarten is already showing results. As Gail Collins pointed out in a brilliant New York Times column, this is hardly a novel idea. In fact, a bipartisan Congress passed legislation back in 1971 guaranteeing every American child a quality preschool education, with tuition depending on the family’s ability to pay.

Then Richard Nixon vetoed it. Not the worst thing he did as president, of course, but high on the list.

Now, 42 years later, the congressional resistance to guaranteeing the poor and middle class anything that only the rich can afford is more intractable, even though research points to clear advantages in creating an education system that begins at an early age. While the nation debates how to fulfill Obama’s audacious but achievable goal of enrolling every 4-year-old in school, there is a parallel challenge within the Jewish community: How to make Jewish early childhood education excellent and affordable?

This, too, is not a novel idea. Quality Jewish preschool not only can build a healthy foundation for lifelong Jewish learning, it helps bring young Jewish families into the fold, creating friendships and shared experiences that, in turn, create community. If every 4-year-old in America should be guaranteed a quality education, why can’t every Jewish 4-year-old be guaranteed a quality Jewish education?

But have you seen how much it costs? That’s actually not an easy question to answer. The Forward called more than a dozen Jewish preschools in New York City, inquiring about annual tuition costs, and barely received a civil reply, perhaps because the numbers might strike ordinary parents as fantastical. We were able to find out that a couple of schools charge around $15,000 a year just for a three-and-a-half hour morning class. A full day can cost as much as $22,000 — and that doesn’t include extra charges for lunch, security guards and yoga. (Got to have yoga.)

A spot check of schools in Philadelphia, Chicago and Los Angeles found that tuition ranged from $8,000 to nearly $14,000, not including summer classes. Sometimes schools housed in synagogues include membership in those fees; othertimes, membership is required.

With this kind of daunting price tag, it’s no wonder that many parents opt for less expensive, secular alternatives. A recent survey in the San Francisco Bay area showed that only about one-third of the Jewish children in that community attend a Jewish preschool.

The population study conducted by UJA-Federation of New York and released earlier this year found only slightly higher numbers: Of children through age 4 in the eight-county New York metropolitan area, about 38% are in Jewish preschool or day care. And that percentage is skewed by the large Orthodox population in this area, most of whom opt for the Jewish alternative.

If cost is an issue, there are, fortunately, creative initiatives to address this problem. In Chicago, the Jewish United Fund has established a gift voucher — which it says is the first of its kind in the nation — that will offset the cost of Jewish preschool or day care for the first child in the family. The tuition reimbursement is not based on need; rather, it depends on how many days a child is in school. Two days a week, the voucher amounts to $500. Five days a week, $2,000. There are options in between, a clever way to cater to a family’s choice.

Another model seeks to incentivize families to think of preschool as a stepping stone to day school. The San Diego Jewish Academy has a tuition loyalty plan that promises a 25% tuition discount in day school for every year a child attends its preschool.

Besides affordability, the other goal here is excellence. Mounds of research point to how essential strong teaching is to the success of the early education experience. To that end, it’s a welcome sign that the Jewish Theological Seminary and the Hebrew Union College-Jewish Institute of Religion — a Conservative and Reform seminary, respectively — are teaming up to offer a post-graduate course of study designed to enhance teacher quality.

All these efforts can only succeed with parental support, and that seems to differ widely among the denominations. As the New York federation population survey found: “More than 9 in 10 Orthodox families have sent their children to a Jewish preschool, as compared with nearly three-quarters of Conservative families, half of Reform families, and a quarter of nondenominational families. The in-married are almost four times as likely as the intermarried to send their children to Jewish preschools.” Are the Orthodox schools less expensive? How can the non-Orthodox schools become more attractive?

Affordable, high-quality early childhood Jewish education brings enormous long-term value to our families and our community. Just as universal education for 4-year-olds is now a national goal, so should its counterpart be a communal goal. But it will be up to all the stakeholders — funders, educators and parents alike — to make it happen.