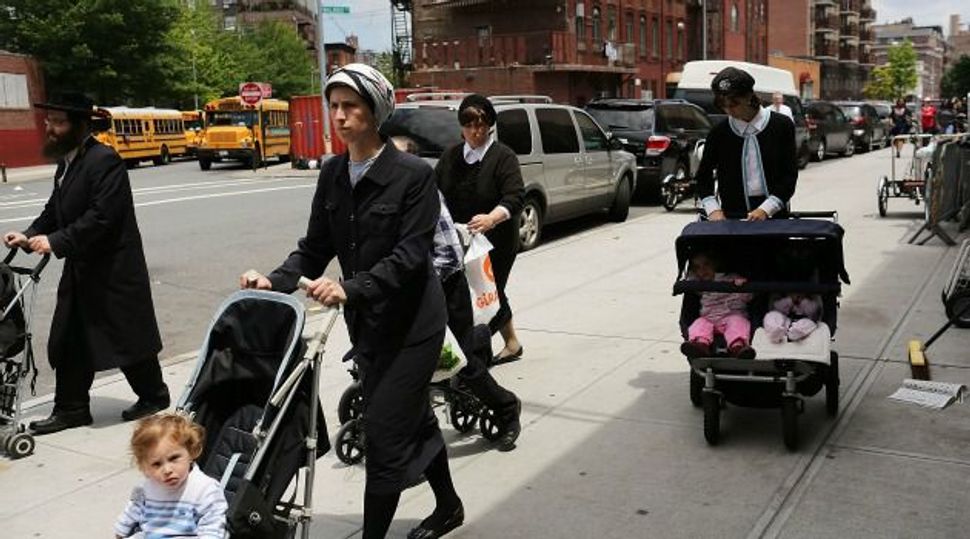 On Monday on the Forward, Judy Brown shared her perspective on motherhood, based on her experience in the Hasidic community that she left. Now, I’d like to share my perspective on motherhood from within the Hasidic community of Boro Park. Having children was always important to me and I chose to remain steadfast to Haredi ideology while pursuing a law degree and then maintaining a law practice without compromising my role as a yidishe momme to my children.

I was engaged at 18 years of age and married at 19. During the first year of my marriage, I shared the barren fate of our matriarch Rachel and beseeched G-D for children, only to be disappointed month after month. During the second year of my marriage, I suffered a miscarriage, like Judy Brown did, and learned that it may not have been my first. I cried over my loss, and yearned to carry a full term pregnancy, which seemed so effortless for my friends and neighbors in Boro Park.

After the miscarriage, I was recommended to a high-risk OB/GYN who helped me. I was thereafter blessed with three sons and, while I juggled college and law school, gave birth to my three daughters. Being a mother remained my primary occupation; my vocation was secondary. While I yearned for more children, I learned to be grateful for the six precious gifts G-D gave me. 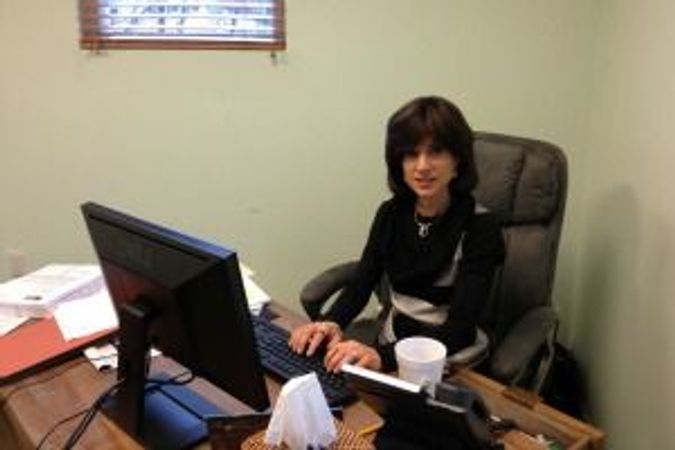 My favorite class at Brooklyn Law School was Constitutional Law. I was the only Hasidic woman in the class. One day, the professor was discussing Roe v. Wade and the case law that followed. He explained the judges’ reasoning for why a woman should have the right to terminate her pregnancy: Since the woman is onerously burdened with carrying the fetus, it should be her choice to have an abortion.

I squirmed in my seat and debated if I should share my disagreement with the Supreme Court’s reasoning. Slowly my hand went up. Timidly at first, and then with a bit more resolve, I explained that having children is a blessing and each day that I gave birth was the most memorable day of my life. The joy of motherhood cannot be properly described in a law school casebook.

My comments created a stir and it was only when the professor asked for the opinion of a fellow student, a young Italian woman who was pregnant, that the class quieted down. She agreed with me, that this was a very special time for her. It seems that women universally share an innate maternal instinct and a desire for children.

I vividly remember my law school classmates angrily accusing me of not understanding the women who resent their pregnancies. They argued that I come from a warm, loving Hasidic family where children are yearned for and valued, and therefore I am incapable of relating to those less fortunate and those who opt not to have children. I regret if I appear insensitive to others when expressing my pride in being a yidishe momme to my children.

There are times when religious women find pregnancy challenging. There are times when religious women may feel overwhelmed with another pregnancy, as Judy Brown describes — we are human. But those periods pass and when we cradle our newborn babies, we feel blessed and caress our treasured ones with love. The kimperturin heim or the convalescent homes set up for newborn mothers and their infants in our communities are a testament to the value we place on motherhood. There, a mother rests and is treated royally and tended to until she regains her strength, while her friends and family babysit the other children.

This month we celebrate Passover, the Exodus from Egypt. The Talmud teaches that the Jews were redeemed from Egypt because of the merit of righteous Jewish women. The Messiah, the final redemption will also happen because of the merit of Jewish women. My mind wanders back to my years in high school, when my teachers explained that under the harsh forced labor conditions in Egypt, Jewish women kept their faith and with optimism and charm, coaxed their husbands to continue having children.

There is something so compelling about the maternal instinct of Jewish women and our role as mothers – King Solomon extols the eishes chayil, the woman of valor, and songwriters and singers of the 20th Century poignantly wrote and sang various versions of A Yidishe Momme which still brings tears to my grandmother’s eyes. It is no coincidence that the identity of a Jew is determined maternally. The survival of the Jewish people throughout history, from our Egyptian bondage to the Holocaust, is credited to the strength of the Jewish women. Under the most brutal conditions, Jewish women continued yearning for and bearing children — and sacrificing for them. This is our legacy.

Does the value that religious Jews place on family and children pressure us to conceive or does it fulfill us? Living in the Hasidic community of Boro Park and being blessed with children and grandchildren is what makes my life complete, not the amount of deals I close or the trials I win. American culture and its value system may place secular women under pressure to attend college and have a successful career. I have encountered many such professional women who have become highly successful and regret never having found the time to raise a family. I am grateful to my mother for her selflessness and for being my role model — my yidishe momme. While practicing law is my profession, it does not define me; it is what I do. Being a mother and grandmother is who I am — raising my family and watching it grow is what makes my life worth living.

Ruchie (Rachel) Freier, Esq. is a practicing Charedi attorney, admitted in New York, New Jersey and the District of Columbia, with offices in Brooklyn and Monroe. In 2008 she founded B’Derech, the organization advocating for Chassidic youth. She is the Director of Ezras Nashim, a newly formed all female volunteer EMT corps, a member of the New York State Bar Association’s Committee on Children & the Law and New York City Family Court Attorney Volunteer Program. She can be reached at [email protected]