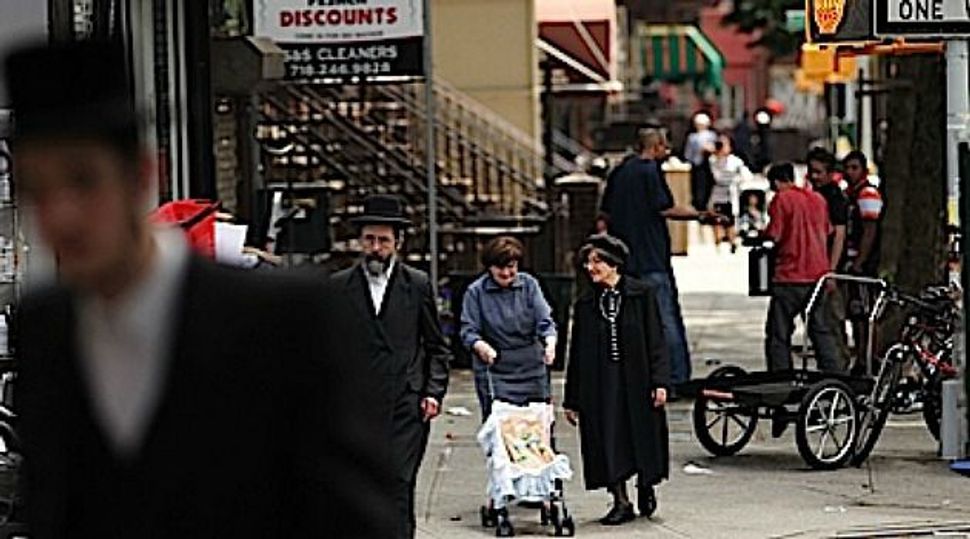 Probably no more than the top 10 percent of Brooklyn’s Orthodox Jews will ever shop at Pomegranate, the luxury kosher supermarket recently featured by The New York Times columnist David Brooks in a column titled “The Orthodox Surge.”

Brooks chose the upscale kosher version of Whole Foods as the fulcrum of an admiring piece on Orthodox Jewish life in America, writing of the Orthodox “sense of collective purpose” and the “external moral order” that governs Orthodox Jewish lives.

It’s nice of Brooks to give Orthodox Jews some positive press after so many scandals within our community and among other religious denominations. But his praise is misguided at best and agenda-driven at worst. Personally, I wish social critics would look elsewhere for their ideological ammunition and leave us alone.

Brooklyn now has enough upper-middle-class Orthodox Jews that a gourmet mega-market like Pomegranate can be an overnight success. But as in general society, and maybe more so, the upper stratum is just cream floating on a sea of working-class and working-poor parents struggling to get through each week and blessing the Almighty for each day.

The average Orthodox Jew in Brooklyn cannot afford Pomegranate, and thousands each week rely on food pantries stocked by organizations like the Metropolitan Council on Jewish Poverty and Sephardic Bikur Holim. Approximately two-thirds of New York’s needy Jews live in Brooklyn. The average Orthodox family, including those living in the suburbs and on Manhattan’s swank West Side, lives on a tight budget, and that includes many of those 10-percenters. They struggle to keep up with household bills, yeshiva tuition for their numerous children, support for community needs and extravagances like any other American.

By extolling the “trendy” minority of Orthodox Jews, Brooks not only misrepresents who most of us are and where we are headed as a community. He also reinforces the peer pressure so many already feel to keep pursuing that brass ring rather than owning our material limitations and imbuing them with sanctity and purpose.

Behind Brooks’ column is the notion that if people are successful in their careers and fortunes – say, enough to afford fancy meats and artisanal kosher cheeses – then they must be worthy of admiration and emulation. Had Brooks asked Pomegranate’s owner, he might have heard about how he provides food every week to the community’s free kosher restaurant for those without cash to spare.

The well-heeled Orthodox have every right to spend where they like, and they probably donate more than most of their non-Orthodox and non-Jewish peers. And most of them are decent and devoted. But so are most Americans. Maybe we pray three times a day, put on tefillin (at least the men), and educate our children in the tradition and laws of our Jewish heritage. This, however, does not mean that general society is morally bankrupt.

Are secular Americans less worthy or less serious than their religious compatriots? Are all Orthodox Jews, or most adherents of any religious doctrine, more moral or trustworthy than others?

Many of my fellow Orthodox Jews are proud and flattered by Brooks’ praise, but what is he praising? It’s the equivalent of being interviewed on TV and told your tie looked perfect. What about the substance beyond a truly magnificent store and the standard-issue minivan? By playing the prosperity card to prove our moral superiority, Brooks actually undermines that claim.

The holiest Sabbath chulent stew I’ve ever tasted, more than 25 years ago, did not contain the requisite red meat but rather chicken parts. A struggling family that couldn’t even afford a couple pounds of flanken was nevertheless hosting college students for a meal. When shared with guests, these meager fixings express the genuine meaning of Shabbat hospitality and the Divine presence. And yet, Brooks judges Orthodoxy’s success by how those with the means choose to spend their disposable income.

The value of the Jewish way of life is in our ethics and not our prices. This is most readily evident among those with little money or power. We extol the observance of mitzvahs – religious commandments – with elegance, but not with extravagance.