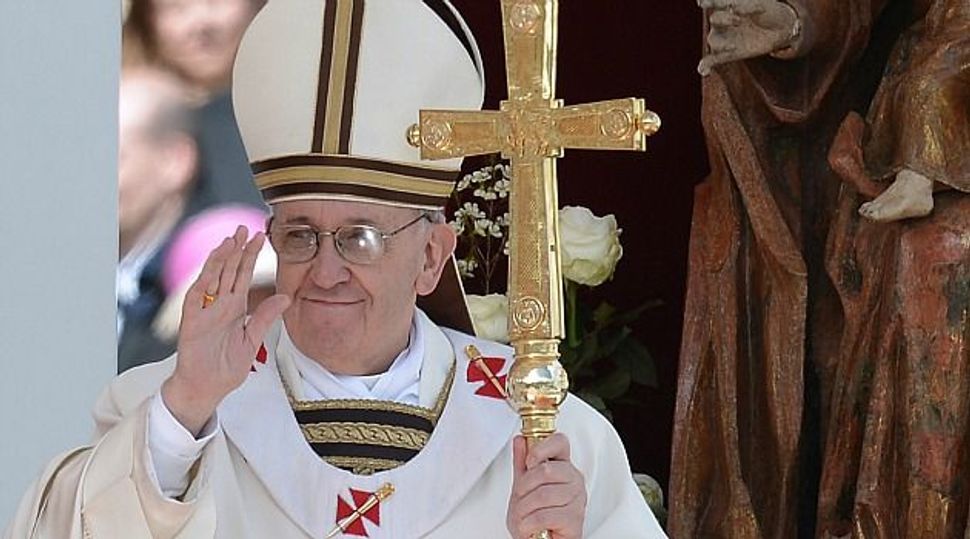 Confronted by what it considers the existential threat of communism, convinced that Christianity and nationalism are one and the same, and compelled by self-interest to place social order above political liberty: Welcome to the world of the Catholic Church in Argentina during the “dirty war.” But most French Catholics during the “dark years” of 1940–1944 would also have recognized their world and church in this description.

There is good reason to hope that Pope Francis will usher in a new era for an institution rocked by corruption and scandal. But there is equally good reason to reflect on his past as Jose Mario Bergoglio, who served as head of Argentina’s Jesuit order during the “dirty war.” A comparison between the two churches during these horrific chapters in their histories would be one way to start.

In 1976, Argentina was not defeated and occupied, as was France in 1940, by a foreign power. But both nations had been at war with themselves, their democratic institutions seemingly incapable of mastering the domestic threats posed by communist and reactionary forces. Upon the death of Juan Peron, Argentina slid toward chaos; upon the defeat of the Third Republic, France collapsed into absolute anarchy. Into the vacuums created by these crises, the military rushed. The generals in Argentina overthrew the government of Isabel Peron, while Marshal Philippe Pétain, the elderly “hero of Verdun,” buried the Republic and became leader of the “French State,” better known as Vichy.

The Catholic hierarchies in both countries applauded their new leaders. As Diana Quattrochi-Woisson, a specialist on Argentine politics, observes: “Far from criticizing the institutional rupture of 1976, the Church welcomed the military junta with relief.” Relief understates the reaction of the French prelates and priests — indeed, for the vast majority of the nation — to Pétain’s assumption of power. For these men, as terrified by the specter of communism as they were by the presence of Nazism, Pétain was, in the words of the right-wing ideologue Charles Maurras, “a divine surprise.”

It was, however, a very different kind of surprise for both Argentine and French Jews. One of the first orders of business for the Vichy regime was to transform French Jews into something less than French citizens. In October 1940, a salvo of anti-Semitic laws was launched, ranging from the purge of Jews from the liberal professions and universities to the “aryanization” — that is, the forced sale of all Jewish businesses to gentile buyers. Church leaders, blinded by the hope that Catholicism would, under Vichy, once again become the religion of the French, scarcely flinched at the laws.

As the historian Pierre Pierrard affirms, there was the “almost total silence of the Catholic hierarchy in the face of anti-Jewish legislation.” Indeed, on the occasions when the silence was broken, it was to cheer the laws. As the archbishop of Marseille declared, “Already we see the face of a more beautiful France, healed of her sores, which were often the work of foreigners.”

If the Argentine junta, led by Jorge Rafael Videla, did not introduce anti-Semitic laws, it was because it had turned Argentina into a lawless state. As the Commission of Solidarity With Relatives of the Disappeared has revealed, Jews were disproportionately targeted during the “dirty war.” According to the commission’s report, Argentine Jews “represented more than 12% of the victims of the military regime while constituting under 1% of Argentina’s population.”

Jacobo Timerman’s experience, recounted in his memoir, “Prisoner Without a Name, Cell Without a Number,” reminds us of the Nazi-inflected worldview of the Argentine military, convinced that Jews were at the heart of a Zionist-cum-communist menace aimed at their nation. There are 10,000 victims on the official list of “the disappeared” — the men and women tortured and murdered by the junta — nearly 1,300 of whom were Jewish.

It was only in mid-1942, when Vichy began to deport Jews to the death camps in the East, that the Catholic hierarchy finally flinched. Jules-Géraud Saliège, cardinal of Toulouse, and Pierre-Marie Théas, bishop of Montauban, denounced these actions. Citing a line in Isaiah, Théas declared: “I didn’t want to be a mute dog and I barked when I had to. It was my duty; my silence would have been a betrayal.” But the great majority of his peers did betray with their public silence.

There were several instances of resistance among the Argentine clergy, most famously two French nuns, Alice Domon and Léonie Duquet, who joined the Mothers of the Plaza de Mayo movement. For their pains, the nuns were abducted and murdered in 1977 by the military. And, of course, there were the two Jesuit priests from whom, according to some accounts, Bergoglio had withdrawn the protection of his order. (Kidnapped by the army, they were tortured, but survived their ordeal.) Another notable example is Enrique Angelelli, the activist bishop of La Rioja. Angelelli was killed by the army in 1976 after persisting in his efforts to discover the whereabouts of “disappeared” members of his parish.

Yet these men and women were the exceptions. The verdict of historian Michael Lowy on Bergoglio’s behavior — “He neither condemned nor criticized the dictatorship” — applies to the Argentine Church as a whole, just as it does to the French Catholic Church.

It was only when Pope John Paul II urged Catholics to confess to past errors that the French and Argentine churches confronted their histories. Their responses revealed subtle but dramatic differences. In 1997, in the Paris suburb of Drancy, home to the transit camp to Auschwitz, the church’s leaders publicly declared: “France’s bishops did not speak out, acquiescing through their silence to the flagrant violations of human rights and enabling this fatal spiral. Our silence was a mistake. We beg for the pardon of God, and we ask the Jewish people to hear this word of repentance.”

Compared with this frank (and frankly inspiring) document, the Argentine Church’s confession, made in a pastoral letter in 1996, staggers under the weight of bad faith. As if dictated by a team of defense attorneys — “Without admitting the responsibilities,” the letter begins, “that the church did not have in these occurrences” — the bishops first finger the “systematic violence” not of the junta, but instead of the Marxist revolutionaries. While acknowledging that “there were other groups which included many sons of the church that responded illegally to the guerillas,” the bishops denied all institutional responsibility for these crimes. Remarkably, not once does the word “disappeared” appear in their text.

But this instance of ethical constriction may now be changing into one of true contrition. In the echo chamber of the Internet, we keep bumping up against a certain number of items from Bergoglio’s biography. He took public transport, lived in a small apartment, made his own meals and had close relations with the Jewish community of Argentina; all of this is telling and important. We also keep hearing that Bergoglio led the Argentine Church in 2012 in a “collective apology” for its behavior during the “dirty war.”

My Internet searches for the text itself proved fruitless. But let us hope its wording equals the French confession, and let us recall that the French church also needed a half-century before its act of repentance.