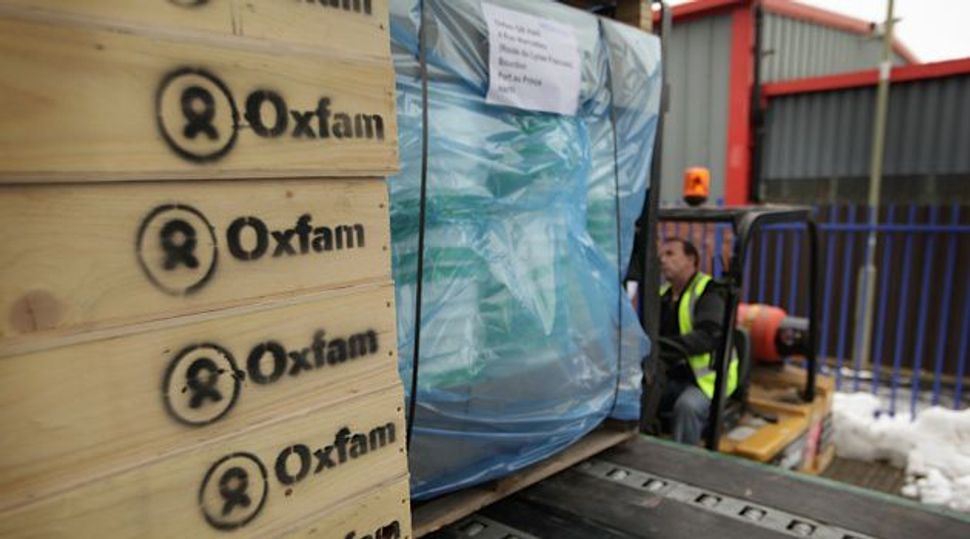 How We Give: Why are Jewish institutions that battle societal problems important to have inaddition to secular organizations? Image by Getty Images

A very senior professor from a very distinguished university sought me out recently, ostensibly to talk about international human rights. His specific interest, he said, was in the relative absence of Jews from the ongoing struggle to advance humanitarian concerns. But the issue that ended up taking most of our time was: Why Jewish? That is, if one wants to do battle with, say, hunger, why not contribute directly to Oxfam rather than bother to create a whole new institutional framework — such as, in this case, Mazon: A Jewish Response to Hunger. And so on down the long line of policy issues.

I offered several responses, none of which seemed to persuade my interlocutor. First, there’s the nature of American society — more specifically, of the voluntary sector. In America, that sector relies heavily on faith-based agencies and organizations. The Catholic Charitable Bureau of the Archdiocese of Boston, for example, disbursed more than $31 million for program services in 2012. The Evangelical Lutheran Church provided $681,000 to do battle with hunger. And so on. There are, to be sure, many secular organizations that engage in “good works,” but the voluntary sector would be substantially diminished were the faith-based organizations to bow out of the ongoing pursuit of justice.

Second, many of the faith-based organizations insist that charitable work is intrinsic to their world-view. They are not inclined to drop their own commitments, to fold them into a faceless universalism.

There we come to the heart of the matter. The curious professor evidently sees the world as a set of choices between particularism and universalism, and when the problem is framed in those terms, it is easy to “vote” for universalism. My father often raised the same issue, wondering why Jews should march in protest of the Vietnam War under a specifically Jewish banner. Why not join the polyglot horde?

The professor’s error, and my father’s, is the assumption that there’s a neat division between the particular and the universal, as contrasted with the position — my position, in fact — that life is most interesting when we acknowledge the tension between the two and choose to live with that tension intact.

Here’s a ready illustration of what I mean: We are familiar with the tension between im ein ani li, mi li — if I am not for myself, who will be for me — on the one hand, and im ani l’atzmi mah ani — if I am only for myself, what am I? Imagine that those two perceptions were not sequential but were meant to be heard simultaneously. Nor are we permitted to be disabled by the tension, for they are immediately followed by v’im lo achshav eimatay — if not now, when? We are bound to act, even if we are pulled in opposing directions, even if the choice is fuzzier than we’d like.

We are fallible. “Justice” is not self-defining, and those who in any particular situation come to different conclusions regarding where a commitment to justice points may be acting with the purest of motives. So it is; life is filled with tough and often ambiguous choices. Yet we must choose, our uncertainty intact. For: If not now, when?

What Judaism offers is respect for the tension. It provides no solution to the tension. It joins the particular and the universal, asks of us that we do our best at balancing their differing claims and move on. We are in search of a way to get beyond the bloodless and passionless universalism of the multinational corporation and the empty and vulgar universalism of the mass media on the one hand, and beyond modernity’s nemesis, on the other, the bloody and all-too passionate particularism of the ethnos, of the clan, of the nation. We are in search of a road that restores to our lives a sense of transcendent purpose, even as our chronic uncertainty remains intact.

Transcendence and uncertainty make awkward shipmates, but there it is, the real world with all its honey, with all its thorns.