Defining Marriage for the 21st Century 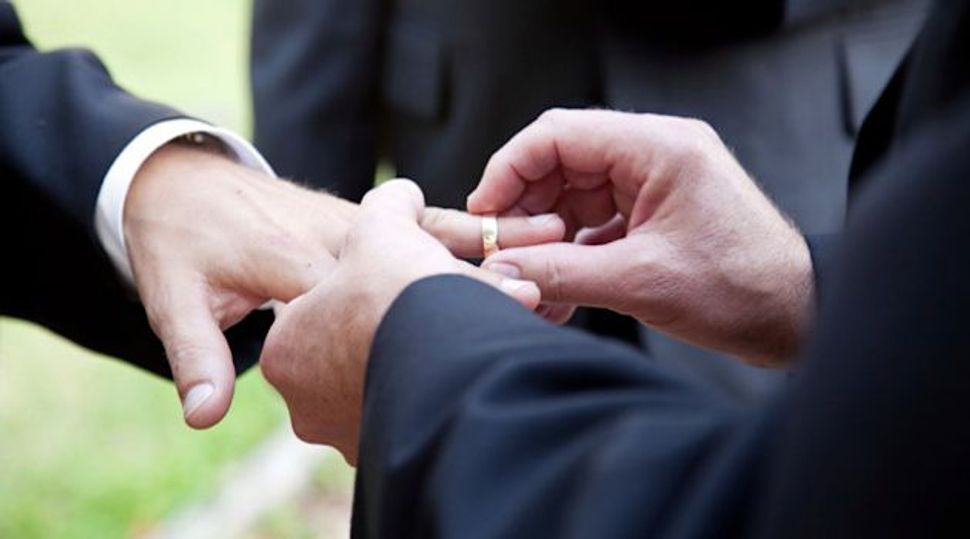 As the U.S. Supreme Court prepares to hear arguments in two cases about same-sex marriage, there’s been speculation about whether the experiences of the justices themselves will bear upon their momentous task of defining marriage in the 21st century. We certainly hope so. Those experiences should inform the deliberation, for they illustrate how society’s concept of marriage has evolved to become more realistic and more just.

Justice Clarence Thomas, for example, is a black man who married a white woman in a wedding that would have been illegal in his state only 20 years before it happened.

Virginia’s ban on miscegenation, dating back to the 17th century, was fueled by fear of its consequences — that is, generations of mixed-race children who would diminish the purity of the white race — and the belief that the highest purpose of marriage was procreation. (In this case, of course, a certain kind of procreation.) By marrying whom he did, Thomas helped consign that way of thinking to history’s dustbin.

Now the question before him and his eight colleagues is whether to further redefine marriage to include two men or two women. In this, Thomas faces a dilemma: The argument by opponents of same-sex marriage, made in briefs to the court, is rooted in the notion that marriage is meant for procreation and, since same-sex couples cannot naturally have children, such unions rob marriage of its essential purpose.

But Thomas’s 1987 marriage to Virginia Lamp Thomas has not produced any children; the couple are raising his son from a previous marriage and a great-nephew, with no offspring of their own. Is their marriage any less legitimate? We think not.

And what of Chief Justice John G. Roberts Jr., who married when he and his wife were both 41 years old, did not have children of their own, but adopted a boy and a girl four years later?

Or Justice Sonia Sotomayor, who has written that she married her high school sweetheart with no intention of having children? (They later divorced.)

These marriages are no less welcome because husband and wife decided not to or could not naturally procreate.

To the degree that the varied marital circumstances of the justices reflect America — a point made by marriage expert Andrew Cherlin in a recent Washington Post story — they illuminate the central flaw in the argument opposing marriage equality.

This is not a civil institution exclusively predicated on having and raising children, and hasn’t been for a long time. Scholars have noted that the high court has been building a more extensive zone of privacy around marriage, prioritizing its value to individuals over its communal interests, since the 1920s. The important 1965 Griswold decision legalizing contraception essentially recognized the right not to procreate.

It’s necessary to point out that this movement to separate marriage from procreation could go too far. The institution of marriage is a civic good because it acts as a social stabilizer, offering the best way we know to raise healthy children, promote personal happiness, and create the foundation for a functioning society. That is why Jewish culture, and most other religious traditions, place such a value on marriage.

But that is precisely why, in our opinion, all society benefits when more people, straight and gay, embrace it, creating loving relationships and, if they choose — through means biological or otherwise — loving families. Marriage is sometimes about children, always about something more.

So it is difficult to see how Justices Thomas, Roberts and Sotomayor can reflect on their own life choices and then insist that the desire and ability to procreate is essential to marriage. Sterile people are allowed to marry. The elderly are applauded when they tie the knot at a stage in life when bearing children is an impossibility.

By what right does the government have to deny two men or two women the chance at happiness and stability, whether or not their union includes children? The Post story quotes Thomas, in his autobiography, asking about his marriage to Virginia: “How could I let my own fears, or the bigotry of others, stand in the way?”

Let us hope he and his colleagues ask that question again when the monumental marriage equality cases come before their court.

Defining Marriage for the 21st Century