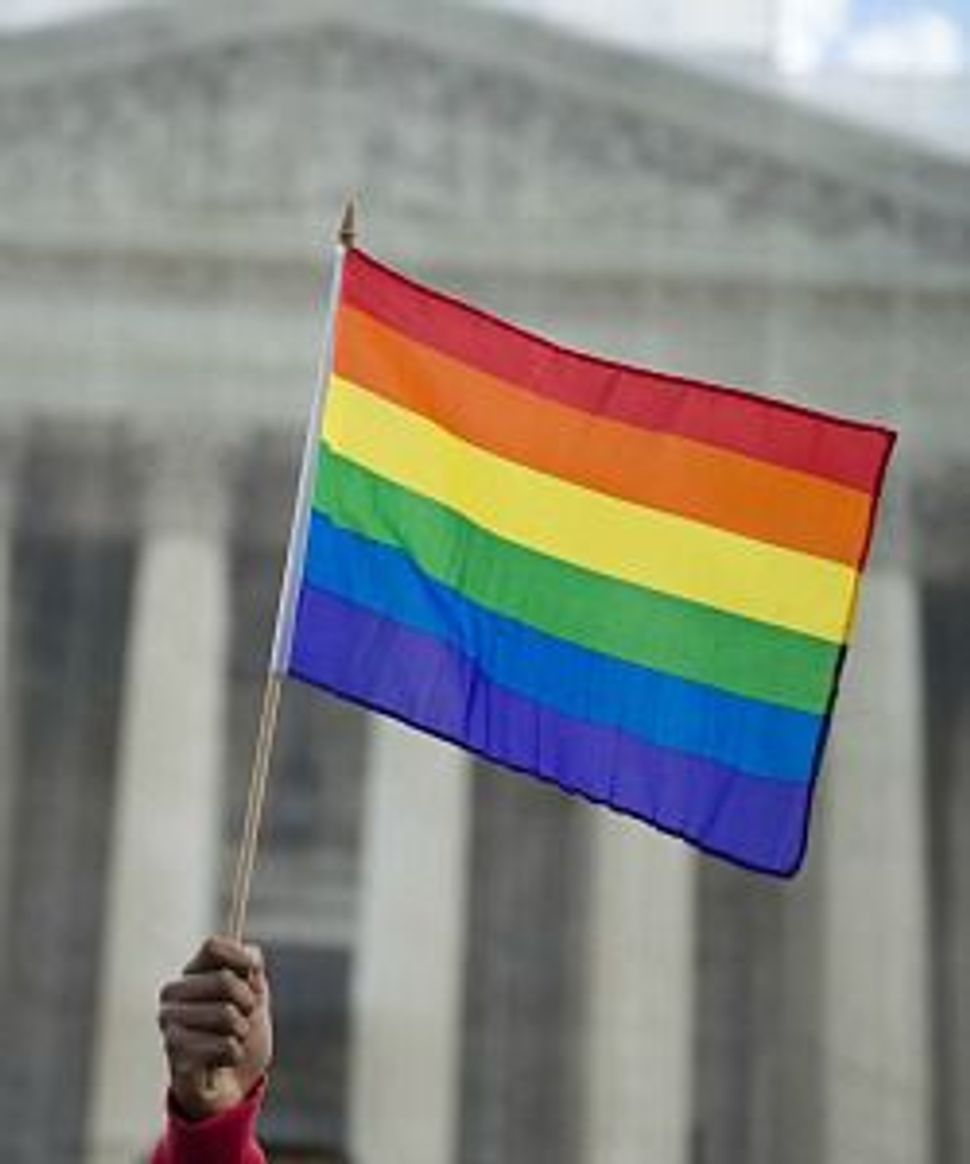 The arguments over Proposition 8 – the California ban on same-sex marriage – gave tantalizing hints about the thinking of Supreme Court justices hearing the case.

After a lawyer in support of the ban, Charles Cooper, argued that procreation and child-rearing were fundamental to a state’s interest in marriage, Justice Ruth Bader Ginsburg brought up a previous Supreme Court case in which justices ruled prison inmates have a right to marry even though they may be prevented from procreating, according to the BBC.

“There are lots of people who get married who can’t have children,” Justice Stephen Breyer reportedly told Cooper.

And Justice Anthony Kennedy, often seen as a swing vote, suggested children of same-sex couples would suffer an “immediate legal injury” under the ban.

Despite the intriguing clues, a Jewish leader of the marriage-equality movement cautioned against reading too much into the arguments.

“Today’s argument was lively as the justices grappled with the mix of substantive and procedural questions raised in this challenge to Prop 8.,” Evan Wolfson, founder and president of Freedom to Marry, told the Forward in an e-mail.

“Now they are going to dig into the mountain of briefs and evidence from a who’s who of America … all showing there is no good reason for denying committed same-sex couples the freedom to marry. It’s always tempting, and often misleading, to speculate about oral argument, but the truth is that it’s in the opinion-writing and circulating process that the justices reach their result,” said Wolfson, widely regarded as a pioneer in marriage rights in the U.S.

Many analysts said the justices appeared to be considering a narrow ruling in the case and avoiding a pronouncement about whether a fundamental right to gay marriage exists in the constitution.

Wolfson said regardless of the outcome in the top court, gay marriage advocates plan to push state by state to win the right by passing laws.

“Rather than sitting around guessing and waiting, the best thing we can do to maximize our chances of winning, and to put ourselves in the strongest possible place going forward no matter what they do, is to keep winning over more hearts and minds and win more states, starting with Illinois, Minnesota, Delaware, and Rhode Island in the next several weeks,” he said.

Roberta Kaplan, the attorney at law firm Paul, Weiss who is making pro bono arguments to challenge the constitutionality of Proposition 8, was unavailable for comment, a spokesperson for the firm said.

The debate on gay marriage continues Wednesday with arguments over whether the federal government can deny benefits to same-sex couples that it offers to heterosexual couples.