Warsaw on My Mind 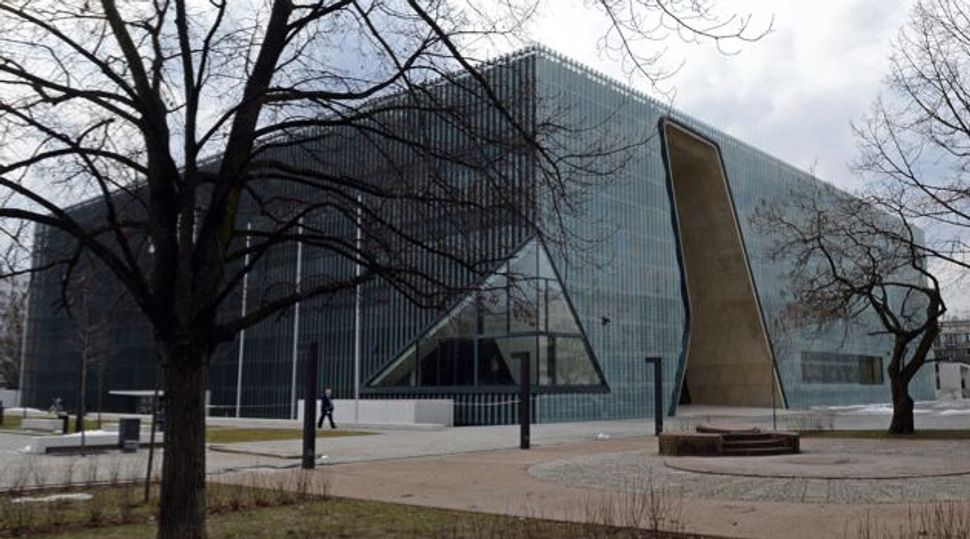 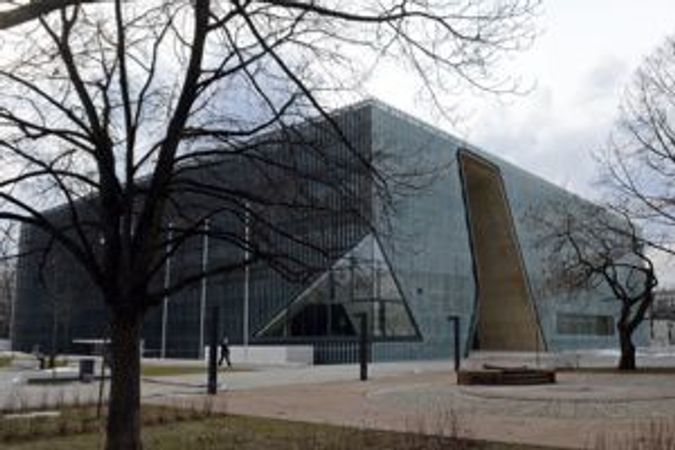 Today: Atop the former Warsaw Ghetto site sites the new Museum of Polish Jews, set to open this month. Image by Getty Images

In a city built on the scars of its destruction, I’ve come to Warsaw hobbled with old scars of my own.

As the daughter of Polish Jews, I never felt drawn to the country where they died. Until last month, when it became clear that I must make the trip to attend the 70th commemoration of the Ghetto uprising and touch the ground where my father may have toiled and died.

I’ve come with questions that can never be fully answered. Yet, I’m determined to understand why I needed to be here.

Would an architectural jewel, the Museum of the History of Polish Jews erected on the site of Europe’s once flourishing Jewish culture, allow me to make peace with my past? What lessons could be learned from this symbol of Jewish revival in a country where so many were murdered? Could this place have been my father’s grave?

His name was Chaim Zajdenberg and he gave his birthplace as Lublin in southeast Poland. As a young man, he moved to Paris, became a portrait photographer with a glamorous clientele of theater people and signed his pictures Studio Charles. My mother, Ruchla, was born in Warsaw at the turn of the last century. She emigrated in her late twenties and in France was called Rachel. Charles and Rachel met and married and I was born two years later. A curly haired sister was born when I was six, two days before the Nazis entered Paris. No longer the center of attention, I was devastated. 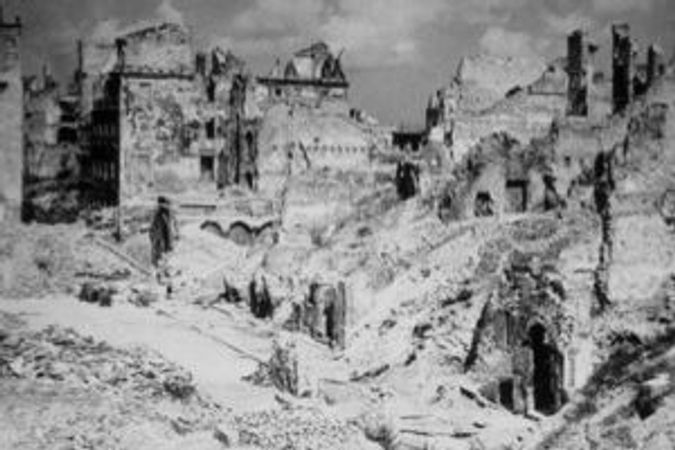 1945: The Nazis decimated the Warsaw Ghetto during the war. Prisoners at near by camps, like the author?s father, were sent to clean up the rubble. Image by Getty Images

Family life came to an end in 1942. My mother and sister were arrested in November by French police and sent to the French camp of Drancy, then on to Auschwitz. That winter, I later read, turned bitter cold, especially in the East. They were never heard from again.

Meanwhile my father knocked on the doors of some of his well connected French clients to get his wife and child located and freed. To no avail. In April 1943, after trundling through one or another hiding place in Paris, we were both arrested in a small hotel in the Latin Quarter. As a French citizen, I was let go in the care of a relative.

Around the same time, in Warsaw, the Ghetto uprising started but within two months it was crushed and the Nazis carpet bombed the whole Jewish district in North Warsaw. Afterwards, they brought in forced labor crews from the nearby concentration camps to clean up the rubble. According to Bernard Zajdenberg, a relative who worked on one of those crews, my father was sent to Warsaw where Bernard saw him collapse of exhaustion and shortly thereafter die from typhus.

Why should it matter whether or not his crumbled bones lie under the Museum’s imposing glass and cement structure since there is no way I can ever ascertain it?

When those we love and depend on for sustenance and protection disappear from our life, rage then despair slowly ebb away. In their place, a gnawing need to know. To know that their last breath still hangs in the air that we breathe. That, as the last generation to remember the sound of their steps, the warmth of a smile, we must experience time and again the discomforts of memory. Yet in parallel, an ode to joy, to kvell that their actions allowed us to live.

Indeed on that day in April 1943, when we were arrested, my father could have chosen to keep me by his side. Instead, under the stare of a guard, he hugged me with eyes closed. Then he gently pushed me away into the arms of a French relative: “Go Annette and have no fear, you were born under a lucky star.”

April 16 is my father’s birthday and ironically, I feel grateful that I never had to watch him die of old age. He will always remain in my mind as a young man…and a magician. Once, he took me into his dark room, dipped a blank sheet of paper in a clear liquid and slowly a face appeared. Something a 4-year old never forgets.

This weekend, I’ll walk a couple of reconstructed blocks from Nowolipki in the old ghetto to attend the official opening of the Museum of the History of Polish Jews, realizing at long last that they are indeed my ancestors. And that their resiliency must be part of my DNA.

Facing the killing fields of Poland in North Warsaw and kvelling over what this Museum will teach generations of visitors has energized my Jewishness. Even if I will never know for sure that Chaim Zajdenberg lies buried here.

Note: Annette Zajdenberg is the author’s birth name, she often writes under the name Claudia Carlin.

Warsaw on My Mind