Is Benjamin Netanyahu’s Coalition Itching for Fight With Palestinians? 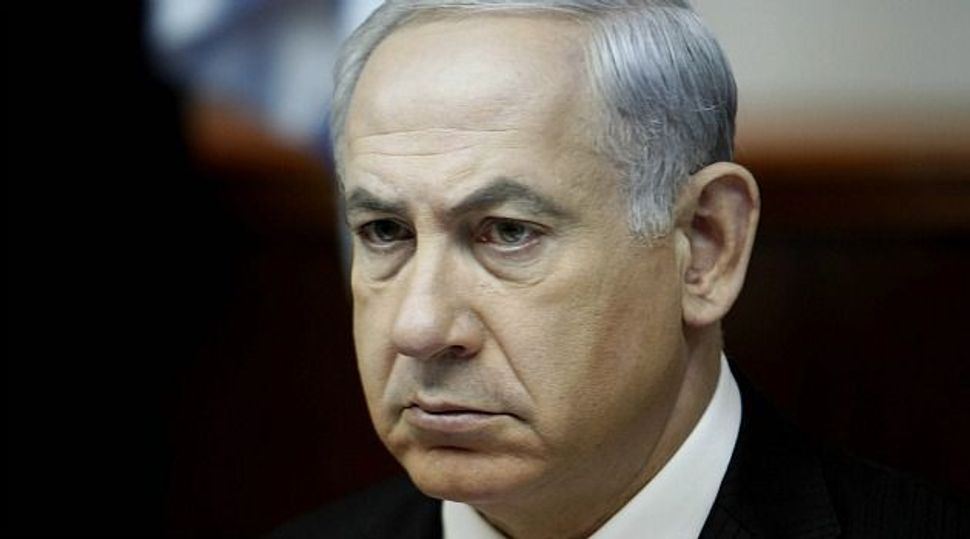 Misguided: Benjamin Netanyahu?s hardline policies have military brass worried. They fear Israel is only boosting hardliners among the Palestinians and undercutting their best possible partners for peace. Image by getty images

With Israel’s new government barely a month old, tentative signs are emerging of renewed tension between the country’s political leadership and its military establishment.

Several news reports, based on apparently targeted leaks from the military’s intelligence and strategic planning branches — and perhaps the Shin Bet security service — suggest that the army’s senior command is alarmed at hard-line policies the new government is adopting toward the Palestinians. The army fears the government’s policies will strengthen hard-liners on the Palestinian side and could lead to increased violence, both in Gaza and the West Bank.

The first indication of tension came in an April 5 news analysis by veteran military correspondent Alex Fishman in the respected Friday Supplement of Yediot Aharonot. Titled “On a Low Flame,” the article reported that rookie Defense Minister Moshe Yaalon was instituting a zero-tolerance policy toward rocket and mortar fire from Gaza. Two earlier rocket attacks, coming before his watch and punctuating a long cease-fire, had received only mild diplomatic and economic responses. Yaalon’s new policy began with a bombing raid April 2 in retaliation for mortar fire earlier that day. Since then at least six more rocket attacks have been launched.

Israel and Hamas signed an Egyptian-mediated cease-fire last November, ending the eight-day conflict code-named Operation Pillar of Defense. The Shin Bet, Fishman wrote, had expected that the fighting, and the assassination of Hamas military chief Ahmed Jabari that ignited it, would seriously weaken Hamas. But the organization quickly recovered, and showed its muscle by enforcing the cease-fire. Israel, chastened, allowed two rocket attacks, on February 26 and March 21, to pass without retaliation, allowing Hamas to impose order. On April 3, Shin Bet director Yoram Cohen and IDF Deputy Chief of Staff Gadi Eizenkot reported confidently to the security cabinet that they foresaw a quiet year ahead. But that was before Yaalon took command.

Fishman wrote that Hamas has been “working frantically” since Pillar of Defense to prevent rocket fire in order to bolster its tense relations with the Muslim Brotherhood government in Egypt, which has a peace treaty with Israel. The Brotherhood abhors Hamas’s flirtation with Shi’ite Iran. Within Hamas, therefore, the November cease-fire strengthened the hand of secretary-general Khaled Meshal, who favors a long-term truce with Israel to stabilize Hamas rule and improve its international image. All but one of the Gaza rocket attacks have been carried out by radical jihadist groups that oppose Hamas and reject any talk of truce.

Yaalon, however, doesn’t trust Hamas. He doesn’t believe rocket fire “is accidental or represents any ‘loss of control’ by Hamas,” Fishman wrote. “From his point of view Hamas — and the IDF and Israel as a whole — need to realize that a new broom has arrived” to sweep things clean.

Yaalon’s zero-tolerance policy, Fishman wrote, is a “gamble.” A bombing raid can be a deterrent, but it also “gives Hamas and the broader Arab world an excuse to pressure Egypt to ease its border controls and allow more weapons smuggling into Gaza.”

Coming from anyone else, all this might just be interesting speculation. But not from Fishman. His admirers, including yours truly, consider him a top analyst with extraordinary intelligence sources. His critics say he’s little more than a mouthpiece for Military Intelligence. Either way, his analysis of Yaalon’s new Gaza policy must be seen as a distress signal — or a shot across the bow — by the intelligence community.

A second blow came in an April 18 article (a truncated English version appeared April 19) by Palestinian affairs correspondent Elior Levy of Ynet, Yediot’s stand-alone website. Levy reported that “the defense establishment” had given the government a list of proposed “gestures” toward the Palestinian Authority with the aim of avoiding mass unrest on “Nakba Day,” the May 15 anniversary of Israel’s founding. The gestures are also meant to encourage renewal of peace talks without damaging Israeli security or violating current Israeli policy, such as settlement construction.

Levy wrote that the document had been given to the government shortly before President Obama’s March 20 Jerusalem visit. However, he wrote, given the statements by Israeli officials, following the April 8 visit by Secretary of State John Kerry, that Israel “does not intend to present any confidence building measures towards the Palestinians,” it’s “not clear” whether the gestures will find any traction.

Levy didn’t specify what part of the “defense establishment” had drafted the purported document. He told me in an email that the source who showed him the document insisted on complete anonymity. He made it clear, however, that it came from the military. Given the tone and language of the proposals, it appears likely that it came from the General Staff’s strategic planning branch.

Topping the list of gestures is the release of 30 to 40 elderly or ailing prisoners deemed incapable of endangering Israel. The army is said to hope this happens before May 15 in order to reduce popular unrest, which has been mounting following several prisoner deaths.

Other gestures would come in stages, in exchange for reciprocal diplomatic gestures from the Palestinians. Among the proposals: easing prison visiting rules; permitting construction of new Palestinian police stations; expanded planning and construction of housing and infrastructure in Palestinian villages, and permitting a new bypass highway around Ramallah.

But, again, all this appears fanciful as of today. Paradoxically, the army wants the Palestinian security forces to get better weapons so they can continue working with the army to fight terrorism. But they’re unlikely to get it, because the politicians consider the Palestinians hostile and untrustworthy. The politicians believe the radical decline in organized West Bank terrorism is entirely the work of the army, no matter what the army says.

Basically, they want them to shut up and shoot.

Is Benjamin Netanyahu’s Coalition Itching for Fight With Palestinians?