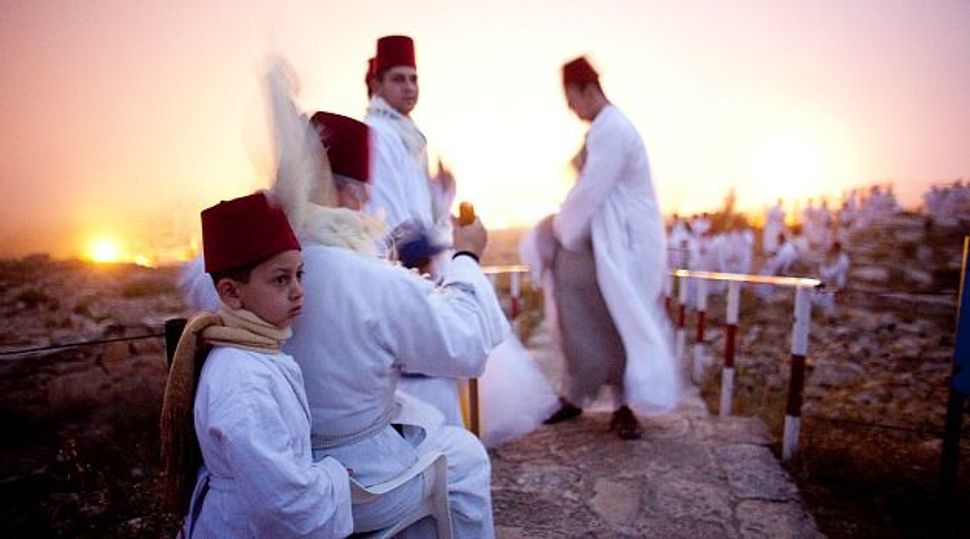 The festival of Shavuot marks God’s announcement of his commandments on Mount Sinai. Occurring seven weeks after Passover, the holiday involves no prescribed rituals and can pass virtuously with little ceremony.

Those who observe Shavuot often honor the occasion with all-night Torah classes. Because of its boundless significance, the Sinaitic revelation is commemorated by engaging wisdom and not by executing behaviors. Wisdom is vast and knows no bounds.

In the Jerusalem seminary where I mentor Modern Orthodox students studying abroad, Shavuot is a hard sell. To paraphrase Mark Twain, some of my students want to have read a Torah but few of them want to actually read one.

My FBing, IMing, Instagramming students are challenging to persuade. These young adults dialogue like they Tweet, and 140 characters does not a conversation make. Suggesting that such youth embrace a holiday of ideas would be like asking them to hug a thesaurus.

When I began teaching in 1998, dormitory floors were littered with magazines and books. Back when notebooks came with pens, students could be encouraged to read and write, could be challenged to communicate. Those students, like students always, were hardly mindful of their studies. But unlike the case of today’s 4Gers, it was possible to engage with the minds of those digital neophytes.

That was then. Today’s dormitory is cluttered with wires and suffused with wireless, its occupants sharing files more than ideas. My current students communicate, relate — think — in bizarre combinations of lethargy and haste, clicking from friend to virtual friend and from page to virtual page without pausing to consider the people or books in sight of them. A text-based curriculum that relies heavily on commitment hardly stands a chance.

According to Wired magazine, today’s freshmen are “the first generation born into a world that has never not known digital life.” These digital-from-births are controlled by technology in ways that shape how they relate to others.

Texting, their No. 1 form of communication, is both intimate and distant, “replacing a commitment to a conversation with a series of one-sided communiqués.” No wonder they have a hard time with the Talmud — my students cannot devote themselves to email.

Preferences for shortcuts and concision are not traits of a successful divinity student. The law of the Talmud is tricky, and students are expected to join in a boisterous dialectic to unravel its intent. Achieving transcendence through debate — conversing with God through the medium of His word — is as central to Orthodox Judaism as its precepts. Participation demands qualities not readily found online.

Living in a world created by their parents, digital natives are not to blame. If anyone is at fault, it is adults who fail to nurture those virtues necessary for inspired Orthodoxy — for meaningful, ongoing religious commitment born of an active engagement with God’s word. Damning the Internet is pointless, flawed. A generation of superficially religious youth subsists uninspired, and satirizing them does no good.

Which brings us to Shavuot.

Talmudic tradition maintains that the great voice of God on Sinai has never ceased — that it resonates, forever to be noticed. I would like to believe that in every generation, all can hear that sound, can identify its source, can appreciate its relevance. In truth, only some are moved by its echo; others strain for a chord, others may be not listening. For some there is only quiet.

Shavuot is about participation, not commemoration. About joining a community of listeners. About experiencing the resonance of His expression.

There can be no shortcuts to informed religious conduct. To pretend as much would be misleading. There can also be no substitute for earnest dialogue — with teachers, confidants and texts. Still, the challenge of amplifying that awesome sound to those who do not yet hear it depends on the sensitivity, creativity and patience of those who do. The same digitally distracted child can focus when the subject is of interest. The same digitally isolated soul can join a community when it matters to him most.

For my students to embrace Shavuot, they will have to be convinced it is worth their efforts. Demonstrating as much in 140 characters or fewer may be not possible, but making use of current mediums and references is. Because few of my students write in cursive, persuading them to evolve new ways of thinking will involve my adaptation, too.

A 3,325-year-old noise can be challenging to make out. But it can be #worththeeffort.