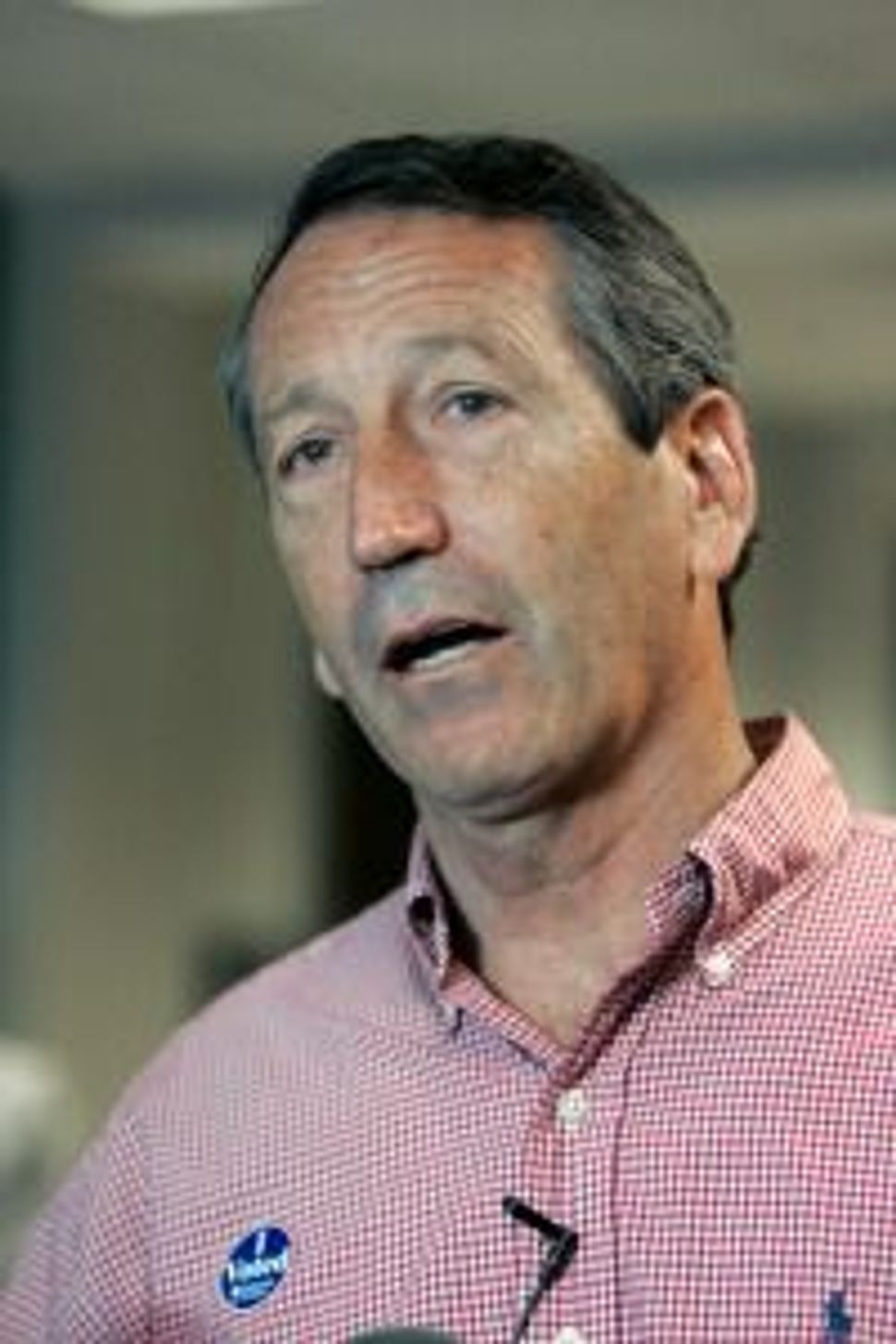 It’s sort of fun watching Democrats and liberals do headstands over the political redemption of Mark Sanford, the disgraced Republican ex-governor of South Carolina who was handily elected to the House of Representatives in a special election.

Here was a champion of conservative values who narrowly escaped impeachment just four years ago after disappearing from the capital for six days, lying about his whereabouts and then admitting he had been having an extra-marital affair on another continent. And yet the voters in South Carolina’s First District chose him over a sober, accomplished businesswoman with some celebrity cachet, simply because he was a Republican and she was a Democrat.

As Nate Silver wrote today in his New York Times blog, “Voters in South Carolina may not like sex scandals—but they appear to like Democrats even less.” How could the party of family values let ideology trump character?

On the other hand, it was less than three years ago that Democrats and liberals were in precisely the opposite tizzy. The question in January 2010 was how voters in Massachusetts could let personal qualities trump ideology when they chose state senator and onetime nude model Scott Brown over state attorney general Martha Coakley in the special election for Ted Kennedy’s U.S. Senate seat.

Of course, the cases aren’t entirely comparable. In one case the ideological favorite (Sanford) was a philandering hypocrite and liar, while in the other case the ideological favorite (Coakley) was simply boring. The common denominator, though, is situational ethics: our astonishingly widespread ability to proclaim our devotion to principle in loud, wide-eyed sincerity and then, when the principle becomes inconvenient, to reverse ourselves without blinking or looking back.

And then there are the rare cases where the about-face is open, above-board and sadly necessary. The best example I can think of is the 1991 Louisiana gubernatorial race between the scandal-plagued ex-governor Edwin Edwards and his surprise runoff opponent, former Klansman and neo-Nazi David Duke. The bumper stickers that year said it all: “Vote for the crook—it’s important.” And: “Vote for the lizard, not the wizard.”

Barring the extreme circumstance, though, there’s a case to be made for voting blind ideological or party loyalty. In the end, what are you voting for? Would you rather have a noble soul who’s going to do things you hate for honorable reasons, or a no-goodnik who’s going to create the sort of world you want to live in while making whoopee in his or her spare time?

And speaking of sex scandals:

A 2011 paper by Nicholas Chad Long of St. Edward’s University, which examined United States senators running for re-election from 1974 to 2008, estimated that scandals involving immoral behavior lowered the share of the vote going to the incumbent by 6.5 percentage points.

Since reducing the incumbent’s vote share necessarily increases the challenger’s vote share, that means the net effect on the margin between the candidates is twice that amount, or 13 percentage points – just as we estimated it might have been for Mr. Sanford.

Maybe he’s right. But there’s another way of looking at it: Arnold Schwarzenegger (R) got caught with a love child but served out his term and quit politics, minimal damage to his public profile. Ex-Senator and presidential contender John Edwards (D) got caught with a love child and ended up a laughing stock. Governor Eliot Spitzer (D) got caught entangled with a prostitute and was forced to resign. Louisiana Senator David Vitter (R) got caught frequenting a prostitution ring and emerged unscathed, even got reelected. John Ensign was caught in a spectacularly ugly affair (with his best friend’s wife) combined with hush money but refused to quit and served out his term.

The one thing that seems to tar Republicans beyond repair is gay sex – witness the flameouts of Mark Foley and Larry Craig. By contrast, former NJ governor Jim McGreevey (D) came out as gay, ended his political career but seems to have reemerged as something of a respected voice.

Anybody see a pattern here?