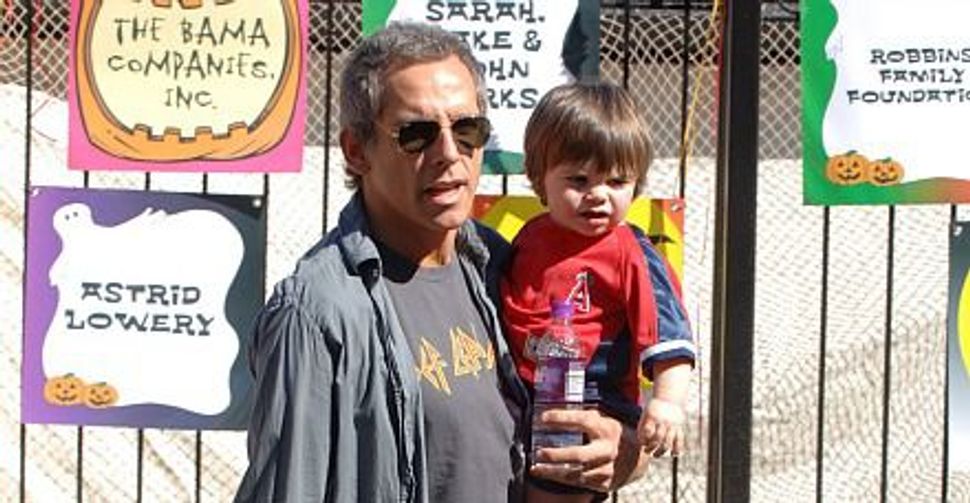 There’s something about the number six in Judaism. God created the world in six days. Six times three is 18 — meaning Chai, or “life” in Hebrew. And six is the number of words we’re asking you to write about your father or grandfather in advance of Father’s Day. What better Jewish tribute to the man who raised you?

That’s right, the Forward is partnering with Larry Smith, editor of SMITH Magazine, home of the Six-Word Memoir®, to launch our latest six-word challenge. Submit your six-word memoir on your father or grandfather below before May 29th. Larry and the Forward staff will pick our 12 favorites and publish them in the Forward for Father’s Day. Those people will receive a copy of the new book “Oy! Only Six? Why Not More? Six-Word Memoirs on Jewish Life,” published in collaboration with the Jewish cultural mavens at Reboot.

Need some help getting the wheels turning? Check out these examples from SMITH Magazine’s library of six-word memoirs. For more examples, check out smithmag.net/jewish

My father is a rabbi: therapy.
— David Wolkin

This survey is now closed. Six Words on the Jewish Father will be published online and in print soon.