Let’s Talk About Not Having Sex 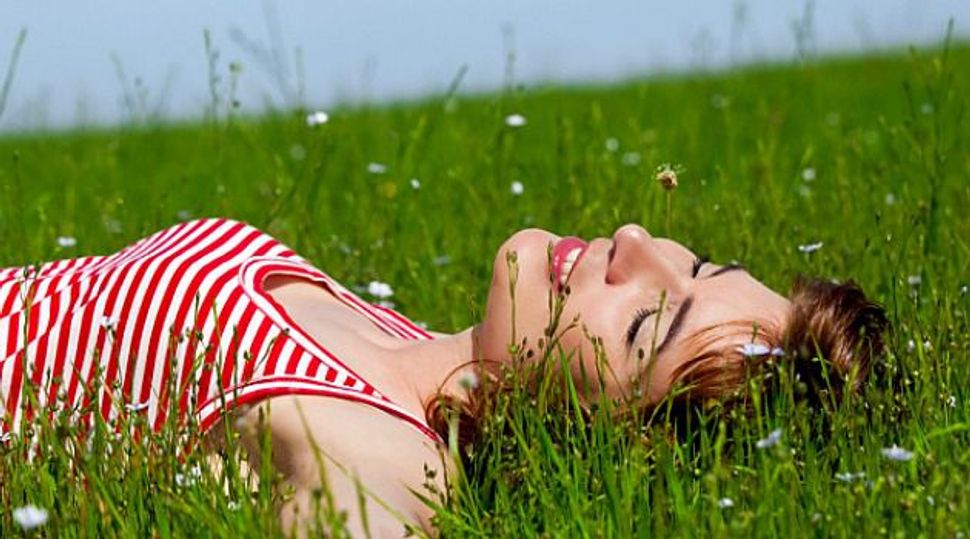 I believe in abstinence, at least personally, and I believe in Jewish law. So it makes sense to me that a Jewish organization that promotes both Jewish law and abstinence would create a website dedicated to teenagers and sex.

That organization, the National Conference of Synagogue Youth, is the Orthodox Union’s youth movement, and the website is negiah.org. It bills itself as “The First Abstinence Website for Jewish Teens.”

It’s an initiative that opens up the door to information and exploration, something often lacking in Orthodox culture. Instead of setting down the law and expecting young adults to willingly follow without question, NCSY decided to create a platform for discussion. The bona fides of the site’s advisors — two PhDs in psychology and a pediatrician — also seem unimpeachable.

But then there’s the actual content. It ranges, I’m sorry to say, from mildly condescending to downright misleading, with some redeeming statements sprinkled in. Those occasional encouraging sentences are not enough to make up for the rest of the site, though, which, in talking down to the very teenagers it means to target, almost entirely negates the positive ramifications of having an abstinence website in the first place.

In a world where women are striving to forge identities independent of the desires of men, telling a teenage girl that she should abstain because “when a man looks for a wife, he prefers a virgin” is insulting and sexist. That’s before we even approach the assumption that every Jewish girl today should be focused on an end goal of marriage.

To both male and female readers, the site paints an entirely black-and-white picture of sex that oversimplifies the matter and loses the reader. It often seems to assume a boy will only want to have sex with a girl to use her, or to “satisfy [his] own desires.”

Sex is just a desire. It will lead to regret. The site neglects to approach the times when the desire for sex is the hardest: when you are actually in a healthy relationship. When you love him and he loves you, and it’s not just about the physical desire for sex but the emotional bond that comes with it.

These are real situations, and they don’t just involve teenagers whose brains are underdeveloped and unable to think rationally. They involve adults who are truly struggling with the debate of whether to have sex, or engage in other sexual activity, and they don’t deserve to be told that having sex might mean, as the site implies, that he was date-raping you, or that being sexually active will possibly lead to suicide.

To its credit, the website does not entirely deny reality, nor try to pretend that telling teens to abstain means that they will then necessarily abstain. In Rabbi Tzvi Hersh Weinreb’s endorsement, he writes that the catalyst for the site’s conception was “the prevalence of sexual experimentation among Jewish teens.”

Yet in the same endorsement, Rabbi Weinreb says that the site offers “clear scientific descriptions of the health dangers involved.” While this might be the intention, it’s hard to believe when you come across condescending sentences on the site. One of the worst reads as follows: “We’re not even going to discuss how one can get Hepatitis in the mouth, as it’s particularly nasty. Just trust us: you can.”

On a website aimed at teenagers, to circumvent an honest discussion of oral sex in such a judgmental manner is more than a little off-putting.

The site simply attends to the issue of abstinence only in this negative way. Don’t have sex. You’ll get STDs or become pregnant or regret it forever and your soul will too. This is, unfortunately, a tired but popular Jewish approach to many laws. Instead of emphasizing the positives of the law, the website talks down to the readers with scary images and guilt-inducing statements. This is an attitude that needs to stop, and not just on this site.

It shuts down any chance for positive discussion, and it leads to an association with Jewish laws of guilt and negativity. That’s not a healthy way to approach anything, especially religion, and especially sex.

We need a forum for engaging with each other about abstinence. This site could be a good start. But it also commits some serious faux pas that undermines its positive intentions: turning Jewish teens away from Jewish organizations for guidance.

A truly useful website should be more than simply a list of articles about STDs or confessions from those who “made mistakes” but have since seen the light. It should be a platform for conversation. There should be comment sections and discussion forums. Yes, it has a link to a list of people teens can talk to, and that’s a good start, but it needs more.

Sex is a big decision, and telling kids not to have it is unhelpful if the kids aren’t treated like they are capable of thinking for themselves.

Simi Lichtman is the author of the Forward’s Just Married blog.

Let’s Talk About Not Having Sex