As Iran Prepares Another Sham Vote, Action Is More Important Than Ever 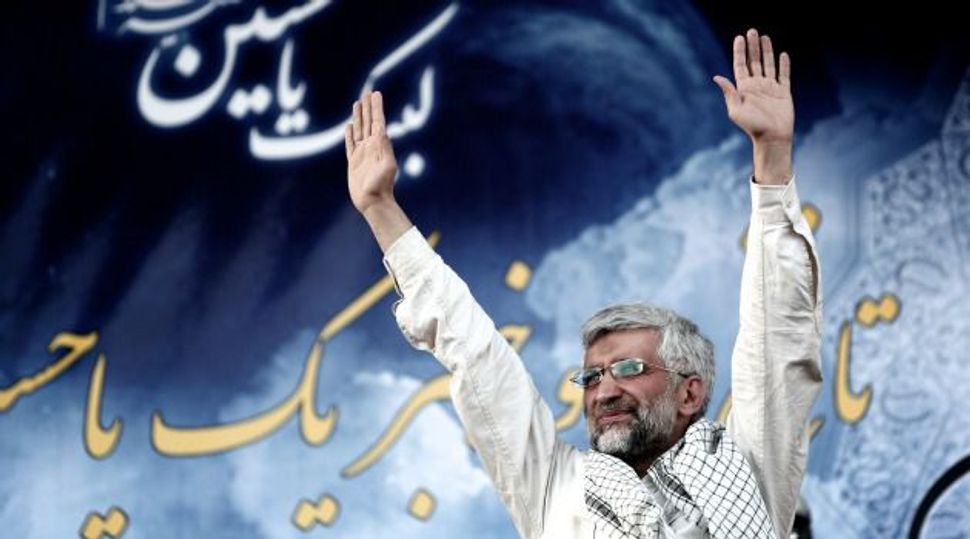 As Iran approaches another fraudulent presidential election on June 14, it is important to remember the 2009 protests in Iran over the results of the rigged election. The heart-wrenching picture of Neda Agha-Soltan, the young woman who was shot dead by regime thugs, was not an isolated event. Neda’s tragic death should serve as a call for us to take action, both for the sake of the people of Iran and the cause of peace.

According to the U.N. Special Rapporteur’s March 2013 report on human rights in Iran , “There continues to be widespread systemic and systematic violations of human rights in the Islamic Republic of Iran”.

The U.N. report expressed concern about “the widespread use of torture by Iranian authorities”, and provides evidence that rape and sexual abuse is used in Iranian prisons as a means of intimidation.

The sickening practice of public hangings from building cranes — 60 of them in 2012 — is another indicator of the brutal nature of the Iranian regime.

The British newspaper, The Guardian, recently reported that there are, “… 2,600 prisoners of conscience in the country, among them hundreds of activists, scores of students, dozens of women’s rights campaigners, lawyers, artists, former politicians and many members of the country’s religious and ethnic minorities”. The newspaper provides, “an online database that catalogues the extent of repression by the Iranian authorities”.

It is time to recognize that there is an inextricable connection between the human rights situation in Iran and the threat Iran already poses to world peace. A regime that murders its own children will not hesitate to murder those of other countries.

We see this in Iran’s support for terrorist organizations such as Hamas and Hezbollah. We see proof of this in Syria where Iran and Hezbollah are providing massive support to the regime of Bashar al-Assad in the brutal repression of the popular uprising that has cost the lives of more than 80,000 civilians.

As Iran continues its march toward nuclear weapons in defiance of four U.N. Security Council Resolutions, there is no doubt that a nuclear-armed Iran would feel emboldened to do even worse.

How is it possible that in the 21st century, Iran continues to defy all accepted norms of civilized behavior? The answer may surprise you.

Today, U.S companies and their foreign subsidiaries are prohibited from doing any business in Iran except for humanitarian reasons. Unfortunately, with the exception of Canada, the same cannot be said of America’s foreign friends and allies. Beyond the effective embargo of the European Union on Iranian oil, hundreds of major multinational companies, like Ericsson, LG, Lufthansa, Nissan and Mazda continue to do business in Iran.

The Torah teaches us, “Do not profit by the blood of your neighbor” (Leviticus 19:16). Multinational companies that provide corporate support for the Iranian regime- without concern for human rights- are making tremendous profits while the Iranian people continue to suffer at the hands of their own government and the slaughter in Syria continues unabated.

Even worse, many of these companies are making profits while directly enabling the Iranian regime to abuse of the human rights of the Iranian people.

According to the advocacy group, United Against Nuclear Iran (UANI), “… the regime relies on technology and equipment provided by Western and Asian firms. Whether it is telecommunications technology misused to restrict and monitor internet and cellphone communication, motorbikes ridden by the basij to terrorize civilians, or construction cranes used to hang dissidents, foreign firms providing such equipment must immediately end their Iran business or become willing partners in the regime’s ruthless human rights abuses”.

In addition, companies that conduct business as usual with Iran undermine the efforts of the international community to pressure Iran to end its abuse of human rights, support for terrorists and pursuit of nuclear weapons. Moreover, when we, as Americans, invest in these companies, or buy their products, we are unintentionally undermining the sanctions of our own government and inadvertently giving legitimacy to the brutality of the Iranian regime.

Yet, we have the opportunity to send the world a different message: No more business as usual with Iran.

Each of us has the power to shine a light onto the dark business being done by multinational companies in Iran. We can choose not to buy their products or invest in these companies. Each time that we convince a company to end its business in Iran, we are one step closer to convincing the regime to end its abuse of human rights, support for terrorists and pursuit of nuclear weapons.

For the sake of peace, and the freedom of the people of Iran, it is important to act now.

As Iran Prepares Another Sham Vote, Action Is More Important Than Ever