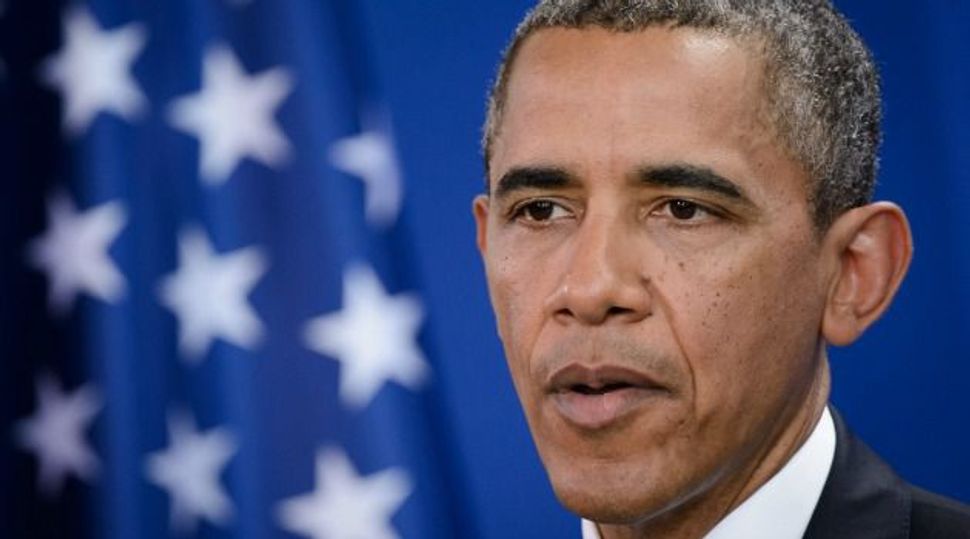 “Noting extensive deliberations in the Situation Room, [the President] added, ‘Unless you’ve been involved in those conversations, then it’s kind of hard for you to understand that the complexity of the situation and how we have to not rush into one more war in the Middle East.’”

That’s how The New York Times reported President Obama’s remarks on June 17. It was a classic governmental dodge. “If you knew what I know, you’d realize I am right. Unfortunately, I cannot tell you what I know, since it is classified. So you have to trust me.”

What are citizens supposed to do? Up against spin, complicated security considerations and outright lies, trust is not easy to come by. And if history is any precedent, our reluctance to trust is well-grounded. Lyndon Johnson used to make a similar appeal regarding Vietnam, even though we now know that he was in fact deeply concerned with our ongoing failure there.

Here is the hard-core truth of the matter: Citizens are obliged to behave based upon what they know. If what they know is constrained by the government’s insistence on limiting what they know, then the government cannot complain that the people, in their view, don’t get it. (Unless, as is too often the case, the citizens are indolent, don’t dig for truth, don’t praise the journalists who do.) There will always be experts who know more than we know; that does not make them wiser. There will always be those more immersed in the minutiae and in secret information; that “extra” knowledge may as readily block their vision as offer illumination.

In 1973, a few weeks before Israel’s very costly war with Egypt, I met with the then-chief of intelligence for the Israel Defense Forces. Quite to my surprise, he spent the better part of an hour with me, the two of us in his cavernous office with a huge map of the region on the wall behind him. The gist of what he wanted me to know came at the end of our meeting. “Look,” he said, “they [the Egyptians and the Syrians] cannot make war against us, and they know that. And if they somehow ignore what they know, then, I promise you, we will be in Cairo and Damascus within three days.”

I left his office reassured. Here was a general of the IDF, whose concern for Israel’s safety was surely profound, telling a professor from Boston not to worry.

The 1973 war started just weeks later. It was a hard war, very hard, with many casualties. The general, Elie Ze’irah, was very soon relieved of his office. And I? I scratched my head. There was no grand lesson for me in his mistaken analysis, save that skepticism is a warranted reaction to statements by people — public officials, alas, in particular.

Now comes President Obama and want us to have a “national conversation” about the trade-offs between security and privacy, this while the Obama administration is busy complaining about security leaks. Some conversation.

I do not know Edward Snowden, whom Jeffrey Toobin describes as “a grandiose narcissist who deserves to be in prison.” But on the whole, I am pleased he chose to blow — and hard — a whistle on government eavesdropping. Some accuse him of treason, a far-fetched accusation. Thanks to Snowden, we now know of PRISM, the mega data-mining effort of the federal government. Are we not entitled to such knowledge? Is it really enough (if true) that key members of Congress have been informed of the government’s surveillance programs?

I don’t want to be naïve. There are, around the world, people who plot against the United States. We are obliged to do our best to identify them and to deal with them. Yes, just as the President says, we must balance our right to privacy with the exigencies of security. But that is ever so much easier to say than to do, and it is harder still for us to judge how carefully that balance has been calibrated.

Presidential assurances are insufficient; so, patently, is the testimony of officials of the security system. Consider, for example, the words of James Clapper, Director of National Intelligence, who, in seeking to “clarify” his claim that the National Security Agency does not collect information on millions of Americans, told NBC News’ Andrea Mitchell that in the course of a Senate Intelligence Committee hearing on March 12, when Senator Ron Wyden (D-Ore.) asked him whether the NSA gathers “any type of data at all on millions of Americans,” he gave the “least untruthful” answer possible.

Perhaps employment in high-level security positions messes people up. Living all day and night with knowledge of the threats we face, living with the awareness that it is they who are charged with defending against those threats – well, one can understand how such people end up with a distorted view of the world.

I wonder how, if at all, they achieve anything like balance.