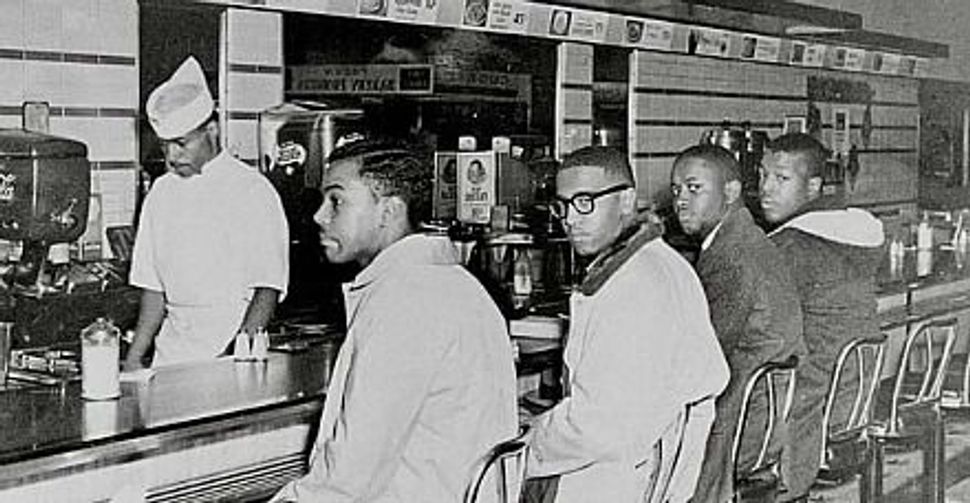 Image by courtesy of the smithsonian 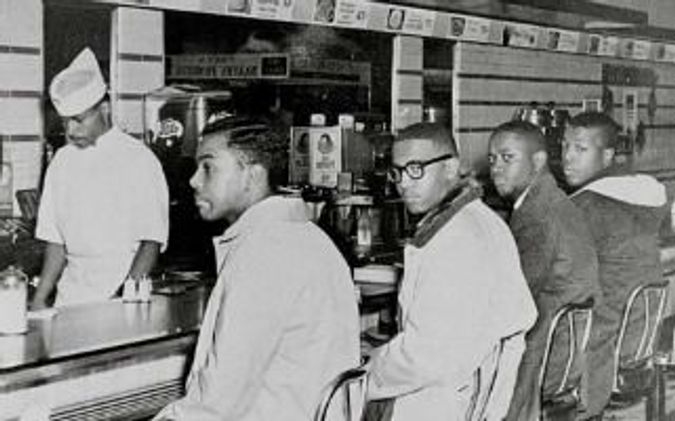 Image by courtesy of the smithsonian

Fifty years ago civil rights activists staged a sit-in at the lunch counter of Woolworth’s in Jackson Mississippi to protest the segregated seating which existed, mandating separate areas for black and white patrons.

Young students from nearby Tougaloo College, both black and white, sat together at the “whites only” counter, waiting futilely to be served. These brave young students were attacked by local citizens who felt that their way of life was being threatened. The mob screamed, cursed, spat on and punched the people sitting-in at the lunch counter. They poured coffee, salt, pepper, sugar, ketchup and mustard on them. They hit them with brass knuckles.

Eventually, after several hours of violence, the police moved in to break up the mob.

Prior to the sit-in, Medgar Evers, then the Field Secretary for the NAACP in Jackson, wrote a letter indicating their intent. “We are determined to end all state and local government sponsored segregation in the parks, playgrounds, schools, libraries, and other public facilities. To accomplish this, we shall use all lawful means of protest,” Evers wrote.

But the protests resounded — and humanity prevaile. A year later, Congress passed the 1964 Civil Rights Act, prohibiting discrimination based on race.

Reading today about this historic struggle in American history reminded me of my own experience last month on May 10 (Rosh Chodesh Sivan), when I was privileged to be a participant with the Women of the Wall in Jerusalem.

Strangely similar to the accounts of the struggle in Mississippi were the screams, the taunts, the cursing, and even the spilling of food, such as water and coffee by the Haredim, who were protesting the existence of the Women of the Wall, our prayers, our tallitot, our voices rising to the Heavens.

Like the mob in Mississippi, they were worried that their way of life would be threatened.

Very different from the descriptions of the protests in Mississippi was the extraordinary kindness, caring and compassion of the Israeli police and soldiers towards the Women of the Wall and our male supporters. Since a judge’s ruling that women were allowed to pray at the wall, adorned in tallitot, the police were careful to protect us from the mob.

As we left the Kotel area through the Dung Gate, the government provided buses for us to transport us to safety, away from the mobs who at that point were throwing rocks, spitting and shaking the buses violently.

Two stories, 50 years apart, and yet so similar. It’s not just a Jewish problem. Fear and terror of the other, the person of another race, another gender, another way of praying leads to the dehumanization of the other.

Terrified and ignorant mobs then attack the dehumanized other by throwing things—insults, curses, food, fists and rocks. They cannot face their worry that the other may open up new ways of viewing the world.

If we live long enough and continue to sit and march and protest and pray, justice usually triumphs. Just two weeks ago, a monument was installed at the site of the Woolworth’s counter, honoring those who sat and fought for freedom.

On Rosh Chodesh Tammuz, there was a Women of the Wall prayer service that was not marred by violent protest. Perhaps one day there will also be a plaque honoring the Women of the Wall for their courage. Hopefully, it will be installed somewhere in the Kotel plaza, where every Jew can see it.