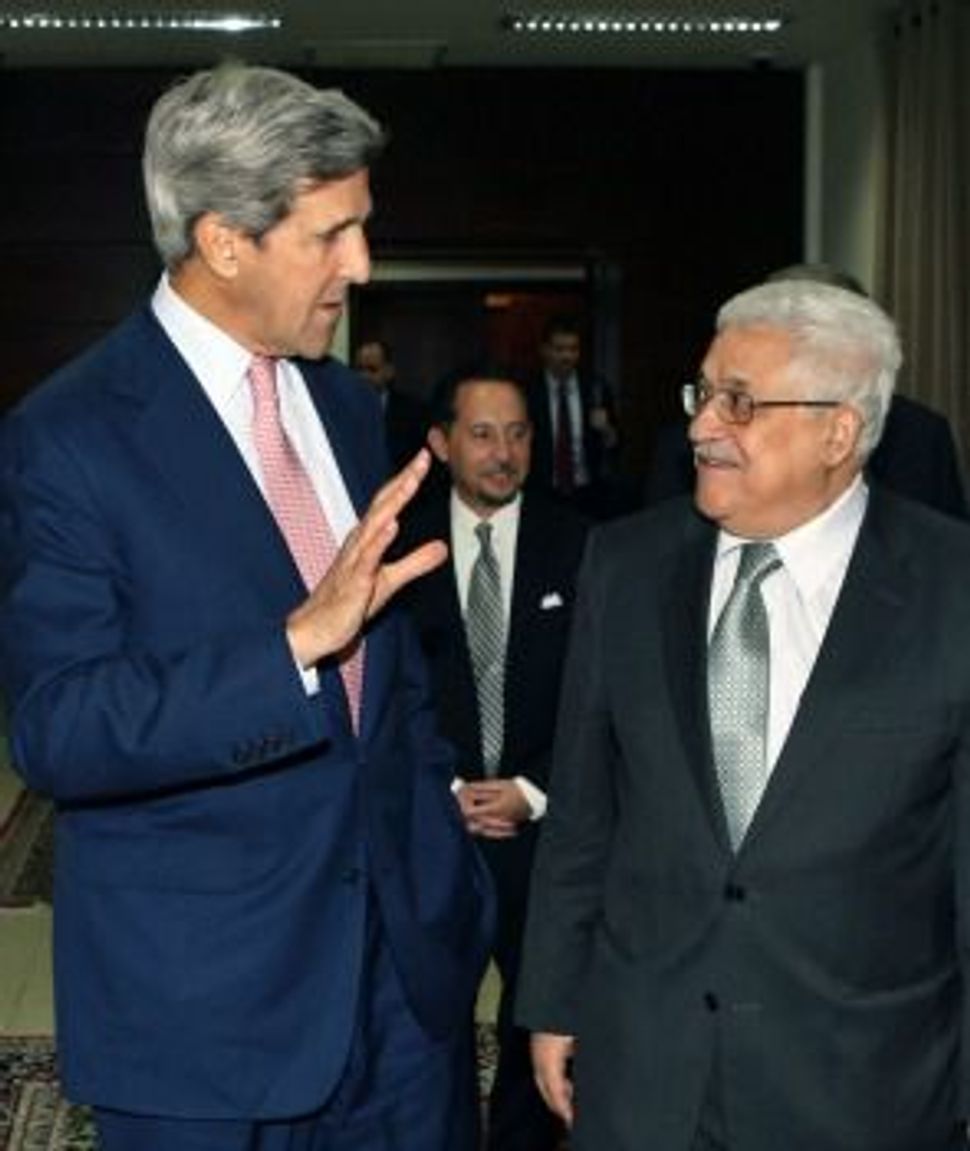 The Times of Israel reports that a Palestinian Authority spokesman is denying Yaari’s report—but the accompanying quote seems more like a refusal to confirm rather than an outright denial (“’Please refer to official Palestinian sources and not the off-the-record game,’ an aide to Palestinian negotiator Saeb Erekat said.”)

Abbas will explain his intentions and discuss the terms of the negotiations with Secretary of State John Kerry when he returns to the region on Thursday. According to Yaari, Abbas intends to return to the table for a limited period to test the intentions of Israel’s Prime Minister Benjamin Netanyahu’s intentions and see if Netanyahu is serious about reaching an agreement. If Abbas concludes that Netanyahu is not serious, Yaari says, he will go back to the United Nations and say that the Palestinian Authority “cannot function under the circumstances.”

In Jerusalem, meanwhile, “ranking political sources” are quoted by Yisrael Hayom expressing doubt about Abbas’s intentions. An unnamed official is quoted saying there have been such reports in the past and the test is deeds, not words: “Nobody will be surprised if Abu Mazen [Abbas] intends to renew the talks just so he can end them in a few weeks while blaming Israel for sabotaging the contacts and afterwards going back to the U.N. to ask for recognition of a Palestinian state within the 1967 borders.”

Yaari reports that his Jerusalem sources are saying the important test is whether the Palestinians stay at the table for the long haul.