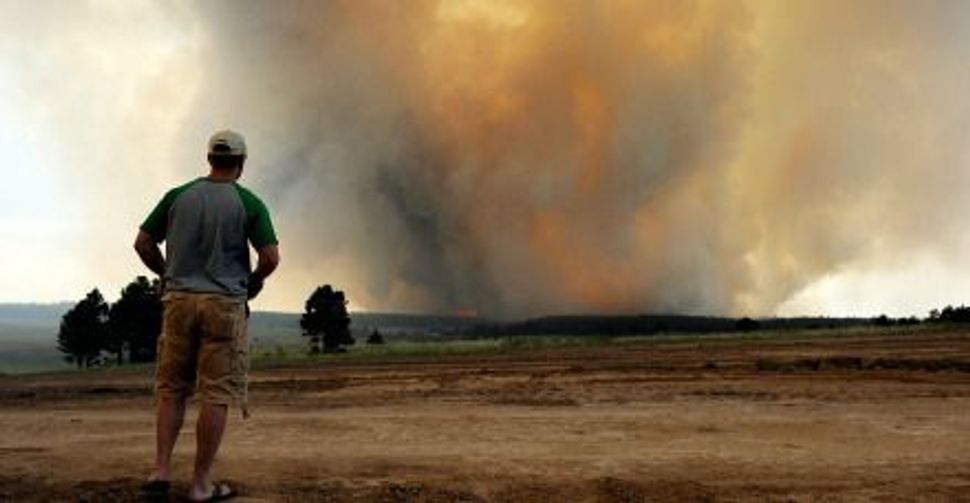 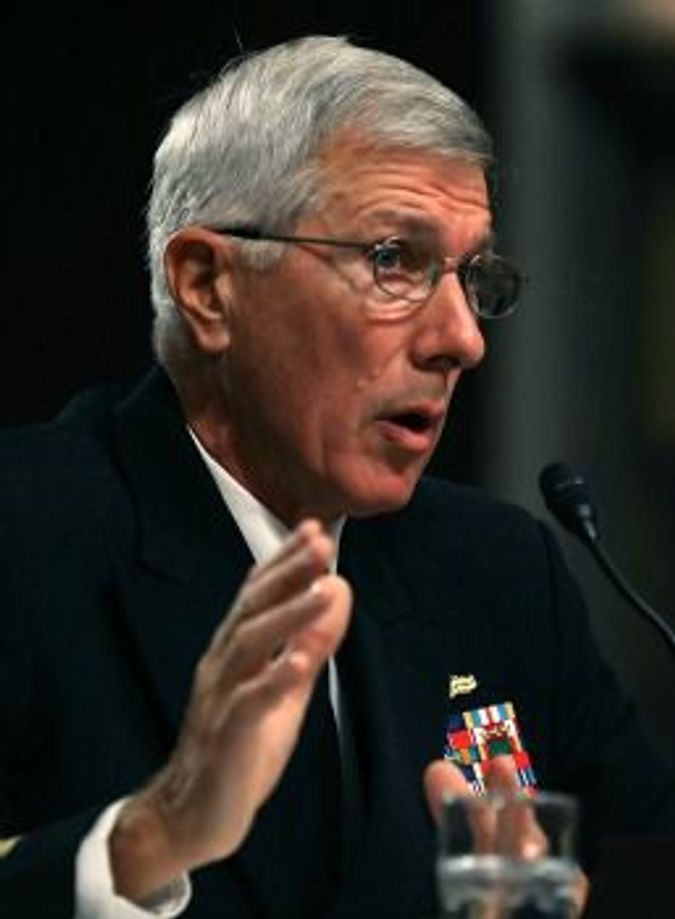 In the latest climate news: heat waves and wildfires in the West, record flooding in the Northeast. But first—get this—top British and American military brass warn that climate change constitutes one of the most serious security threats (that’s the British view—the American says it’s the most serious) facing the two nations in the decades ahead.

The Brit is Rear Admiral Neil Morisetti, who recently took over as the British foreign ministry’s top climate official. He says climate change is as serious a threat as terrorism or cyber-attacks, and that “governments could not afford to wait until they had all the information they might like. ‘If you wait for 100% certainty on the battlefield, you’ll be in a pretty sticky state,’ he said. The increased threat posed by climate change arises because droughts, storms and floods are exacerbating water, food, population and security tensions in conflict-prone regions.”

The American is Navy Admiral Samuel J. Locklear III, commander of U.S. forces in the Pacific. He says that changing climate is the most serious threat on the horizon to U.S. security in the Pacific—more serious than “hostile actions by North Korea, escalating tensions between China and Japan, and a spike in computer attacks traced to China.” Worth a read.

About that heat wave: Harvard University climatologist Martin Tingley talks to National Geographic about his study, published in Nature in April, that found that the years 2005, 2007, 2010 and 2011 were warmer than any year going back 600 years, to 1400.

Tingley says it’s impossible to blame anthropogenic (man-made) climate change directly for the triple-digit heatwave currently crippling the American West. What he does say, intriguingly, is that based on “the meteorological charts, it looks to be a blocking event. That happens when there’s a particular configuration of the jet stream that’s quite stable. So there’s a big high-pressure ridge on the West Coast and a low-pressure trough in the East Coast. That’s why it’s quite rainy here [in Cambridge, Massachusetts] and very hot on the West Coast.”

Alert readers will recall that I’ve written several times recently about the role of climate change in generating those jet stream-related “blocking events.”

The jet stream was implicated in the Hurricane Sandy disaster last fall (not in causing the hurricane, but in redirecting it into a rare head-on collision with the New York-New Jersey coastline) as well as the recent monster tornadoes that struck Oklahoma and environs. The connection is the melting of the Arctic polar ice cap, which warms the polar air and creates a southward bulge in the jet stream.

It’s worth recalling the financial and human costs that the heat wave and resultant wildfires are exacting, including the deaths of 19 firefighters in northern Arizona this week. Also worth noting is that state and federal resources for preventing and combating wildfires are suffering massive cuts right now because of the federal budget sequestration—at a time when heat waves and consequent wildfires are going to be on the rise.

On flooding: Popular Mechanics reports on a paper by Neil Pederson and his colleagues at the Columbia University tree-ring laboratory, published in February in the Journal of Climate, showing that “this summer’s floods are occurring 45 years into the wettest period the Northeast has seen in at least 500 years.” The article includes some rather startling charts.

Even more alarming, according to this report on Pederson’s study, which was published last February at ClimateCentral.org, Pederson and co. warn that the current flooding trends might be “masking” a growing threat of serious drought hitting New York in the next few decades.